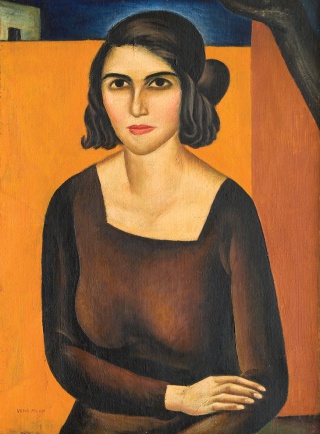 Established in 1973, the Pilon Gallery houses a permanent collection of works by Slovenian painter, graphic artist and photographer Veno Pilon (1896–1970), including a representative selection of oil paintings (landscapes, portraits and nudes) which rank Pilon among the most important modernist artists of Europe. The gallery is the first monographic gallery in Slovenia based on the author's legacy.

Beside the Pilon permanent collection, the gallery gathers two further collections: The Friends of Pilon Collection and Vipavski Križ Collection.

The gallery was founded after Pilon's son Dominique donated to the town of Ajdovščina his father's artistic legacy, a rich collection of artworks and an archival collection comprising documents, manuscripts, correspondence, books and personal belongings as well as varied memorial material, including the literary legacy of Walter Bianchi. The collection was later enriched by purchases and other donations.

The gallery premises consist of two houses, the first being the Pilon homestead, which also used to be the bakery of the painter's father. The façades of the two houses, as well as the interior of the painter's homestead with all its architectural details, were preserved and renovated by Svetozar Križaj (1921–1996), who received the 1976 Plečnik Award for the renovation.

The works of the Pilon Collection are arranged in chronological order and by art form: they start with Pilon's first art assignments at secondary school in Gorica and continue with views of Gorica and Ajdovščina (oil and watercolours) from the period before World War I; drawings and watercolours from the time he was a prisoner of war in Russia; sketches from his travels and study in Prague, Florence, and Vienna (with a special display case containing a selection of documents, photographs, and letters); Pilon's graphic art production from his Prague and Florence period; portraits and still-lifes in different techniques; and one room entirely dedicated to his drawings.

The last room (which was the painter's studio) contains drawings and prints dating from his Parisian period until the late 1950s. The corridor features two sculptures – of the notary Artur Lokar and the writer Ivan Cankar – as well as some portrait drawings of Slovenian artists. A photographic section in the attic displays Pilon's work in Paris from the 1930s onwards, including portraits, still lifes, and vedutas.

Collection of the Friends of Pilon

This collection includes works of artists who are somehow connected with Pilon or the Pilon Gallery. In 1971 it included the work of twelve of Pilon's immediate friends and acquaintances. The enrichment of the collection happened after the first exhibition of works of the Friends of Pilon in 1978. Further works were gained from the periodic exhibitions prepared in the remembrance of Veno Pilon. The collection has steadily expanded in the last few years also due to the Castrumfoto International Workshop. 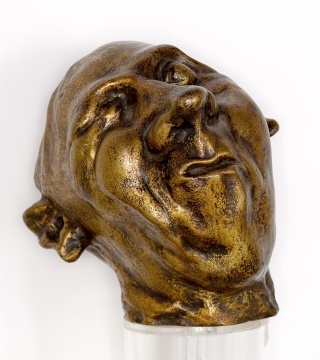 In 2011, a memorial room dedicated to Lojze Spazzapan was opened for public. Lojze Spazzapan was Pilon's close friend and sculpted his witty portrait head in bronze in 1925. Seven paintings that were donated to Pilon Gallery by the artist's daughter, represent Spazzapan's opus from his Torino period. The gallery houses also archives related to the artist.

The Vipavski Križ Collection is the result of summer art workshops between 1988 and 1999 in Vipavski Križ which aimed formed as meetings of local and foreign artists to open the cultural boundaries in Europe of the Alps-Adriatic region.

Each of the ten workshops was led by a curator who chose the artists and designed the exhibition. The collection arises from works each artist left to the gallery at the conclusion of the workshop. Altogether more than 100 works of various techniques and types comprise the collection built up of 82 artists belonging to different generations and nationalities. A great deal of them were Slovenians, others came from various regions of the Alpe-Adriatic. The collection also comprises works of sculptors. 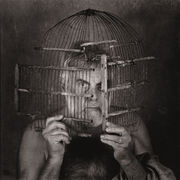 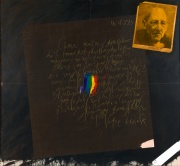 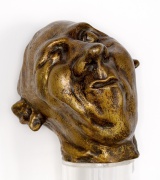 Veno Pilon, a portrait in bronze by Lojze Spazzapan, 1925. Spazzapan was Pilon's contemporary whose works and documents are also housed at the Pilon Gallery Collection. 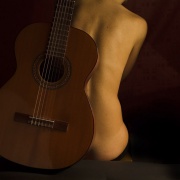