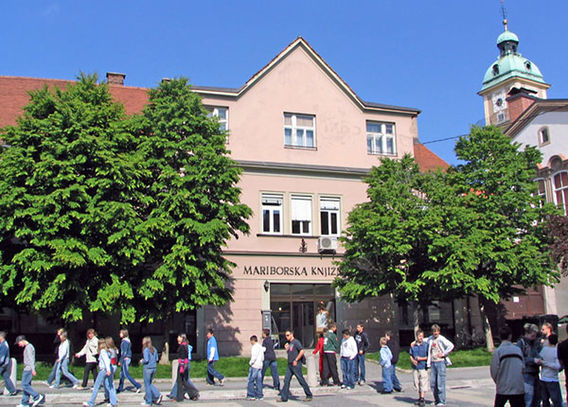 The Maribor Public Library manages a network of 18 branches and a mobile library service. The library is committed to offering its users access to information, education and culture in the broadest possible sense. Comprising the main unit and its branches are several departments and collections, for example, a toy collection, a sheet music collection, music and video collections, as well as audio book and large print book collections. In an effort to reach all its members, the library provides home and hospital library services to individuals unable to visit the library in person.

The plans for the Maribor Public Library renovation have been withheld for a long period of time, and several public demands were addressed to its proprietor, the Municipality of Maribor.

Library-goers of all ages can take part in a number of events and activities organised by the library, such as literary evenings, book clubs, exhibitions, lectures, and story-telling hours. Elderly users can choose among educational courses and monthly meetings with lectures, while a lifelong learning point is also located in two of the library's units.

For a number of years now, Maribor Public Library organises an annual festival of fairy-tales and story-telling, which offers a variety of activities and performances, including an educational course in the art of story-telling. The library is open to the development of new activities and welcomes cooperation with similar institutions in Slovenia as well as abroad.

A Child and a Book publication

The library publishes Otrok in knjiga [A Child and a Book], an internationally-acclaimed journal dedicated exclusively to youth literature.

Maribor Public Library unit Rotovž in the centre of the city, 2006

The mobile library service of the Maribor Public Library, 2006

The film collection at the Maribor Public Library, 2008 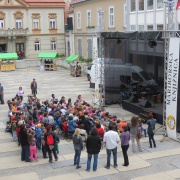 The Maribor Public Library Day stage at the Rotovž Square in the centre of the city, 2013
Retrieved from "https://www.culture.si/w/index.php?title=Maribor_Public_Library&oldid=291596"
Categories:
Hidden categories: