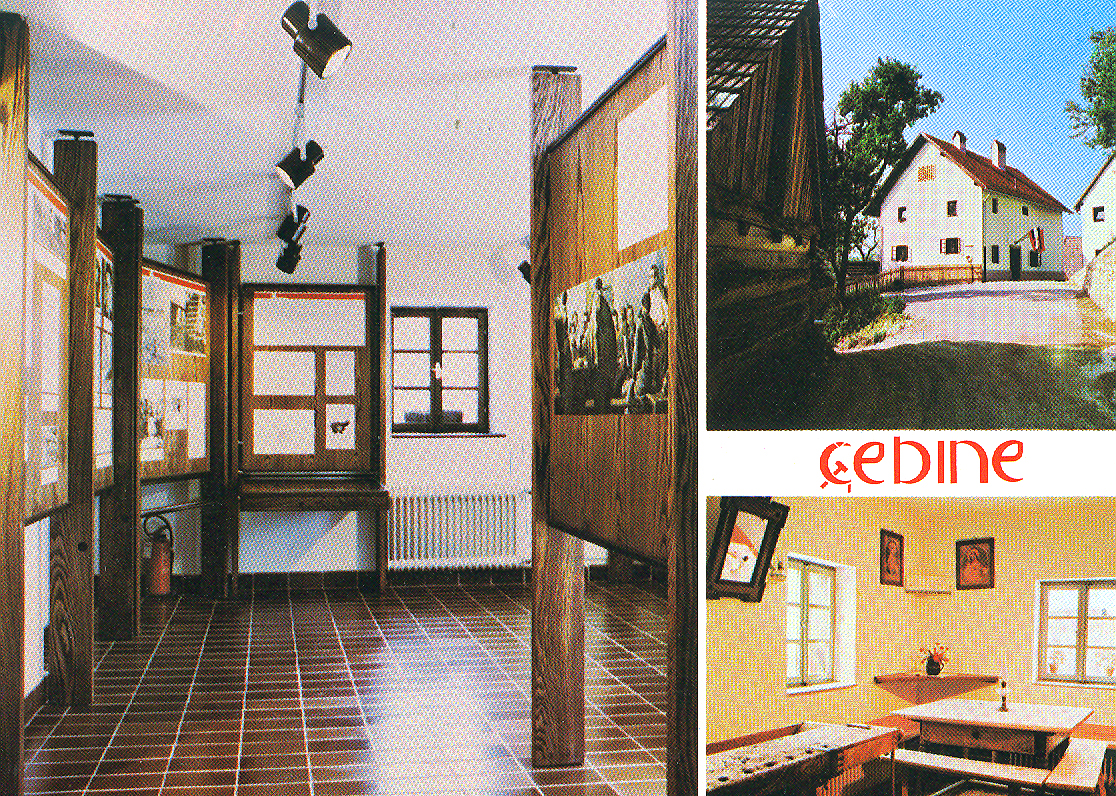 Interior and exterior views of old BarliÄ homestead that houses the memorial room, established 1985, commemorating the founding of the Communist Party of Slovenia, Äebine 1937

Located in a substantially altered old Barlič homestead, this memorial room commemorates the Founding Congress of the Communist Party of Slovenia, which was held here in 1937. The room was set up in 1985 and contains original period furniture, and two panels illustrate the events which occurred here.

One display relates to the Communist Party's manifesto, which was one of the first documents to draw attention to the threat to the Slovene nation: the rapidly increasing penetration of fascism and national socialism in Slovenia and the negative politics of Great Serbia, which also had its supporters in Slovenia. The manifesto called upon all progressive forces to unite in the struggle for the survival of the Slovene people. The museum also presents the period between the two wars. 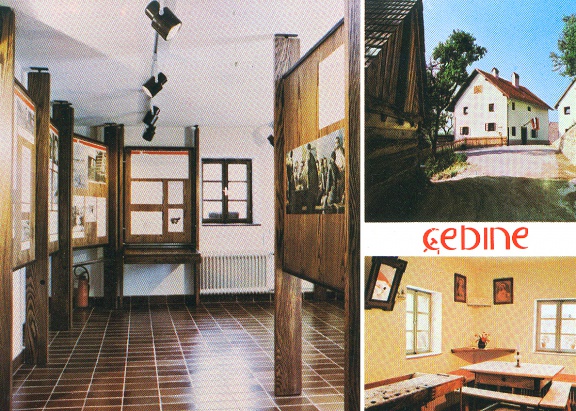