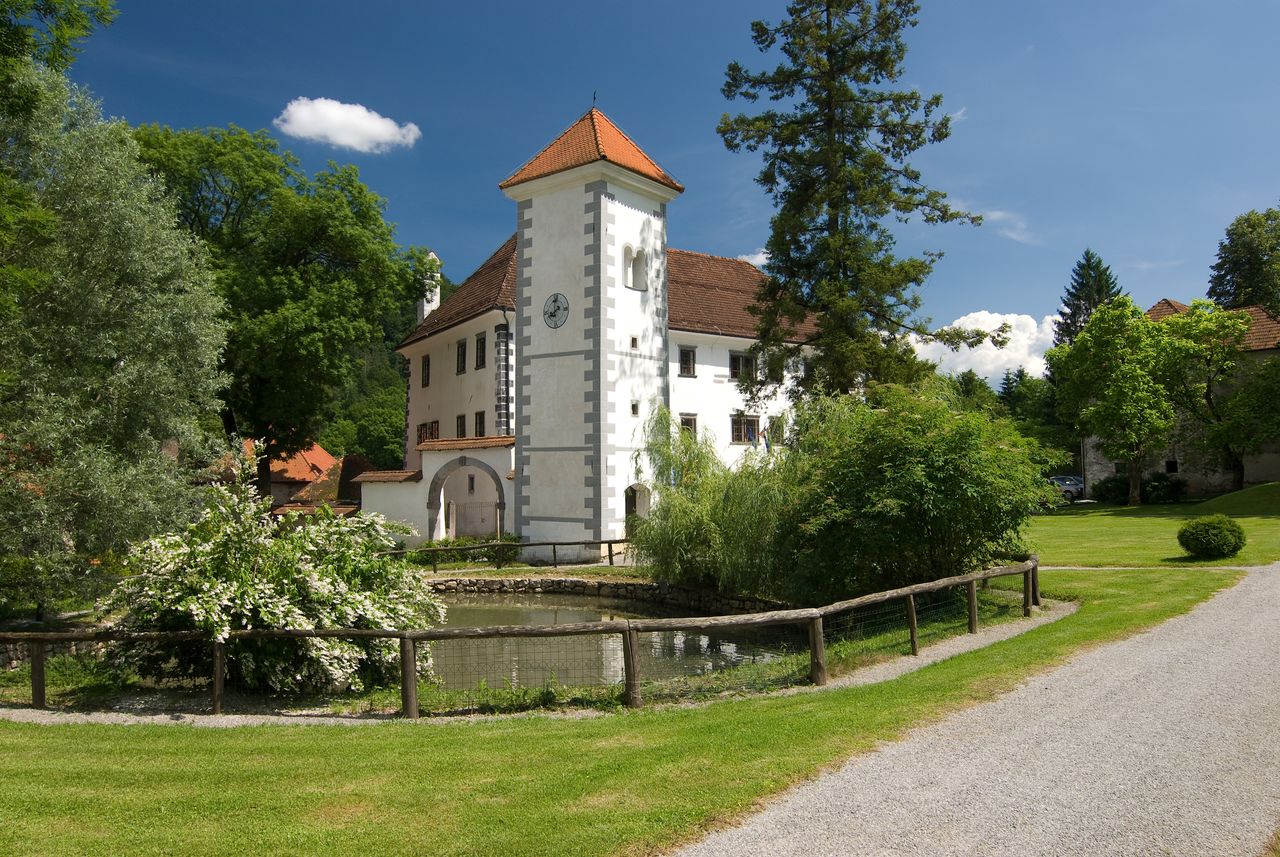 The Museum of Post and Telecommunications, which had been housed in Škofja Loka since 1985, was moved in June 2008 to Polhov Gradec mansion. The renewed museum collection was co-established by Pošta Slovenia and Telekom Slovenia, while it remains a separate branch of the Technical Museum of Slovenia. The museum includes displays of national postal history and the history of telecommunications. The museum also houses a collection of stamps. The majority of the exhibited technical exponents are still functioning. Visitors with minor technical knowledge can also become acquainted with the operational basics of various electrical, optical and acoustic appliances used for transmitting information.

As the oldest communications institution in Slovenia, it has in its time been closely connected with the development of the economy, politics and culture. The origins of the museum may be traced back to the Museum of the Hungarian Crown Post Office (which in those times was also responsible for what is today the Slovene region of Prekmurje) which was founded in Budapest in 1887. The Austrian portion of the Habsburg Empire, which at the time administered the remaining Slovene-speaking regions (that is, Carniola, Styria, Carinthia, Gorizia and Istria), set up its own museum in Vienna in 1891. Following the dissolution of the Austro-Hungarian Empire in 1918 and the establishment of the new Kingdom of the Serbs, Croats and Slovenes, the Belgrade authorities issued a decree on the foundation of a Museum of Post and Telegraphy in Belgrade, prior to the enforcement of the first legislative act on the regulation of postal, telegraph and telephone services in the new state. The story was similar after the end of the Second World War, when an arbitrarily political decision was made to establish a single postal museum for the entire Yugoslavia in the federal capital. Despite this, however, the Belgrade-based National Museum of Post, Telegraphy and Telephony was not actually instituted until 1958, and Croatia was the only constituent republic of the former Yugoslavia to found its own postal museum during the 1950s.

The renewed museum collections include the following sections: "The History of Post" (all the numerous forms of transfer and transmission of news, information, money and goods, from ancient times right up to the present day), "The History of Telecommunications" (demonstrations of telegraphy, telephony and broadcasting, the evolution of telecommunication media traced through a series of special models, which illustrate the working principles, detailed information and graphical illustrations), the section "Women in Telephony and Telegraphy" (how developments in telegraphy and telephony contributed to the creation of new jobs during the 20th century which were mainly occupied by women), "Živa's Corner" where the youngest museum visitors are introduced to the development of transport and the history of message transmission from ancient times to the present day, in funny and appealing ways.

The new installation under the title The Beginnings of the Mobile Phone Systems in Slovenia was curated by Ljudmila Bezlaj Krevel and presents a new collection of the mobile phones. The exhibition comprises also the multimedia presentations of the telegraph network, the production of phone devices, the building and montage of the central. The collection has been enriched by films and animations on the theme of the post as well as with several maquettes of the postal carriages, reconstructions of the post offices of various periods, a selection of the uniforms of postmen and various postal vehicles (carriages, bicycles, motorbikes, etc.). One of the museum objects was returned to the town of Polhov Gradec: a post horn from 1869 was owned by the Tomažič family who ran the post in Polhov Gradec in the late 19th century. 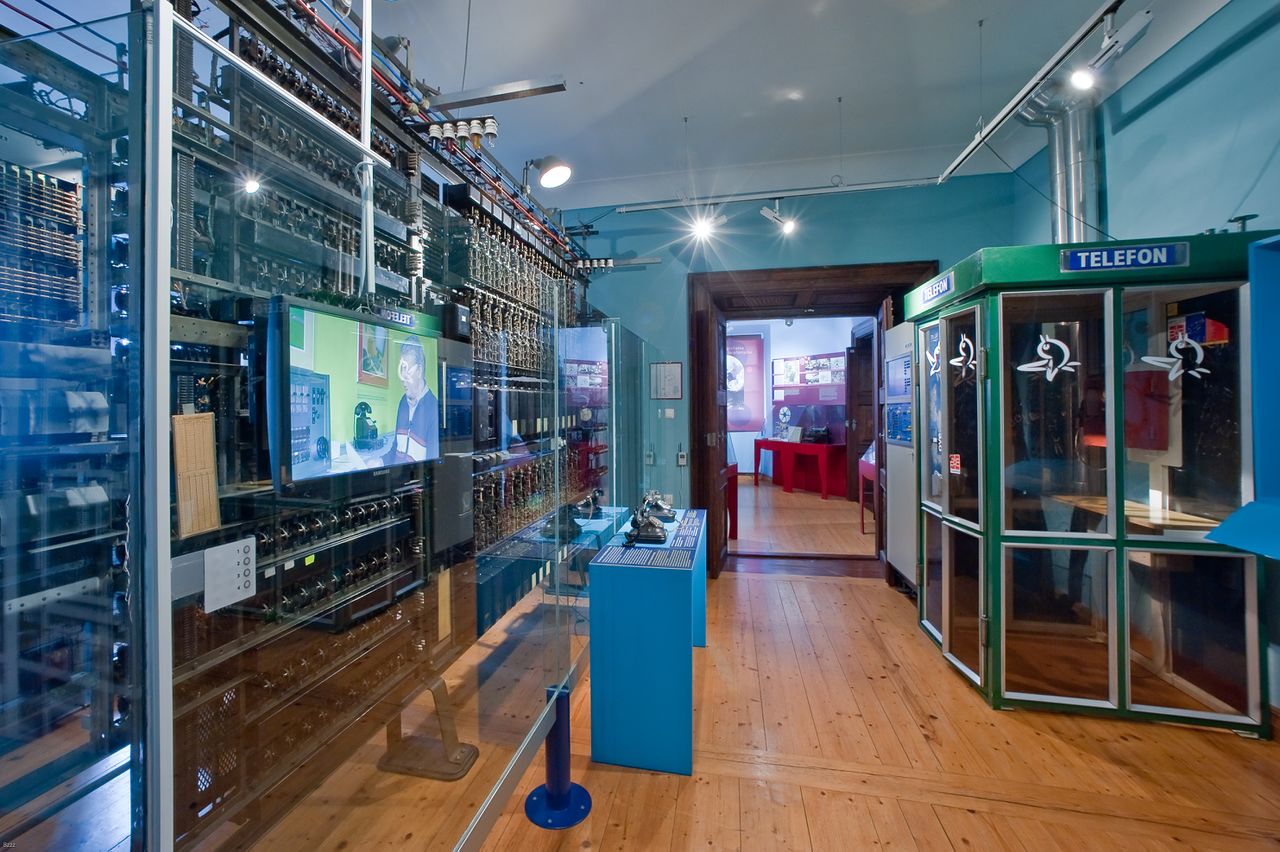 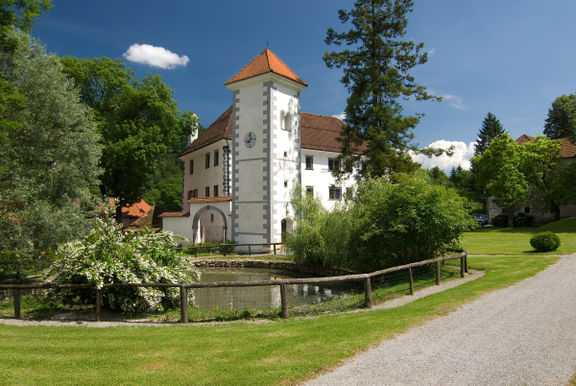 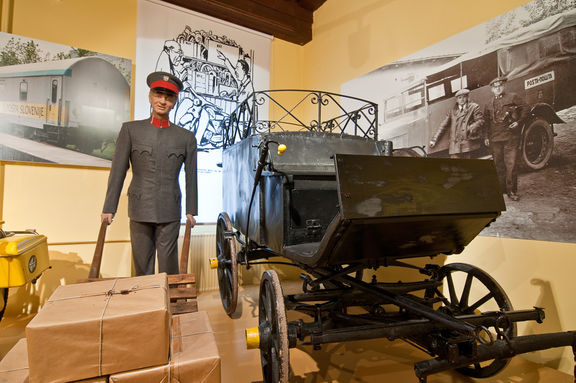 Postal carriage, part of the presentation of development of postal services from ancient times until the present at Museum of Post and Telecommunications 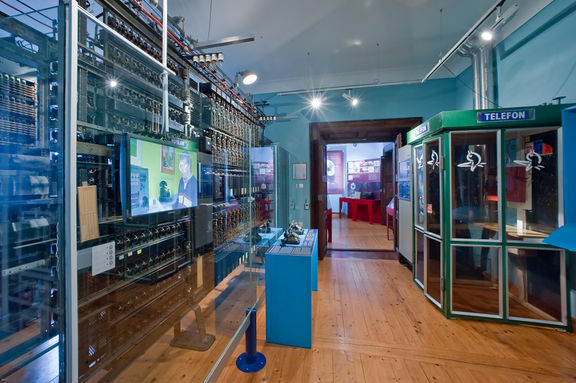