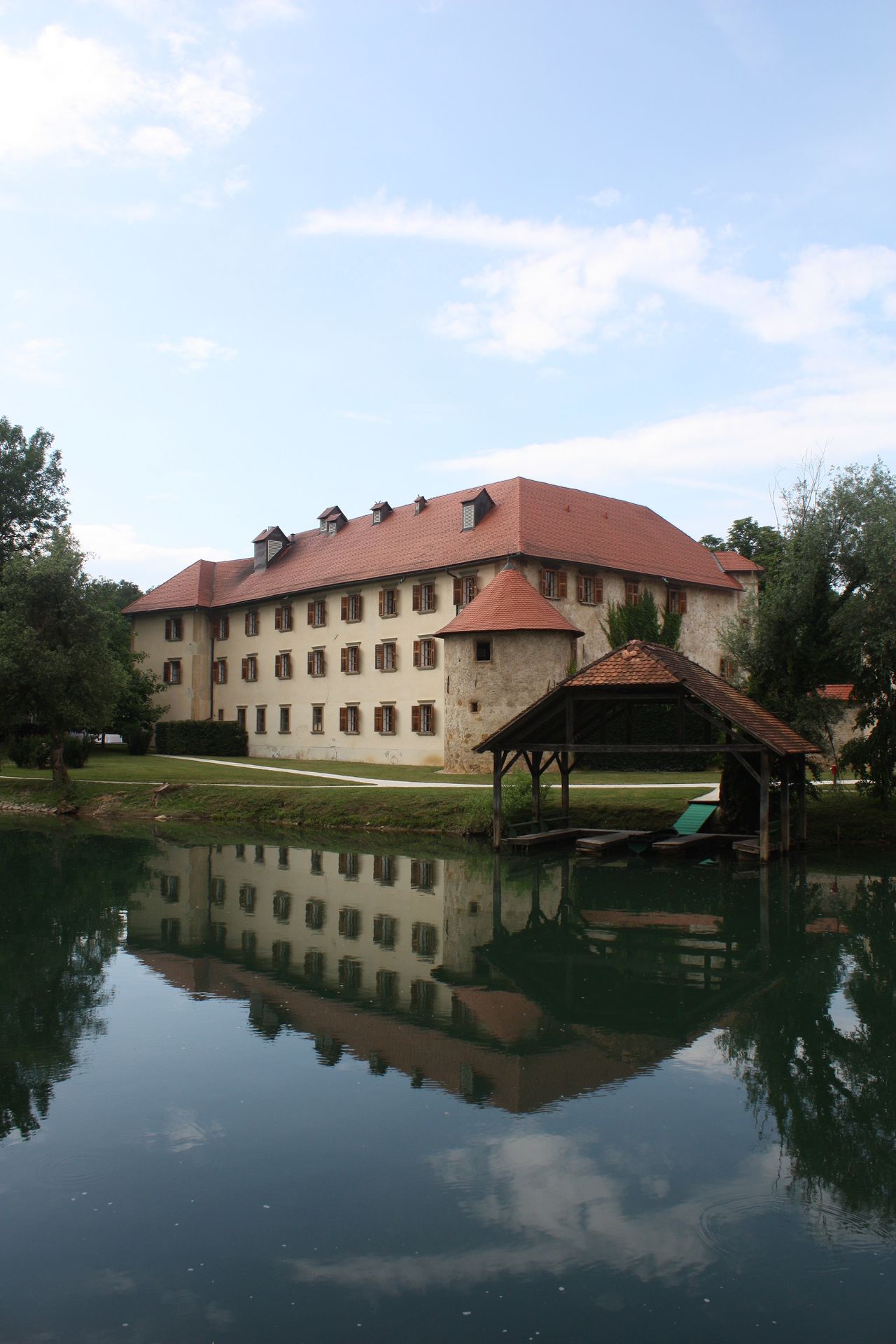 The Otočec Castle with the Boat House, 2013.

Located on an island in the river Krka, seven kilometres east of Novo mesto, Otočec Castle was first mentioned in 1252 as a property of the Counts of Višnja gora. It changed hands many times over the subsequent centuries, but its present appearance was created during the Renaissance period when it became the property of Baron Ivan Lenkovič, general of the 'Vojna krajina' region. Minor alterations continued under subsequent owners, right down to World War II when it was burnt down by partisan forces. After the war the castle was renovated and converted into a hotel. In recent years it has been extensively refurbished and now functions as a five-star hotel hotel resort managed by Terme Čatež, Slovenia's largest health resort operator.

The castle and its immediate surroundings offer one of the most magnificent landscapes of Slovenia which was described by the writer Ivan Tavčar in his novels Janez Sonce and The Island and the Stream.

The castle has rectangular fortress walls, including four circular-shaped towers for defence and a rebuilt central defence tower above the entrance to the inner courtyard. The castle chapel used to stand in the courtyard wing but was later moved to the western defence tower. The castle was declared a cultural monument of national importance by the Act of the Government of the Republic of Slovenia, Uradni list No 81/1999. 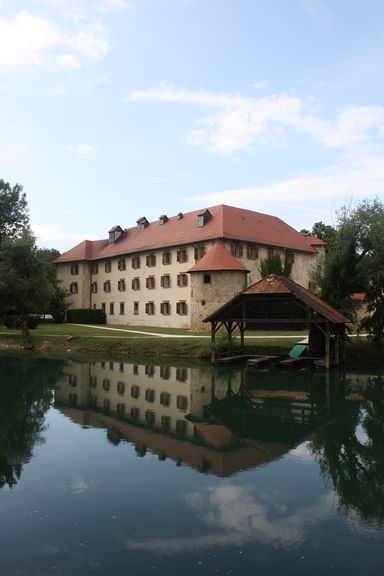 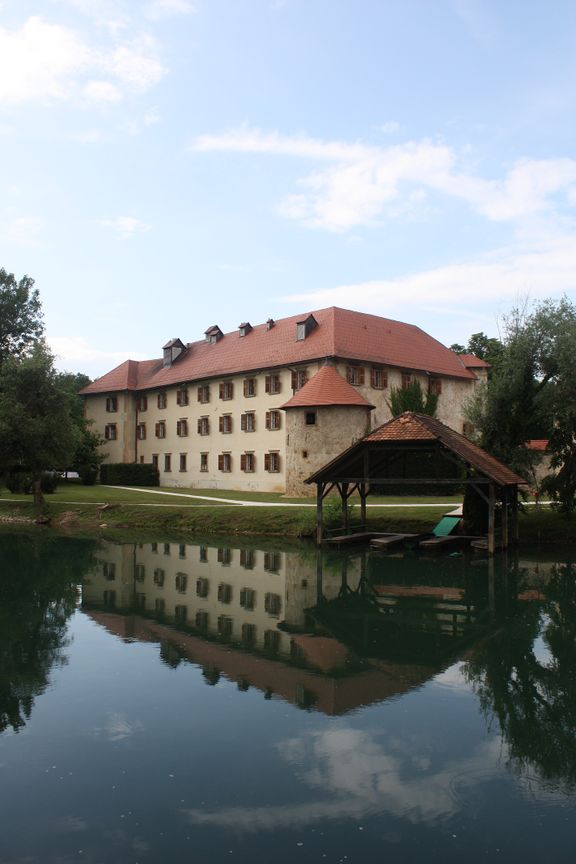