Protestantism and the First Slovene Books

From Culture.si
(Redirected from Protestantism and the first Slovene books)
Jump to:navigation, search 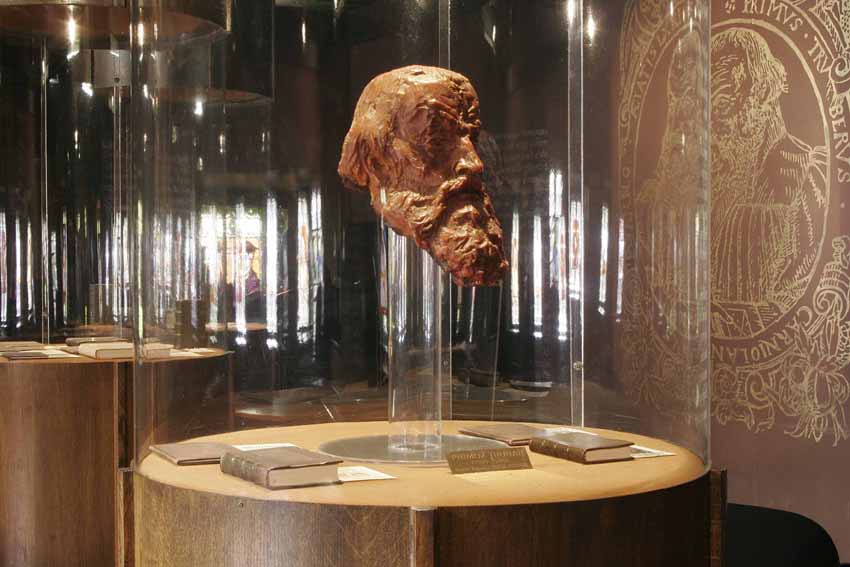 Slovenes took great advantage of two important events that happened at the end of 15th and the beginning of 16th century: Gutenberg’s invention of print and the new movement inspired by Martin Luther, the Reformation of the Catholic Church and the establishment of the Protestant Church in Germany and all over Europe. Just over twenty years after Gutenberg’s machine was first introduced, it was used to print the first words ever in Slovene: cri de guerre of the 1515 Slovenian peasant revolt Le vkup, le vkup, uboga gmajna! ("Unite, unite, you wretched folk"), while the Protestantism deeply affected important Slovene men of letters Primož Trubar, Sebastijan Krelj, Jurij Dalmatin and Adam Bohorič.

Excommunicated from the Catholic Church, Protestant reformer Primož Trubar (1508-1586) moved to Germany in 1547. He subsequently wrote the first two Slovene books, Catechismus and Abecedarium, at Rothenburg and had them printed in 1550 at Tuebingen. Abecedarium, a reading primer that was published as an 8-page supplement to the Catechismus, was to help Lubi Slovenci inu bratje (Dear Slovenes and brothers), as Trubar addressed the readers in the preface to the Catechismus, using, for the first time in history, the word Slovenes, to learn how to read. The theological imagery of Catechismus, which also contained the first Slovene musical manuscripts in print, demonstrated the author’s interest in Lutheranism and other reformist religions.

While Abecedarium and Catechismus are the first books to have been published in Slovene, it is Trubar’s later works that, to many, signify the advent of original Slovene prose, poetry, philosophical thought and writing on political matters as well as theological discussions. He also inspired three other important Protestant reformers to work: Sebastijan Krelj, who worked on adapting the Latin script to suit the Slovene language and published Otrozhia biblija [Children’s Bible] in 1566, Jurij Dalmatin, who translated the integral text of the Bible in 1584 and Adam Bohorič, further adapted Krelj’s alphabet and fixed it to a scripture, known as bohoričica (in use until the mid-19th century, when it was replaced with the present day Slovene version of gajica), and published the first grammar of the Slovene language, which he called Articae horulae succisivae [Zimske urice proste, or Spare Winter Hours], a comprehensive theoretical grammar which was the basis for Slovene linguistics for decades to come. So, while the 16th century may have not produced great literature, it did give the language and the society a sound base on which to build. The progress was slowed down with the arrival of counter-reformation movement and the zealous bishop Tomaž Hren, who was not keen on having protestant theology shaping the nation’s mind (but he refrained from destroying Dalmatin’s Bible), but it never stopped completely.

At the first glance, it may seem that the 17th and early 18th didn’t produce any important literature; however, there was still important social progress made, as well as progress in science that in turn helped spur the Enlightment at the end of the 18th century. In addition to the establishment of various academias, two men must be mentioned: Janez Svetokriški (Tobias Lionelli), a preacher whose sermons are a fine example of baroque language, as well as of the dialect of the Upper Vipava valley where he was from, and in which the life of 17th-century Slovenes and their habits are recorded, and Janez Vajkard Valvasor, a polymath and the author of The Glory of the Duchy of Carniola and a fellow of the Royal Society in London (from 1687).