Established in 2010, the Public Institute Ribnica Handicraft Centre is responsible for managing the Mikl House Gallery at the main Ribnica square, and the Museum of Ribnica (located at the Ribnica Castle). Additionally, the institute runs the Museum Shop (also web-based, selling various wooden-ware and pottery products) and takes care of the many (educational, cultural, and touristic) activities related to handicrafts. The latter is a staple of Ribnica, a town with a long tradition of cottage industries.

The Ribnica Handicraft Centre is located in the renovated manor called Marof, next to the Ribnica Castle.

Basically, the main goal of the institute is the preservation and development of the region's cultural heritage. Furthermore, the institute is developing local tourism programmes, with the centre also acting as the town's tourist information office.

In Slovenia, the valley of Ribnica is widely known for its cottage industries, boasting a tradition of several hundred years. Documents from the 14th century first mention Ribnica's suha roba, the wooden arts and crafts (provisionally translated as "dry goods"). With the 1492 merchant decree of Emperor Friderik III, suha roba spread all over the Holy Roman Empire and provided the economic self-esteem to the people of the region who built-up Ribnica as a religious and cultural centre.

To preserve the tradition, the woodenware-making region in 2004 acquired a geographical designation with the name "Woodenware of Ribnica". Pottery is predominantly made in the south of the valley, with the best-known pottery product being the "Ribnica whistle", which basically looks like a "horse whose bottom whistles". The Ribnica Fair of Woodenware and Pottery is held every first Sunday in September.

At the centre, one can see local artisans in action, as visitors are taken through the captivating processes of creating these wooden products. Workshops for visitors to join in are also organised.

The premises of the Ribnica Handicraft Centre holds an exhibition of the Museum of Ribnica dedicated to Dr. Zmaga Kumer, who devoted her life to studying folk music and was an important member of the ethno-musicological community in Slovenia and Europe. 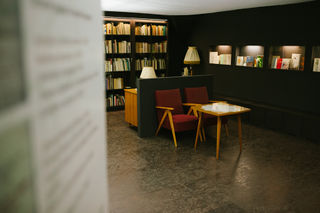