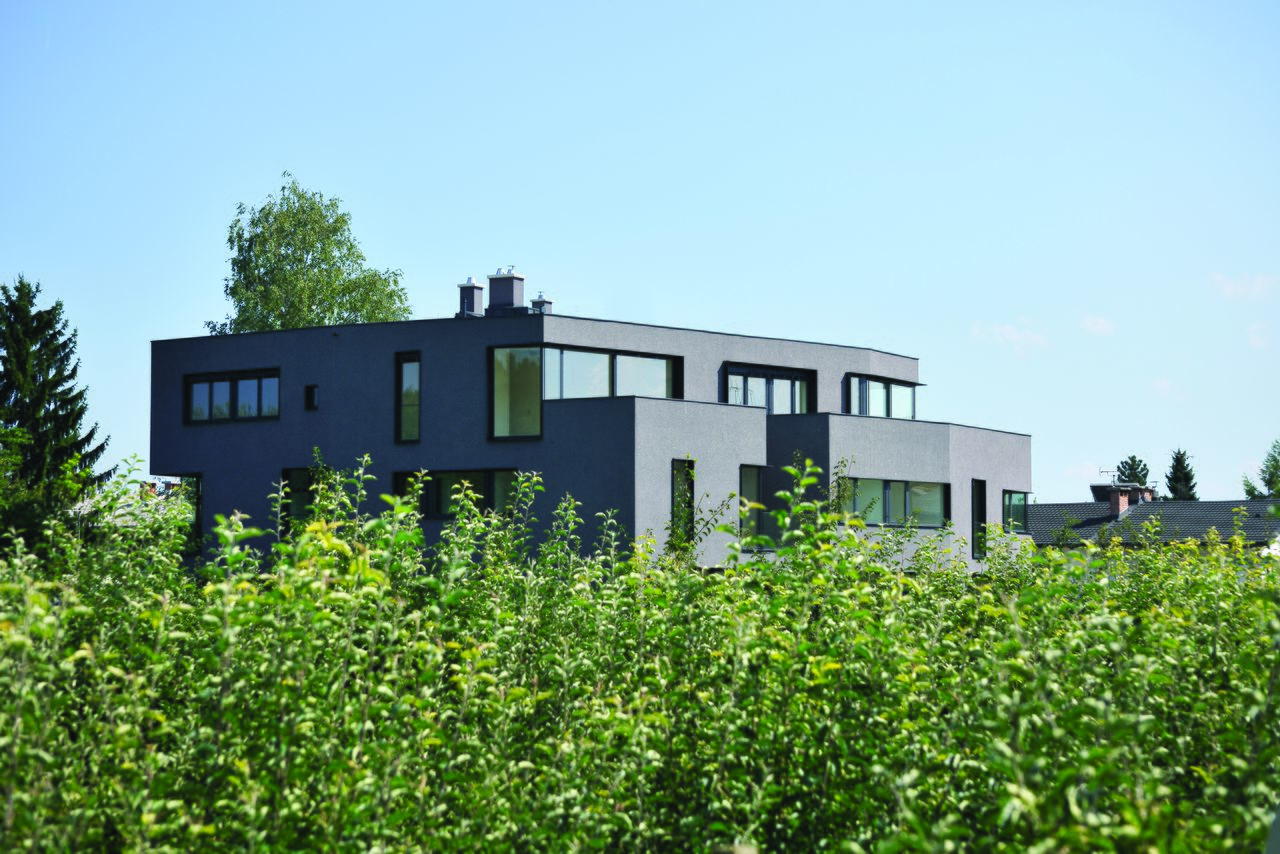 Since being founded by Lena Krušec and Tomaž Krušec in 2002, ARK Arhitektura Krušec has positioned itself as one of the most acclaimed practices in Slovenia.

Despite its compact size (only four architects), the team embodies best practices in contemporary and sustainable architecture and has developed a reputation for skillfully managing the relationship between man-made structures and natural environments.

The studio heads studied at the Faculty of Architecture in Ljubljana, graduating under the mentorship of professor Aleš Vodopivec. Tomaž continued his studies at the Accademia di Architettura di Mendrisio (CZ) and is now himself a lecturer at the faculty in Ljubljana.

Though in many ways restrained, works by Arhitektura Krušec rarely fail to attract attention. Their acclaimed House on Golo project (2015), for example, successfully integrates a raw concrete facade with green and flowing natural surroundings. Its design follows the tectonic layering of the terrain, with the exterior of the house coloured the same shade as the rock below it.

Their National Football Association Headquarters project (2016), made in cooperation with Studio AKKA, demonstrates a similar approach with a completely different outcome.

Another prominent work marked by a synergy with nature is the Celjska Koča Alpine Hotel. The building is cleverly integrated into the exposed natural plateau at the foot of a ski run. 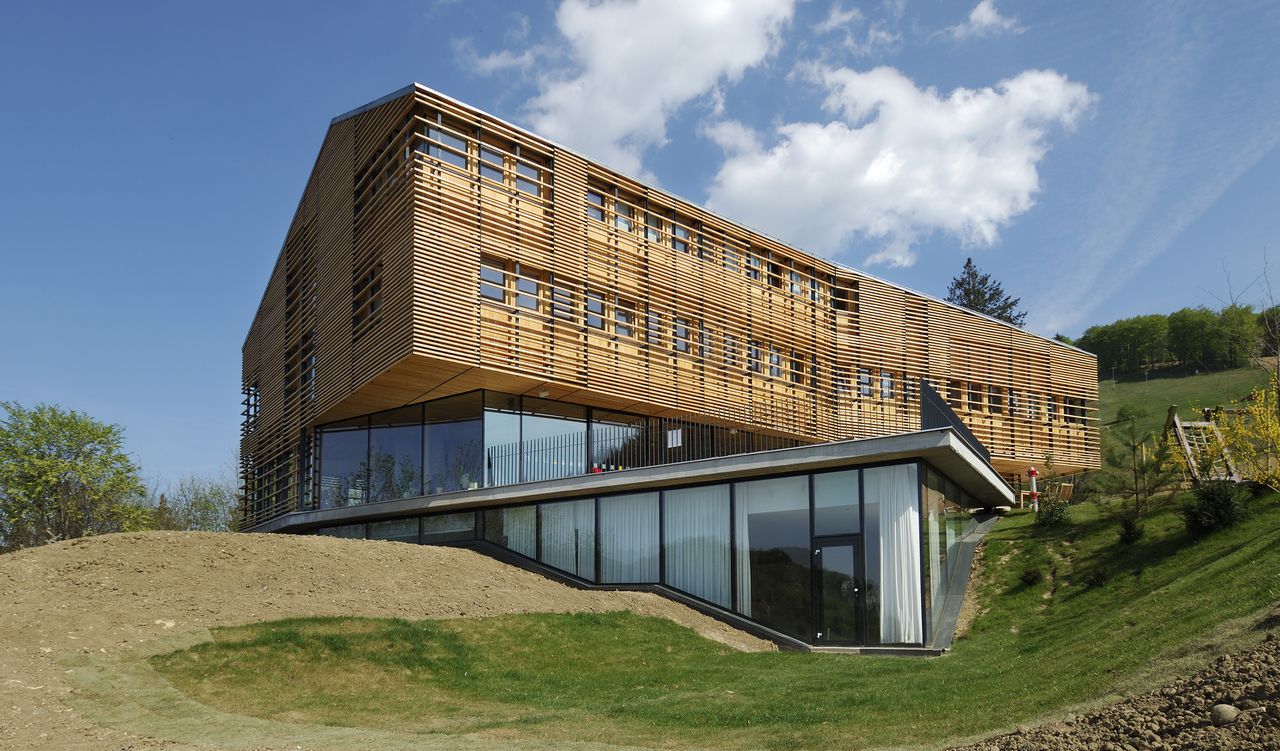 Several works by Arhitektura Krušec have received the Golden Pencil Award: the House on Golo (2016), the Farewell Chapel at Teharje (2008), the Celjska Koča hotel (2007) and the Skalne Vile apartment building in Celje.

The studio's renovation of Linhart Hall at Cankarjev dom, Cultural and Congress Centre earned them the prominent Plečnik Award in 2013. Though the hall was almost completely redone, the team interestingly decided to respect the existing design of its renowned author Edvard Ravnikar, to the point that the two designs are nearly identical.

Arhitektura Krušec also received the Plečnik Award for the new Faculty of Biotechnology building in 2010. The project was also nominated for the 2011 European Union Prize for Contemporary Architecture and the Mies van der Rohe Award.

Arhitektura Krušec's work from 2015–2017 earned them the Prešeren Foundation Award, the highest honour in the field of arts in Slovenia. 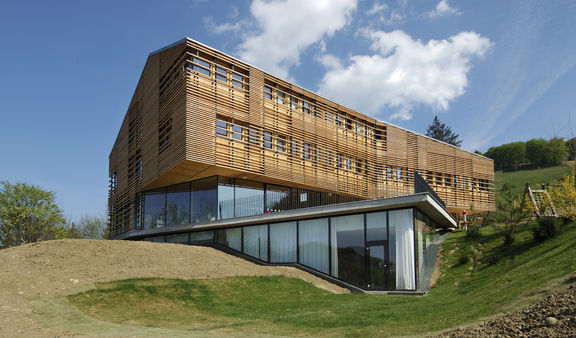 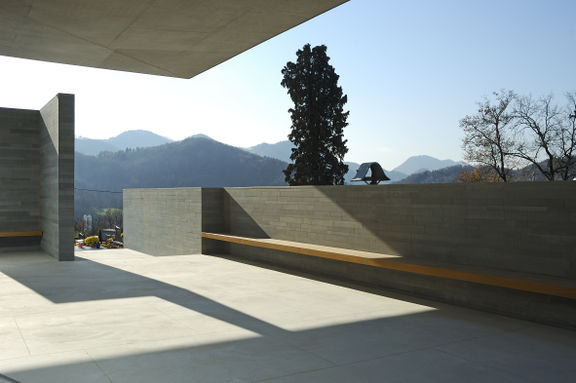 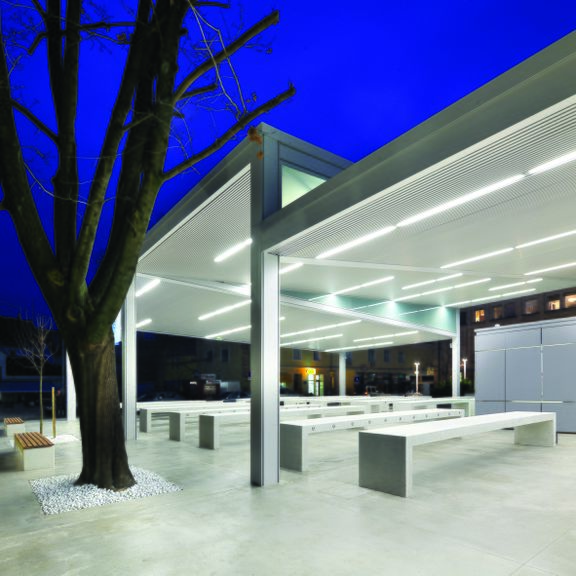 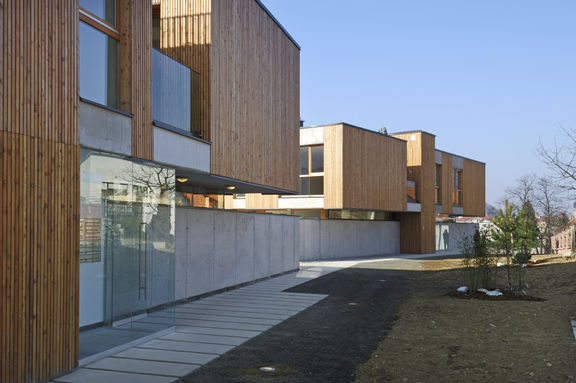 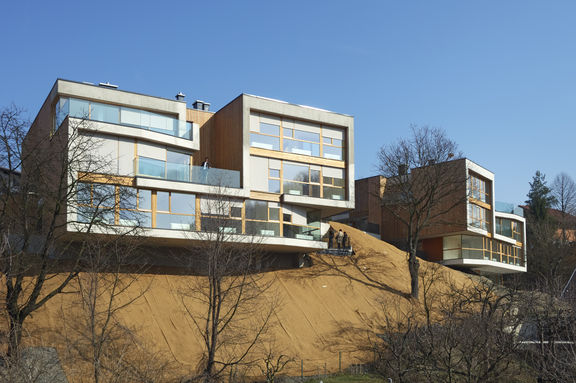 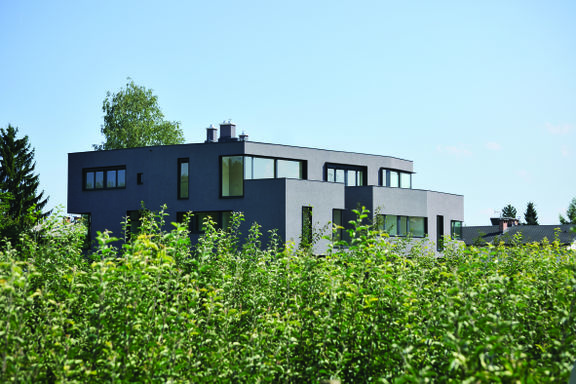 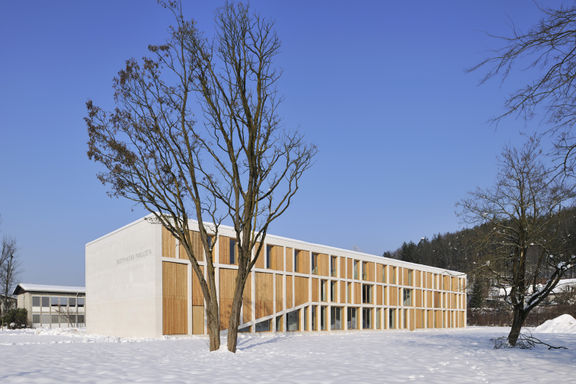 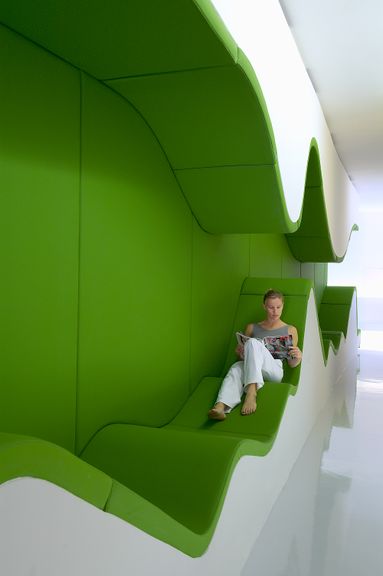 Interior of the Pilates Centre designed by ARK Arhitektura Krušec, 2004 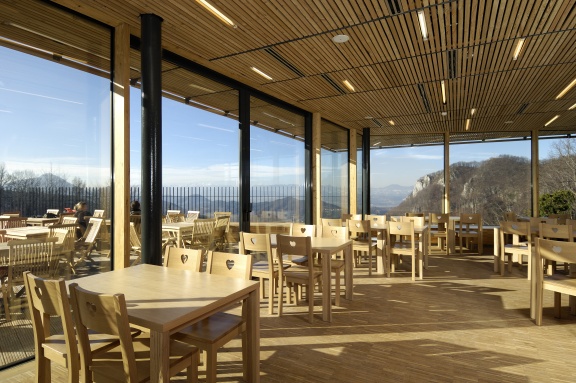 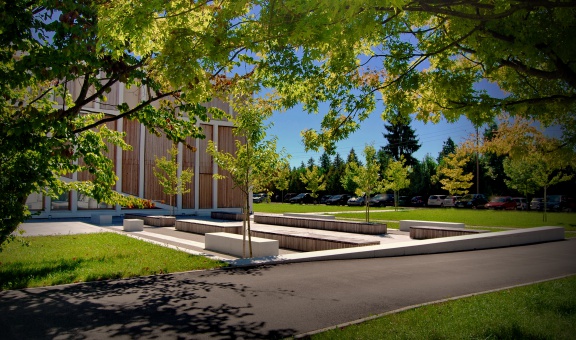