The memorial rooms in the Levstik House in Velike Lašče present the life of the Slovene authors Fran Levstik and Josip Stritar. A small adjacent room contains a modest presentation on the Protestant reformer Primož Trubar. The rooms are managed by the Trubarjevi kraji Public Institute of Velike Lašče.

Fran Levstik (1831–1887) was a writer, critic, linguist and journalist. In his room we can see displayed photographs and several of his literary works along with some personal belongings. It also contains documents about the author, some of which had never before been displayed.

The Stritar Room commemorates the life and work of poet, narrative writer, dramatist, literary critic, and editor Josip Stritar (1836–1923). His work and life are presented with photographs, a selection of literary works, and his personal library consisting of personal belongings, awards and copies of the journal Zvon [Bell], which he edited. We can also see the author's statue and original paintings from his house in Vienna. Many objects and documents have been donated by Stritar's grandchildren.

The third room is dedicated to Primož Trubar (1508–1586), founder and the first superintendent of the Protestant Church of Slovenia, consolidator of the Slovenian language and author of the first printed book in Slovenian. The Trubar room is also used as a reading room. 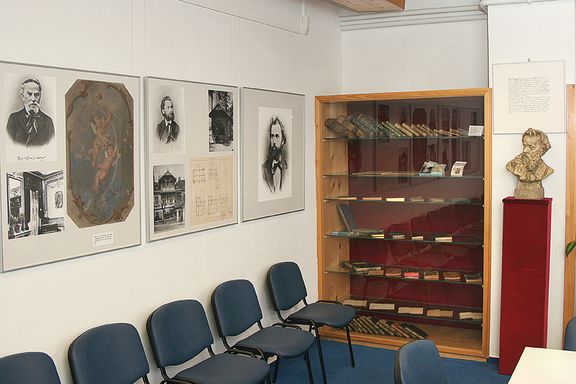 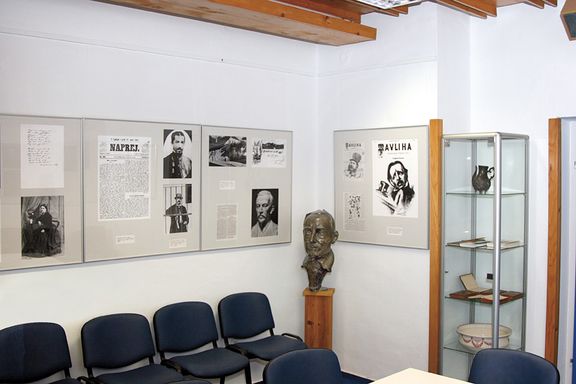