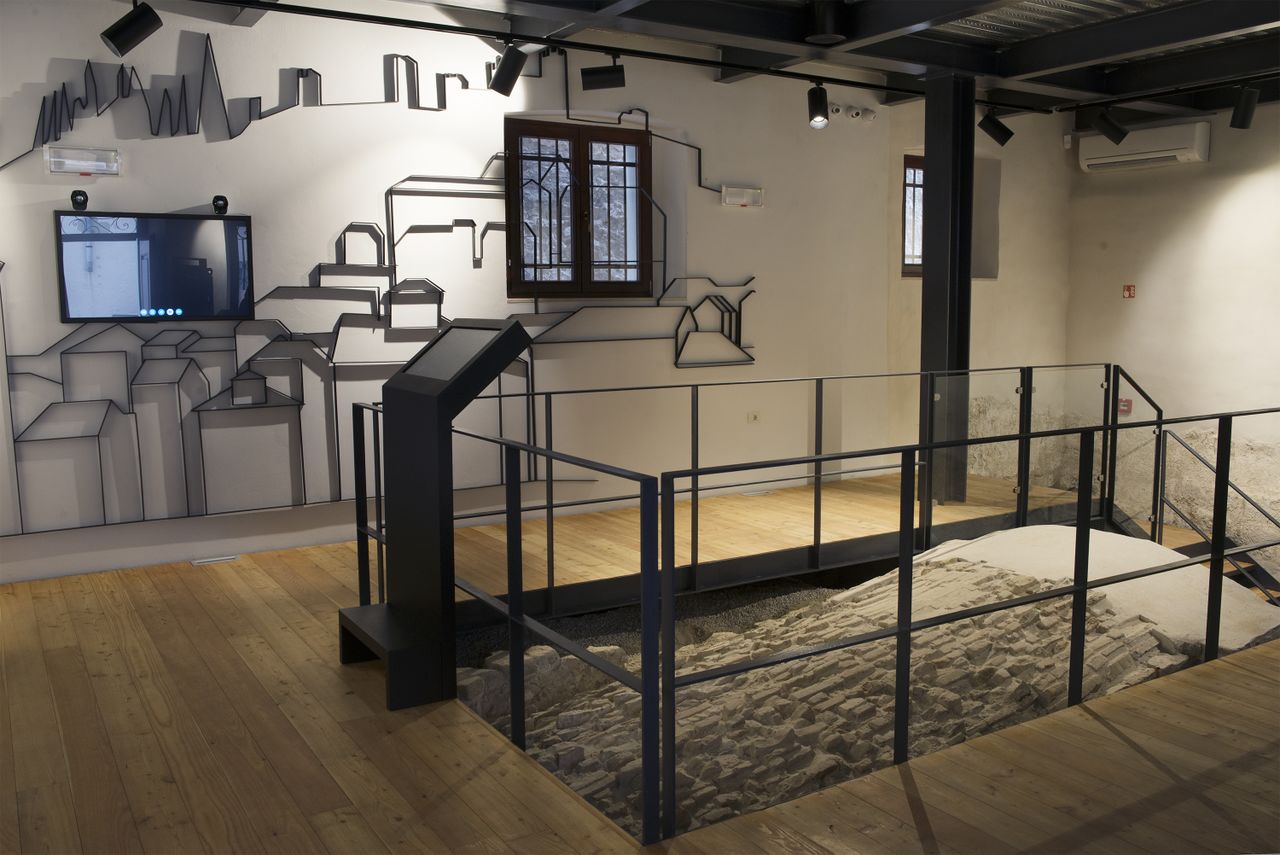 Entrance to the newly discovered underground corridor below Mediadom Pyrhani, 2015

Mediadom Pyrhani is a multimedia museum and a multipurpose venue set in the city centre of the coastal town of Piran. Established in 2015, the place is fully equipped to host all sorts of events, from concerts, film screenings and theatre plays to round tables, lectures and workshops. As a museum, it is focused on Piran and its history presented via a variety of media, from 3-D film projections to interactive, motion sensing displays. Additionally, Mediadom Pyrhani is also meant to serve as a network node for the activities of the coastal cultural producers and institutions.

Managed by the Association of Cultural Societies Piran, Mediadom has hosted festivals such as the Festival of European and Mediterranean Film, the Mediterranean International Folklore Festival (MIFF), the Tartini Festival and several events (workshops, concerts and such), some of them organised by Mediadom itself. It also offers all the information concerning the upcoming events and cultural institutions of Piran.

Due to its interactive and multimedia nature, the museum is especially appealing to children but geared towards all age groups. It offers its visitors a 3-D film and two animated films interspersed with documentary recordings, thus presenting 2000 years of Piran's history and explaining how this densely populated town grew out of its salt pans and fishing industries.

Other media – touch screens, interactive, motion sensing screens, photographs, drawings, texts (in five languages) and so on – present the town's various archaeological discoveries, cultural monuments and its prominent personalities. Additionally, there are sketches about the history of the Venetian Republic, which for many centuries used to hold sway over Piran. The museum also holds the original "pillar of shame", formerly stationed in the city centre but now replaced by a replica.

The basement of Mediadom is an archaeological finding in itself. It is a newly discovered and centuries old underground corridor, presumably used as a crypt.

In 2007, the town authorities started to renovate the premises of the local wind orchestra. During the renovation works one of the machines almost fell into a wholly unexpected hole in the ground. It later turned out that they had found the remains of a church, built at the same spot in 1374 and demolished in the 19th century. The corridor they'd discovered probably functioned as a crypt.

At the initiative of the Municipality of Piran, the findings were to be presented in situ, in the basement and on the ground floor of the building. Subsequently, the wind orchestra was given another place and the building was re-purposed for its current use. 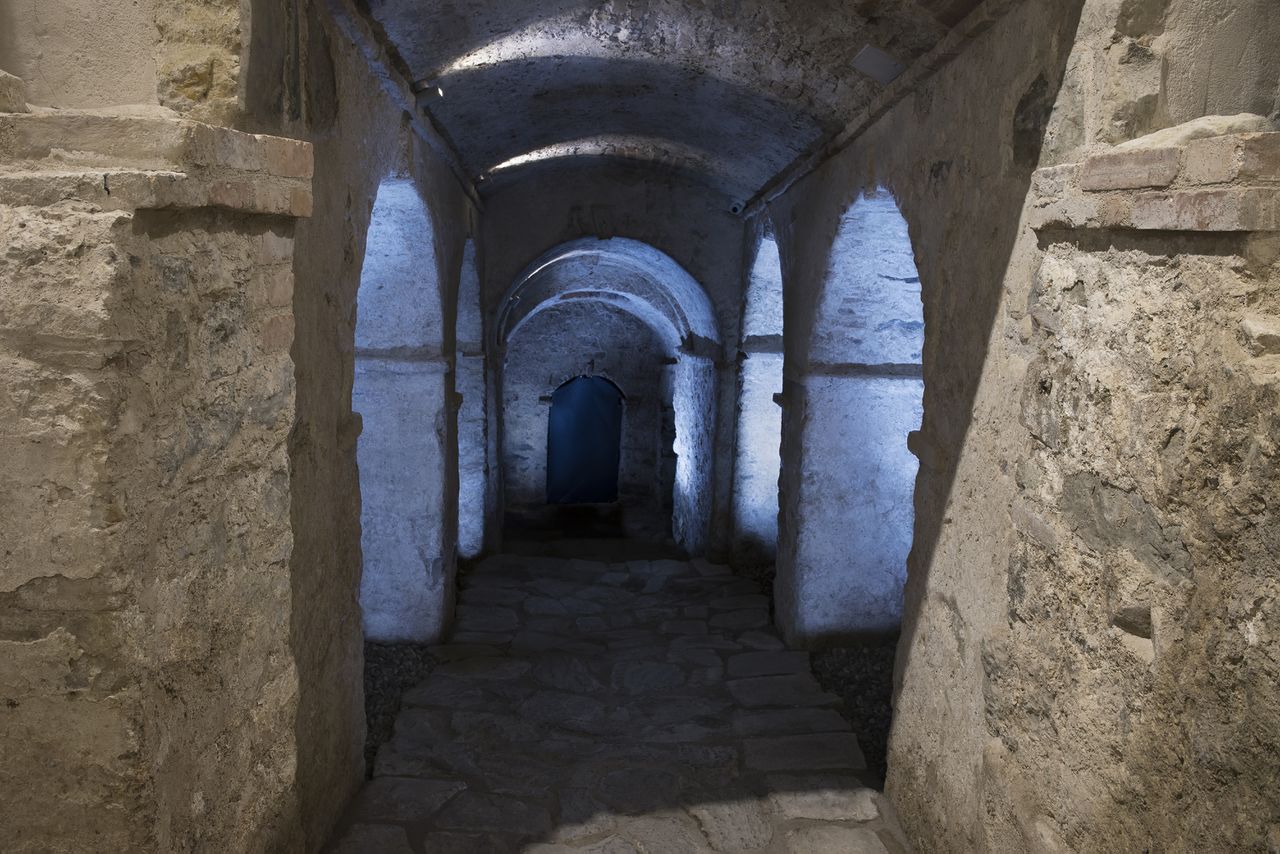 The corridors below Mediadom Pyrhani were presumably used as a crypt for the church which used to stand on the location now occupied by the museum, 2015

The space for events, conferences, lectures and screenings at Mediadom Pyrhani, 2015 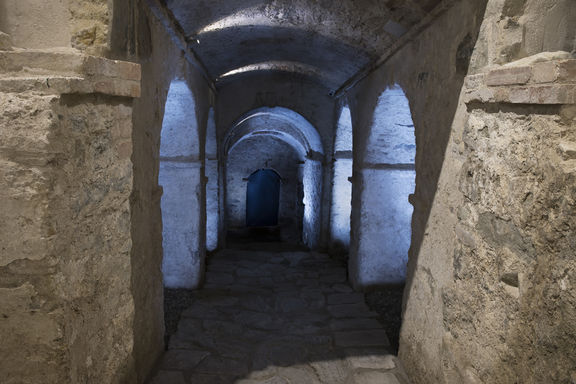 The corridors below Mediadom Pyrhani were presumably used as a crypt for the church which used to stand on the location now occupied by the museum, 2015 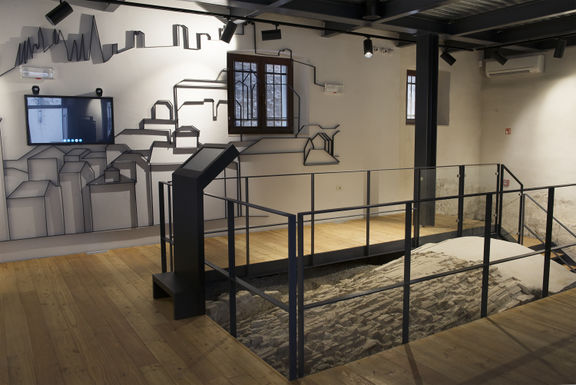 Entrance to the newly discovered underground corridor below Mediadom Pyrhani, 2015 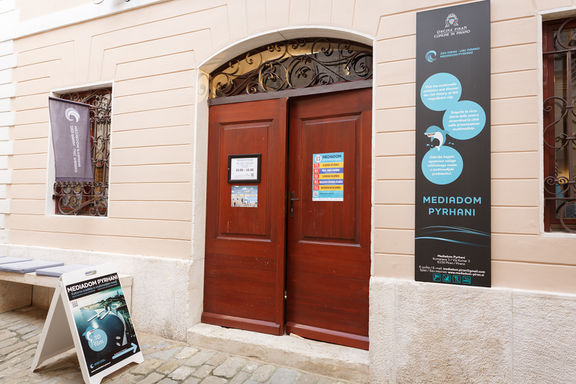