Municipality of Pivka covers a total area of 223 square kilometres and has a population of 6162 people (2019) living in 30 settlements. The town of Pivka has 2.185 inhabitants. Located in the Karst region, its original name was Šent Peter na Krasu (literally, 'Saint Peter in the Karst') and may be traced back to 1300 when it was mentioned as villa Sancti Petri super Piucha ('St. Peter above the Pivka River'). The name of the settlement was changed from Šent Peter na Krasu to Pivka in 1952.

The Pivka region was a strategically important location since ancient times, however, it became even more important with the construction of the railway from Vienna to Trieste in 1857 and the railway from Šent Peter na Krasu to Rijeka twenty years later. In 1930, while it was under the Italian control, the strategic hills over the town were heavily fortified and included in the Alpine Wall system of defenses.

Krpanov dom Pivka is a multifunctional cultural and educational space renovated in 2015.

The Pivka House of Culture ("Hiša kulture") is a local cultural centre, set in Pivka in 1998 as an open space for a wide range of activities. Its premises include a youth culture club, a graphic atelier, and a gallery presenting contemporary urban art, thus becoming an important contemporary art gallery between Ljubljana and Koper.

The Park of Military History Pivka, which was established in 2006, holds one of the biggest and possibly most diverse military history collections in this part of Europe. 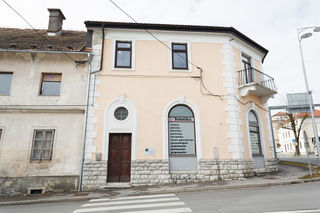