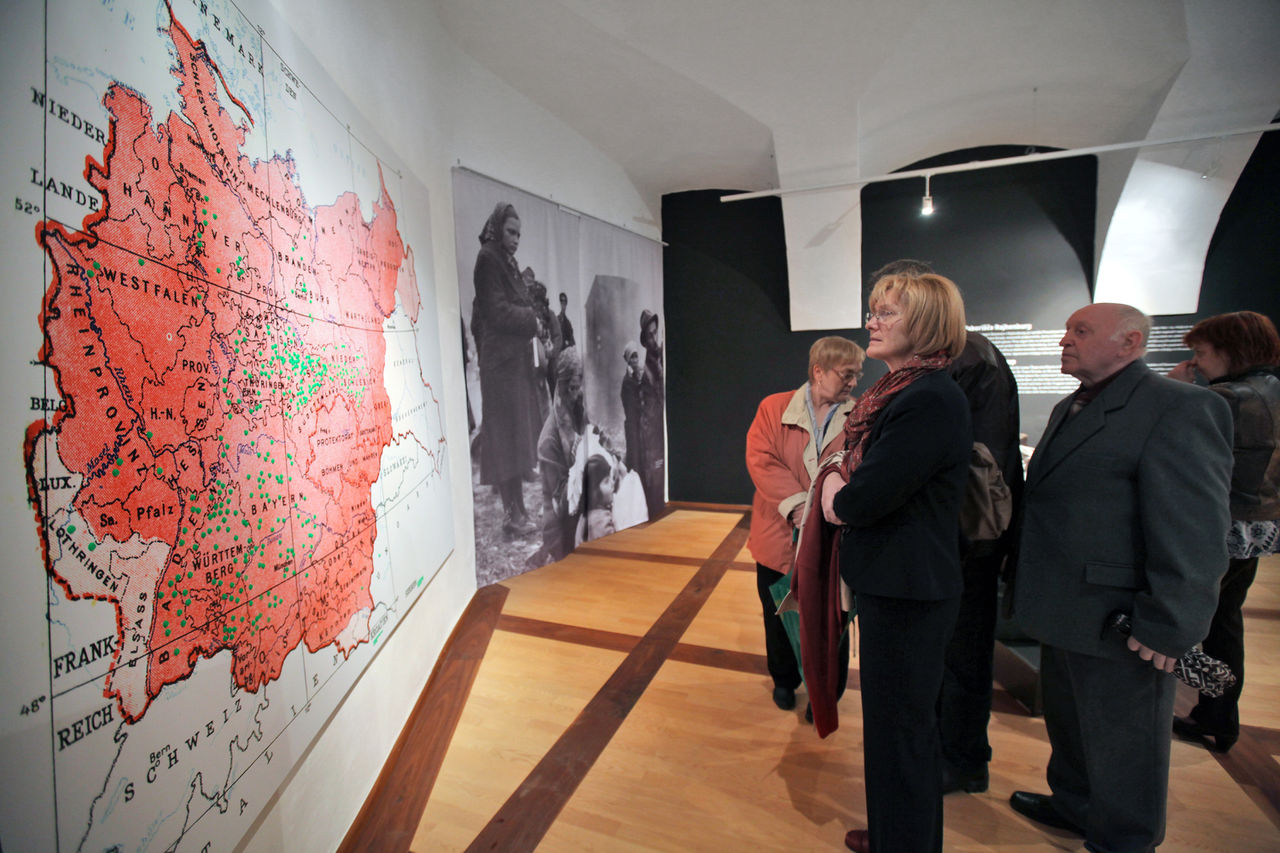 The Brestanica Unit of the National Museum of Contemporary History is housed at Rajhenburg Castle in Brestanica, one of the oldest medieval castles in Slovenia. The permanent exhibitions, however, are dedicated to the (mis)usage of the castle premises in the modern times. From 1884 till 1941 it was occupied by the contemplative Trappist Order, which brought progress to the Posavje region. They were expelled by the Nazis who converted the castle into a camp for deporting Slovenes. During the course of World War II around 45,000 Slovenes were sent into exile from here. After World War II the castle continued to function as a prison, but in 1968 it was converted into a museum. Currently it features a re-staged permanent exhibition on the Trappists from Rajhenburg. A new permanent exhibition dedicated to the internment and political prisoners was opened in 2014. 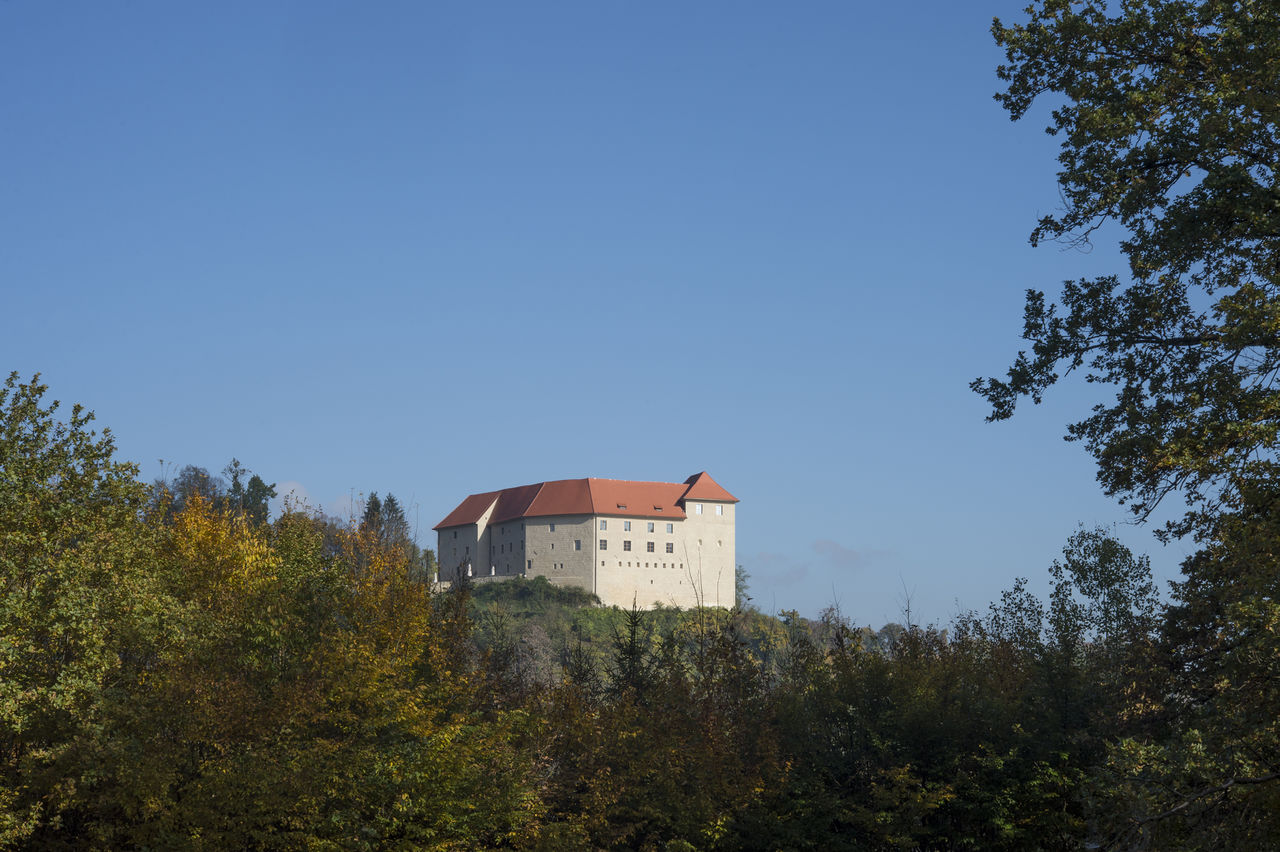 The Museum of Political Prisoners, Internees and Deportees housed 3 permanent exhibitions. The Slovene Deportees exhibition was arranged in 1968 by Tone Ferenc. The exhibition presented German imperialist tendencies towards Slovene territory; the dismembering of Slovenia; the German denationalisation policy; the deportation camps and the exile of Slovenes to Serbia, Croatia and Germany; the arrival of Kočevje Germans in the territory along the rivers Sava and Sotla; life in exile; and the subsequent return of deportees to their mother country.

The next Political Prisoners and Internees exhibition was arranged by Marjeta Mikuž, Nataša Urbanc, Ivo Vraničar of the National Museum of Contemporary History in Ljubljana and covered the occupied terror on the territory of Slovenia, including imprisonment, torture, killing and deportation to concentration and death camps.

In September 1993 the first Trappist Monks exhibition was opened, curated by Irena Fürst. It featured the foundation of the Trappist order in France, the arrival of Trappists in Rajhenburg, the organisation of the order, life in the monastery, and the economic and industrial activities of the monks.

The exhibitions were closed down in 2011 due to the complete renovation of the Rajhenburg Castle. In 2013, the Trappist Monks exhibition was re-staged along with a few smaller exhibitions such as one on the history of Brestanica in postcards as well as one by artist Polona Demšar, which grew out of stories from the artist's grandmother, who had been transported from Rajhenburg to Auschwitz during World War II. 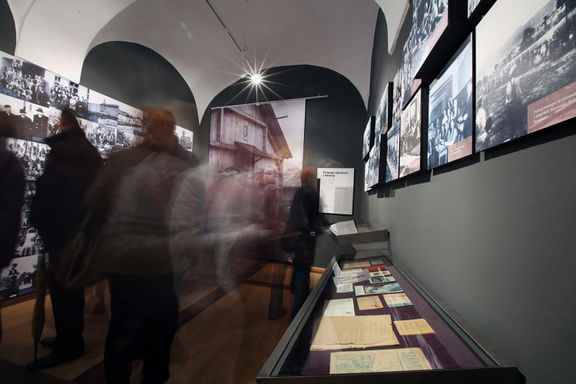 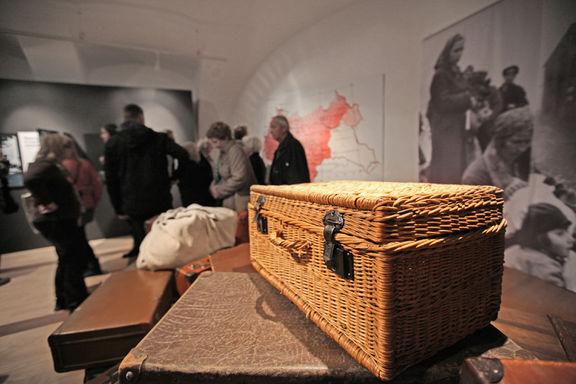 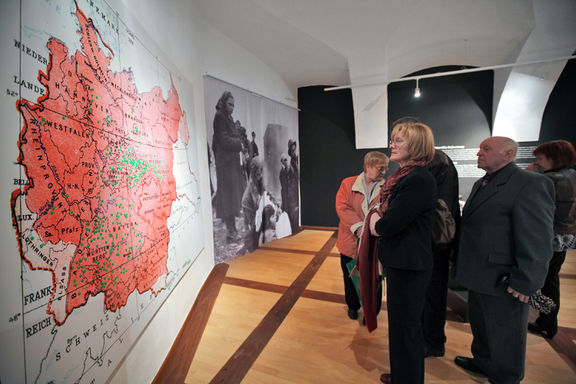 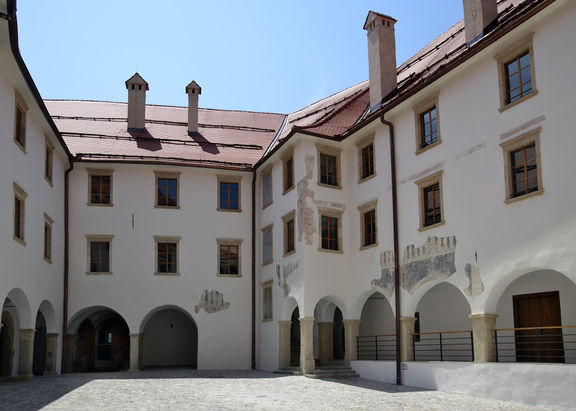 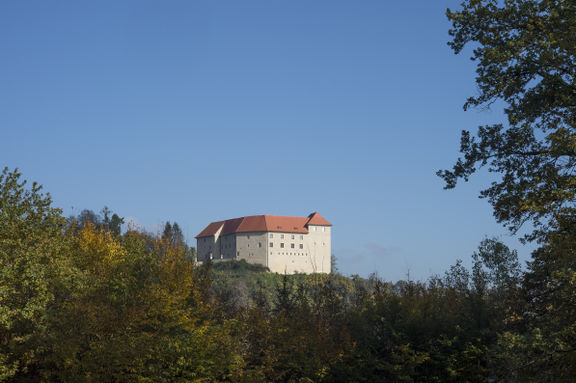