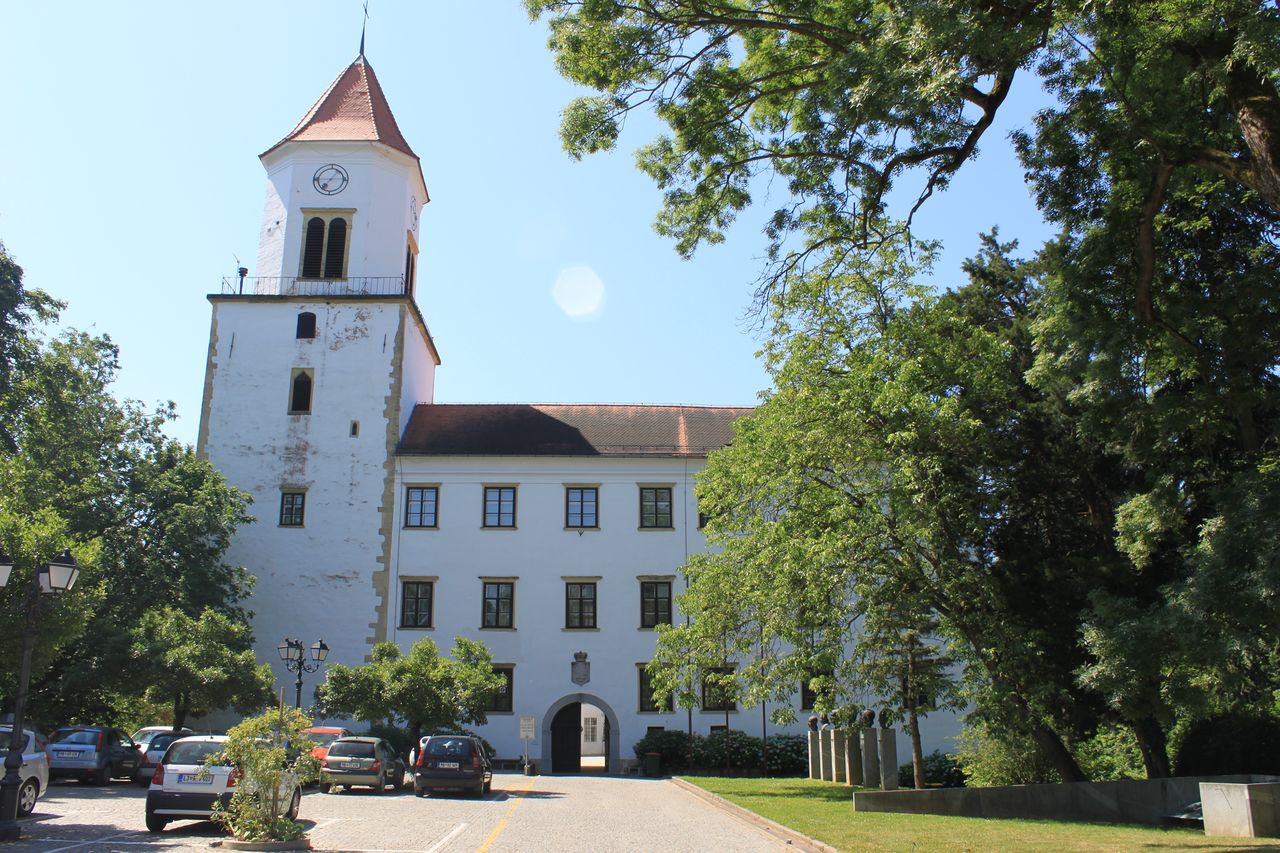 Since 1995, Ormož Castle, first mentioned in 1278, has been a centre for contemporary cultural developments which houses the Franc Ksaver Meško Library, part of the administration of the Ormož unit of the Ptuj – Ormož Regional Museum. There is also a Castle Gallery featuring contemporary art exhibitions. Premises in the castle have also been given to the Ormož brass band.

In 2011 the award-winning renovation of the Grajska pristava (castle's outhouse) was completed, led by the Arrea Architecture bureau. It houses the Ormož Music School, a new multipurpose hall, and the ethnological and archaeological museum collections, and has turned the Ormož Castle into an outstanding cultural centre.

Ormož Castle was built by Friderik of Ptuj. The oldest part of the castle is the tower. Various noble families owned the property down the centuries, including the Schaumbergs, the Frankopans, the Szekelys, the Pauers, and latterly, the Counts of Wurmbrand.

Visitors to Ormož Castle can explore the former castle dining room with antique motifs, a saloon with a depiction of four continents and other motives, painted by an Austrian painter Alois Gleichenperger in 1810. The Classicist paintings in the castle rank amongst the best in the country. There is also a wedding hall (former knight's hall) with a stucco from the beginning of the 18th century. In 2003 the museum acquired the Biedermeier furniture collection from a private collector Marko Sluga. Apart from the Ormož in Yugoslavia of Karađorđević and Tito permanent exhibition a chapter from a more recent local history is presented also through the legacy of Otmar Majerič, a renowned doctor who in the 1930’s developed a sanatorium and a bathing resort. The archaeological and ethnological collections are displayed at the Pristava building.

The castle park is considered one of the most beautiful parks in Slovenia; in it grow an orange tree, a tulip tree, a ginkgo, and other exotic plants. In front of the castle is a memorial avenue devoted to the major figures of Ormož and the surrounding area, including busts of two honorary citizens of Ormož, Anton Trstenjak and Dušan Moškon. 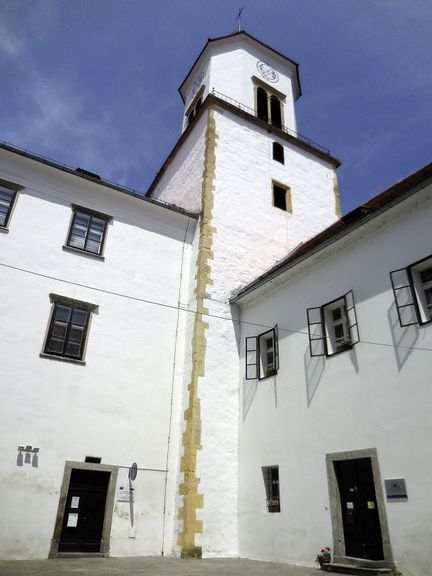 The Ormož Castle's courtyard with the entrance to the Franc Ksaver Meško Library (on the right). 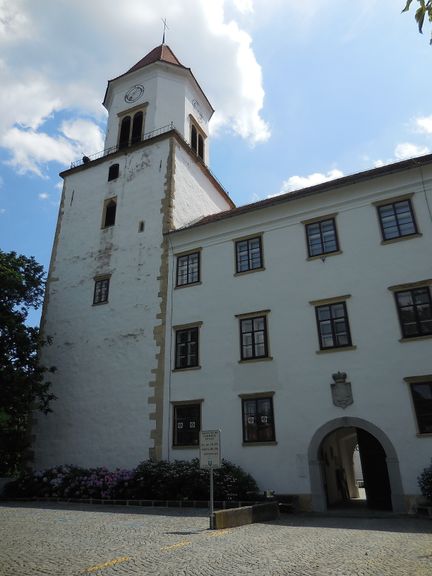 The castle of Ormož. 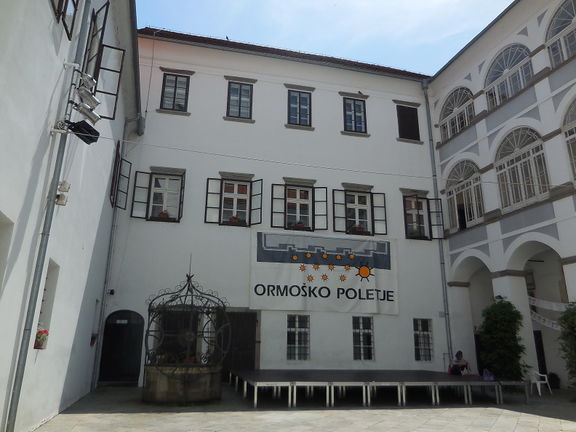 The Ormož Castle's courtyard with the summer stage. 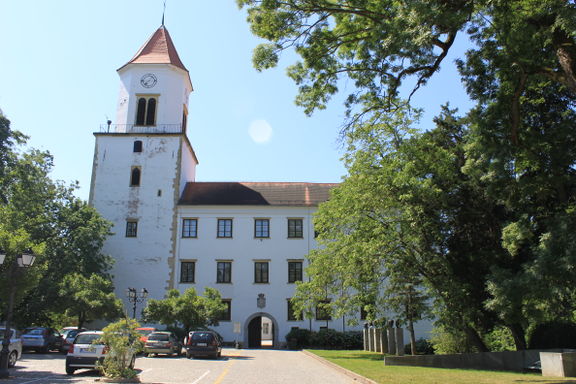