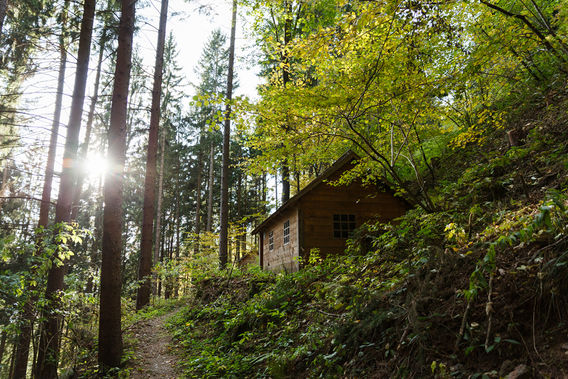 The Pauček Partisan Hospital at Trška gora na Pohorju got its name from partisan surgeon Dr. Ivan Kopač-Pauček (1916–1988), who participated in the long march of the 14th Partisan Division from Dolenjska through Croatia to Štajerska. Between April 1944 and the end of World War II, with the help of patriotic local people, he built 6 small hospitals in the woods of western Pohorje close to the village of Legen near Slovenj Gradec. These hospitals treated more than 300 wounded partisans, together with a number of soldiers of the Allied Troops. Despite their considerable resources, the German occupation troops never found them. The partisan hospital at Trška gora in Legen has been the only one preserved and it is restored in period style. It now operates as an open-air museum and is part of the Koroška Regional Museum where it is also a permanent exhibition on partisan hospitals and sanitation in the region. The same museum administers the museum site Partisan Hospital Tevakin.