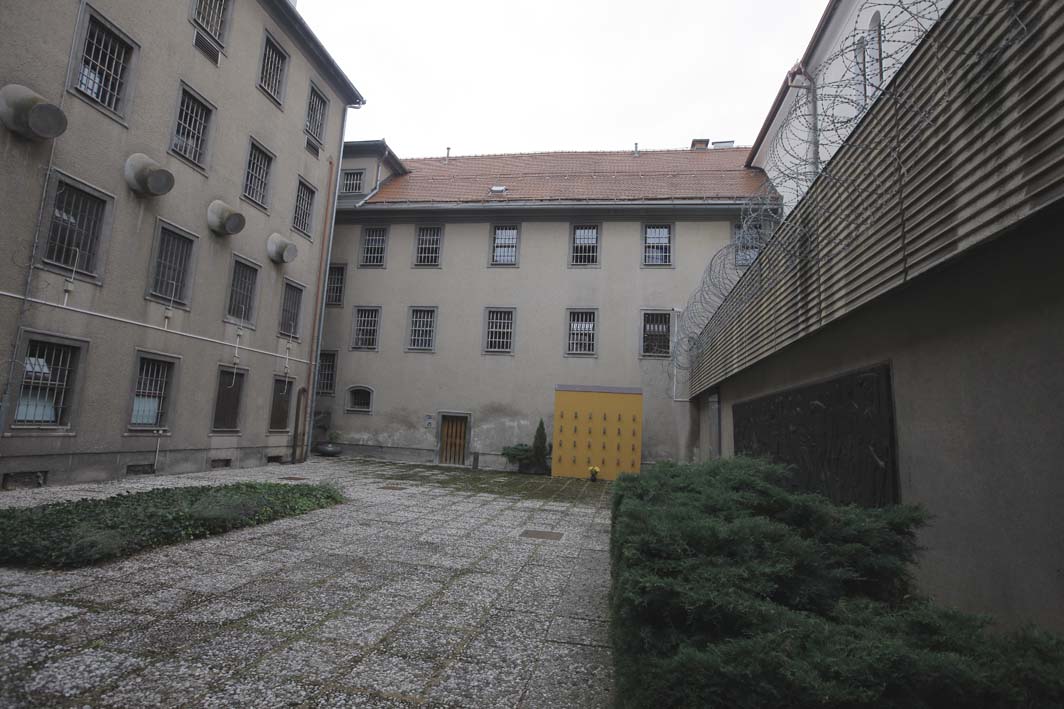 The old pot, Stari Pisker Prison, was a Minorite monastery until the 19th century when it became a prison, used by German forces in WWII, established as a war memorial in 1965, administered by Celje Museum of Recent History

Stari pisker ("Old Pot") is a memorial site to victims of Nazi violence. The site is administered as a dislocated permanent exhibition of the Celje Museum of Recent History, which holds torture and questioning devices and collection of moving farewell letters written by war prisoners held in the Stari pisker who had learnt they would soon be executed.

When the building of the former Minorite monastery in the centre of Celje was reshaped into a penitentiary in the 19th century, locals gave it the name Old Pot. Prior to 1941 it had been used as a prison for women; during the World War II, German occupation forces used the site to commit many atrocities against civilians. In six out-of-court executions 374 hostages were shot in the yard, many others were tortured there. In December 1944 partisans attacked prison and freed 127 political prisoners.

In 1965 the prison was opened as a memorial site with a memorial courtyard and a memorial room in the former torture-chamber. It was later renovated in 1995. Today, the building surrounding the memorial's inner yard is still used as a re-education establishment for juvenile offenders. 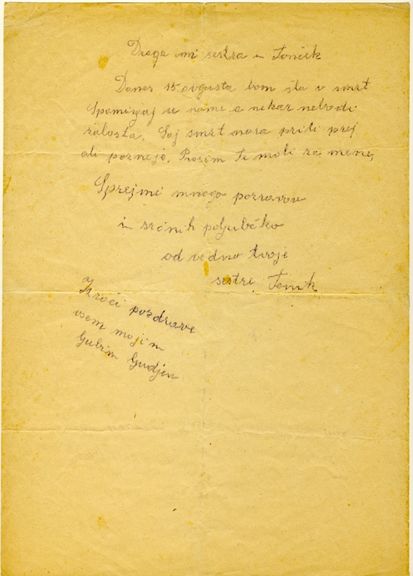 One of a collection of moving farewell letter's from WWII prisoners of war who had learned they would be executed, Stari Pisker Prison, known as The old pot, Celje Museum of Recent History, 1942 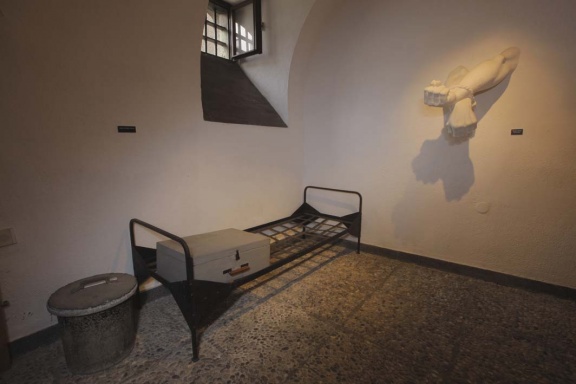 A memorial room in Stari Pisker Prison which was a site of WWII atrocities and established as a war memorial in 1965, Celje Museum of Recent History 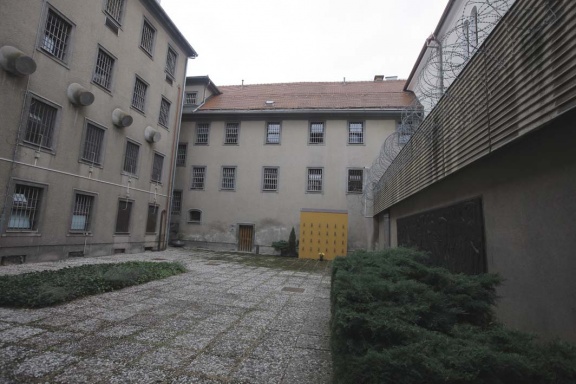