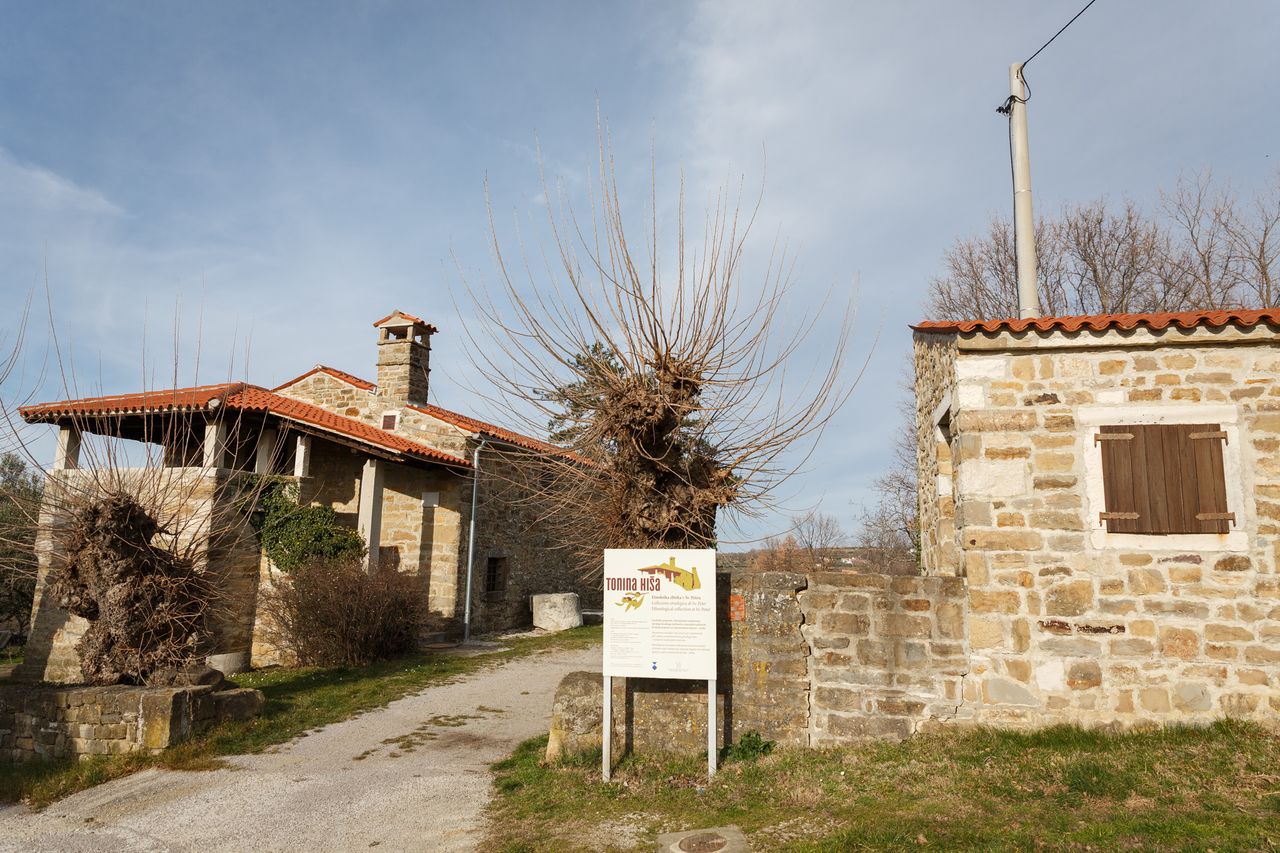 Exterior of Tona’s House, 2020. The Tona’s House - St Peter's Ethnological Collection, installed in an old Istrian dwelling in the village of St Peter on the Dragonja in 1981, is a unique ethnological monument. Both the building and the picturesque village are declared as cultural monuments. The house gained its name after its last inhabitant, the wealthy peasant woman Antonija (Tona) Goreli.

St Peter is a village of medieval origins, first mentioned in 1302, spreading at the top of a plateau overlooking the Dragonja river valley. Its silhouette appears as a fortress with the church of St Peter as a dominating feature.

In 1979 Tona's House was restored in the period style, preserving the characteristic Istrian rural architecture and illustrating the by-gone lifestyle of Istrian farmers. The museum house, made of stone, indicates the transformation from one- to two-storey houses, dating mainly from the 18th and 19th century. The preserved external stone staircase ends with a small covered terrace [baladur], which is the entrance of the residential part of the house. On the north eastern side there is still a chimney-like addition, which once served for oil making.

The front of the house was the venue for the first performance of the mono comedy Bužec on, bušca jaz, performed by Saša Pavček in 1998.

The ground floor demonstrates the procedure of oil making, while the upper floor displays the domestic artefacts in the rural kitchen and bedroom. Tona's House also incorporates a former outhouse, which is today used as a washroom and depository for various ethnological tools and implements. Surrounding olive and mulberry trees, the latter very old indeed, only complement the image of an original rural home in Istria.

Over the past two centuries the type of oilery presented at Tona's House was prevalent all over Istria. The rural kitchen and bedroom are not an authentic copy of such rooms in a certain historical period, but they do contain objects, equipment and furnishings used in past centuries and in the first half of the 20th century, when life by the fireside was still the norm. Various ornamental textile articles, including embroidered tablecloths, curtains and bedspreads, were still made at home during the 19th century, and it is known that after World War I embroidery courses were attended by village girls. 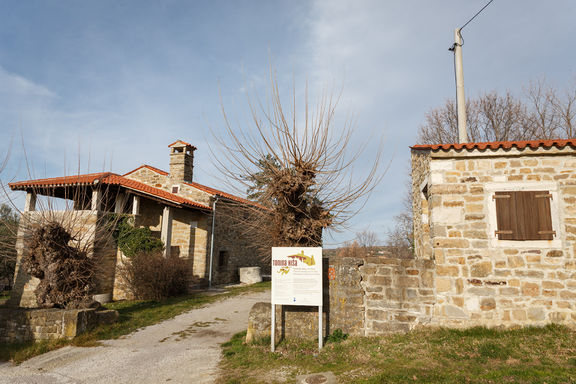 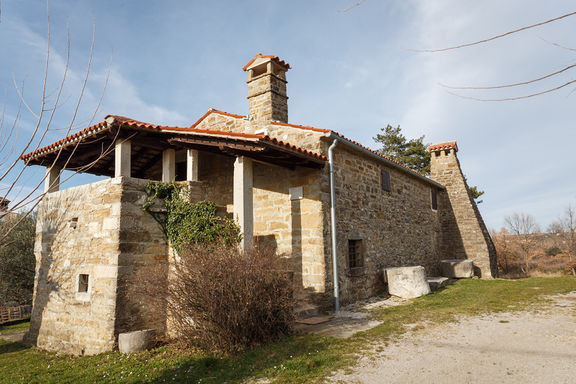 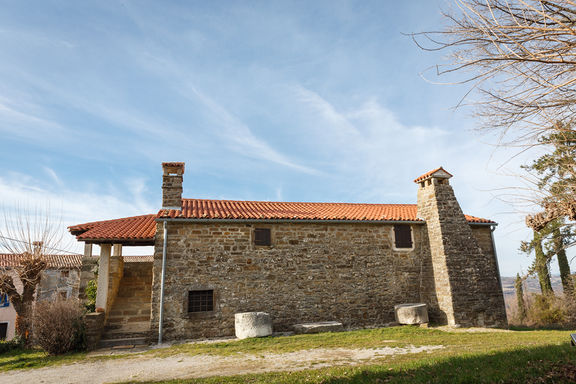 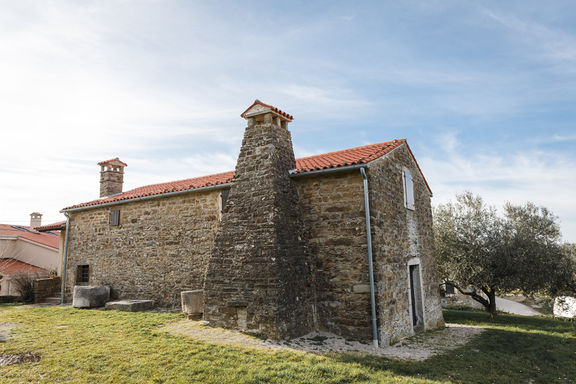 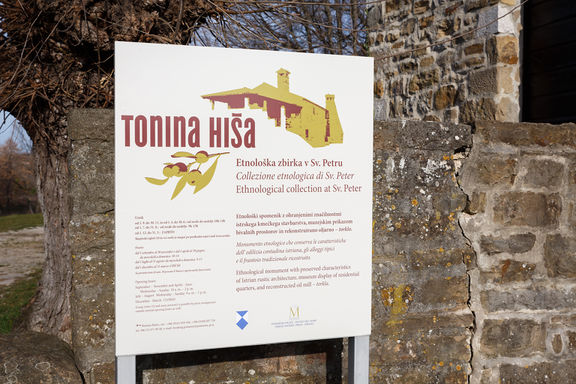