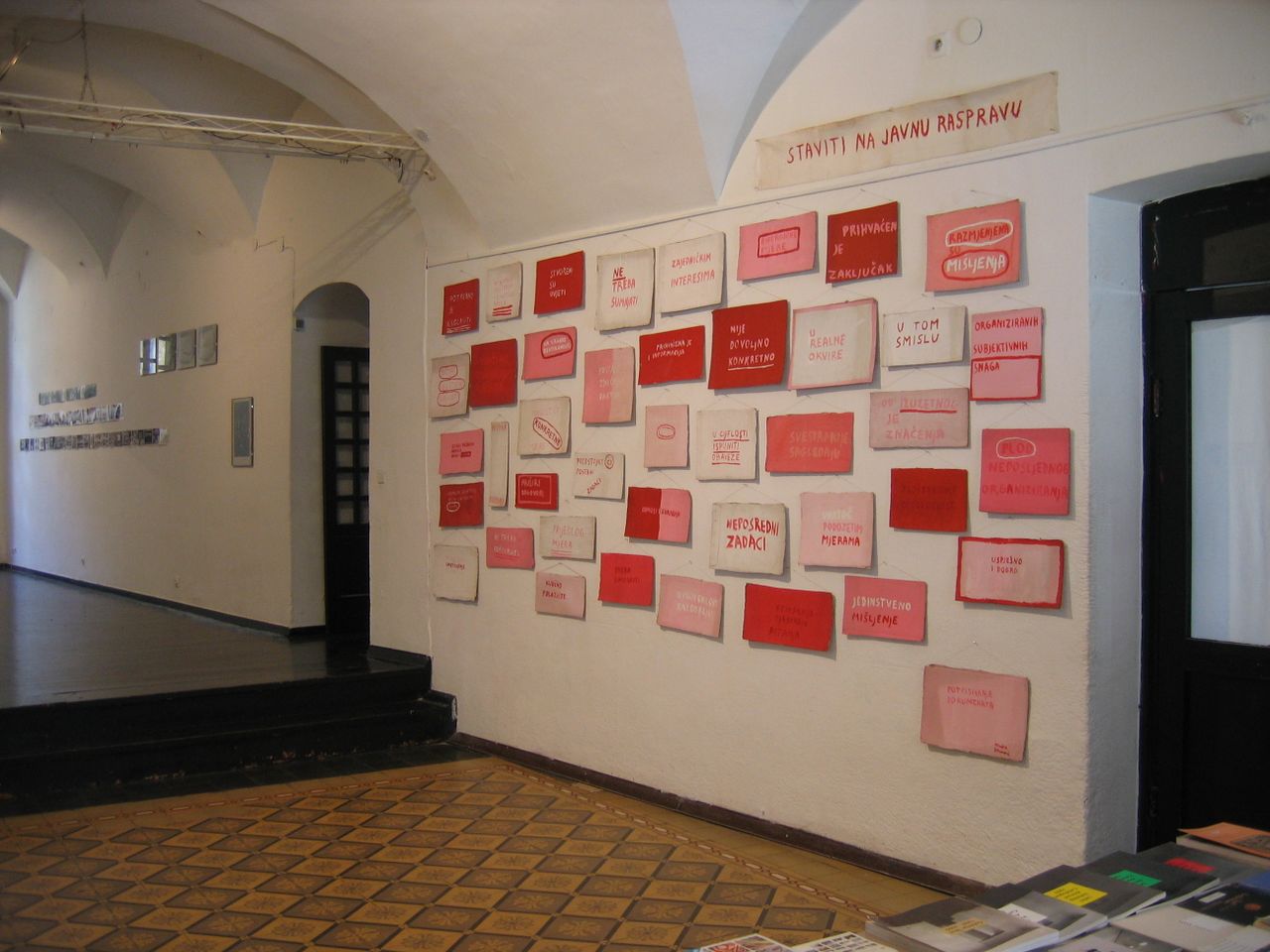 The establishment of Škuc Gallery in 1978 as part of the alternative programmes of the ŠKUC offered an important foil to the dominant exhibition policy of the established national galleries and institutions in Slovenia.

Preparing approximately one exhibition monthly plus additional events and guest appearances abroad and at home, the Škuc Gallery has over the years become one of the most visited exhibition premises in Slovenia. Through close co-operation with international institutions, curators and artists Škuc Gallery has developed into an important public centre for exhibitions, events, publishing, research and documentation in the field of contemporary visual arts.

The Škuc Gallery was launched with a retrospective presentation of work by the conceptual art group OHO, curated by Tomaž Brejc. Its first artistic director was art historian and curator Taja Vidmar Brejc (1947–2016), later the director and the owner of Equrna Gallery. In the 1980s under the artistic directors Dušan Mandić (member of the group Irwin), Marina Gržinić, and Barbara Borčić (later the director of the SCCA-Ljubljana Centre for Contemporary Arts), the Škuc Gallery became the centre of alternative (sub)culture in Ljubljana, presenting various multimedia projects. Their legacy was followed by Boris Balant at the end of the 1980s. At the turn of the decade Tomislav Vignjević and Alenka Pirman as artistic directors continued into the 1990s with the concept of the following focuses: solo exhibitions of emerging Slovene artists; solo exhibitions (or projects outside the gallery) by established Slovene and international artists; thematic and group organised by guest curators, and socio-cultural documentary exhibitions. Between 1996 and 2003 the artistic director was Gregor Podnar who later on established his own commercial gallery. Art historian Alenka Gregorič lead the gallery for the following 6 years, expanded the international scope of the programme and continued with the previously established commercial activities. Tevž Logar led the gallery up to 2013. He introduced a new feature to the gallery's programme - thorough monographic studies of the established artistic positions such as Željko Jerman or Ulay.

In recent years, the Škuc Gallery's programme has relied mainly on integrating various segments and conceptual guidelines set by the artistic director, and combining them in a balanced programme presenting Slovene and foreign artists.

The programme is based on contemporary visual art complemented with projects of new media art and other contemporary artistic practices. Some of the programme is related to the history of the exhibition space to link the present and past, so to highlight the characteristics of a period that is inextricably linked with the exhibition and social spheres in which the gallery operates.

Since 2000 the Škuc Gallery has been participating at the international art fairs. The gallery's position is quite specific as its commercial involvement does not influence its non-commercial activities, which are carried out independently.

DIVA Station premièring at Škuc Gallery in the exhibition DIVA at Škuc Gallery, aims to inform the wider public about the theoretical, practical and artistic aspects of the audiovisual archives of contemporary art, 2009 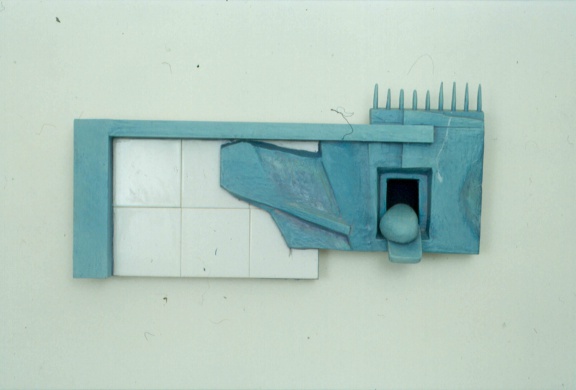 Marko Tušek's artwork at the exhibition Time as Structure, Method as Meaning at the Stúdió Galéria in Budapest, 1995 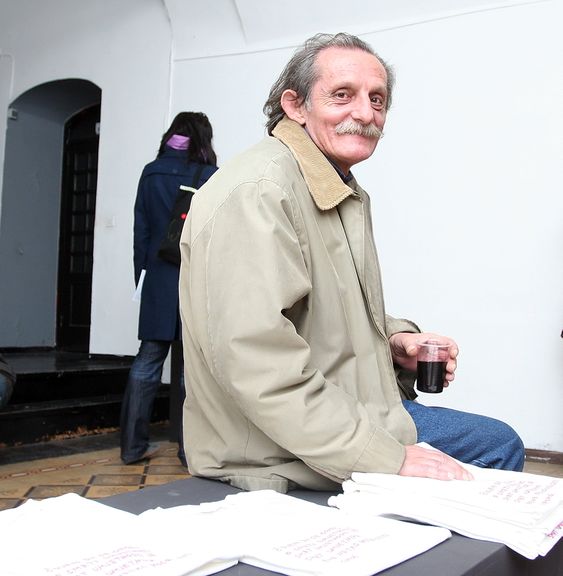 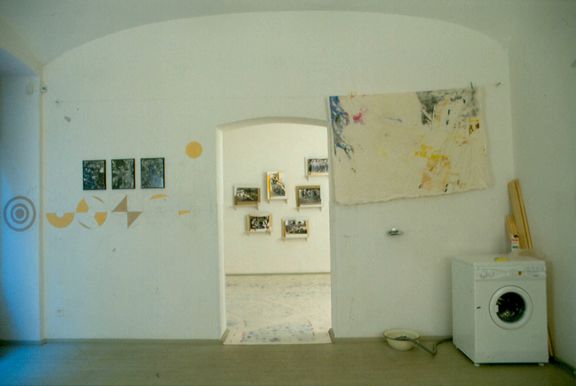 Time as Structure, Method as Meaning, exchange exhibition of Slovene artists at Stúdió Galéria in Budapest (1995) 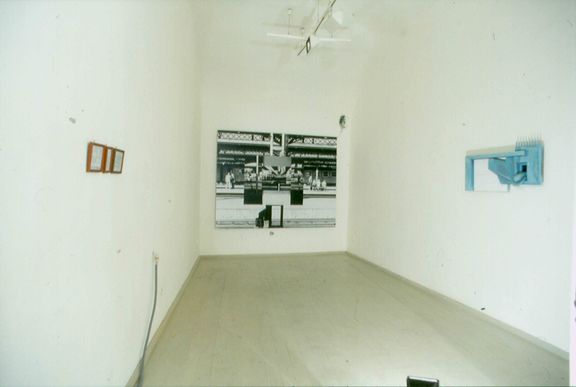 Exhibition of Slovene artists at Stúdió Galéria in Budapest (1995) 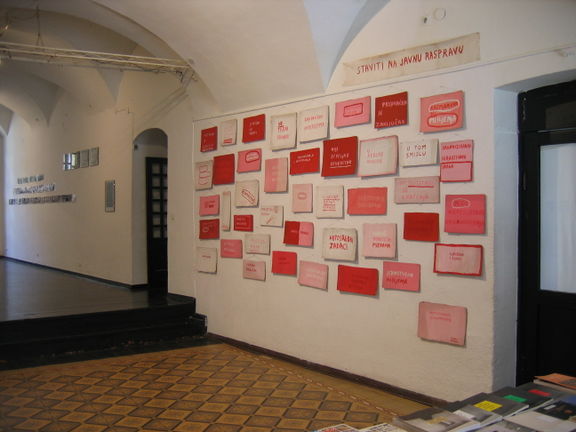 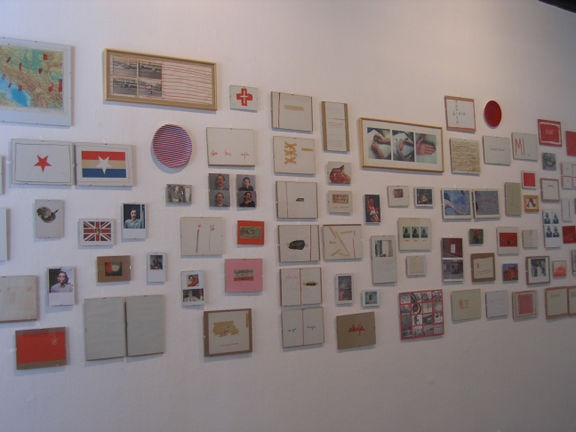 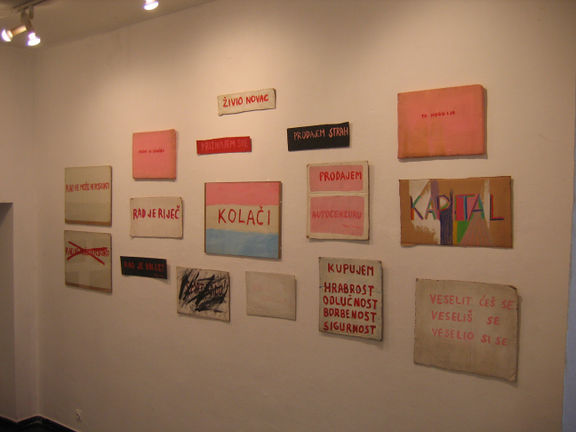 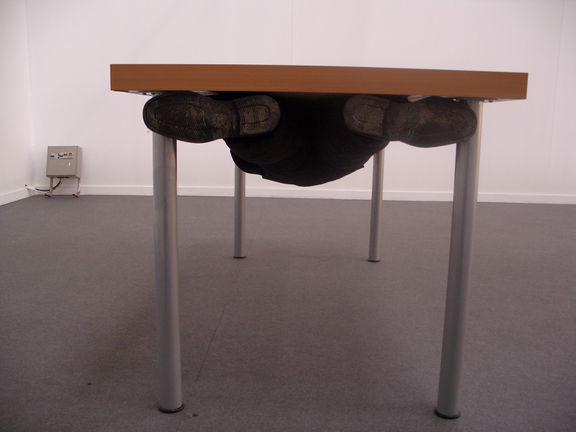 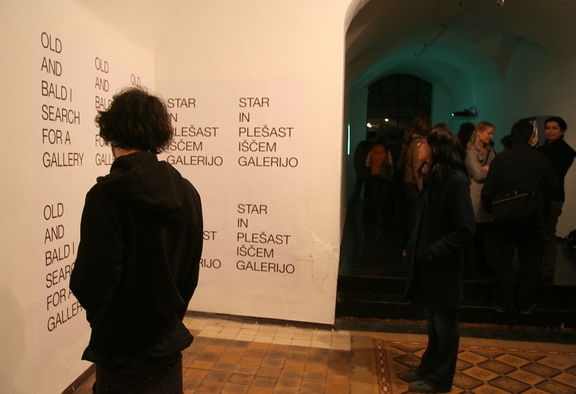 The opening of the Article 23 exhibition, curated by Alenka Gregorič, Škuc Gallery, 2008. On the wall: posters by Goran Trbuljak, Croatian conceptual artist. 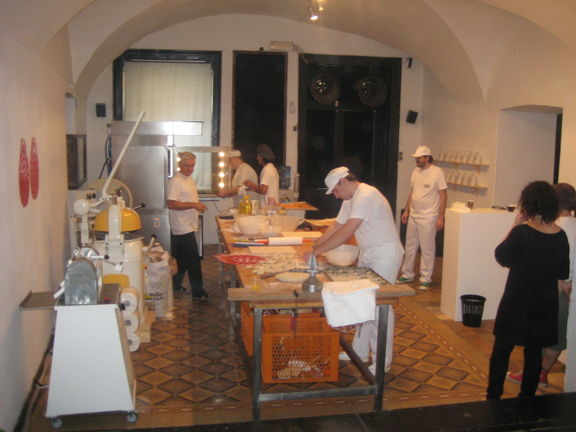 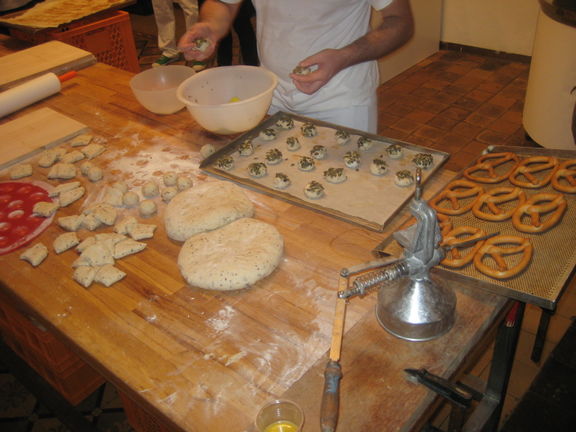 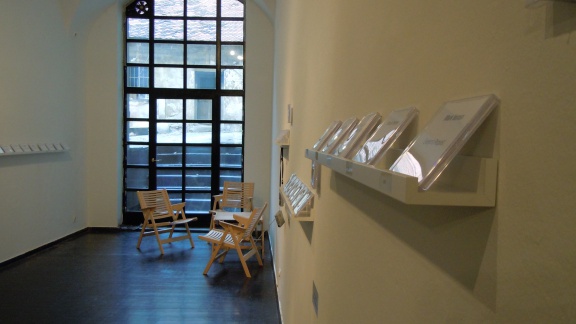 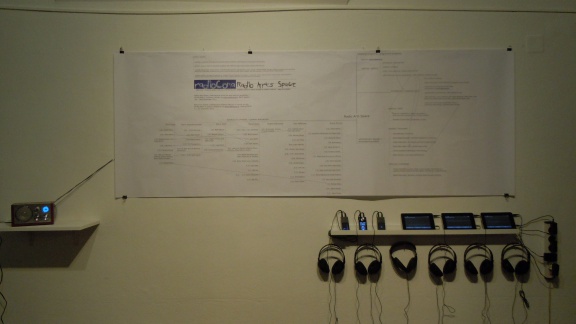 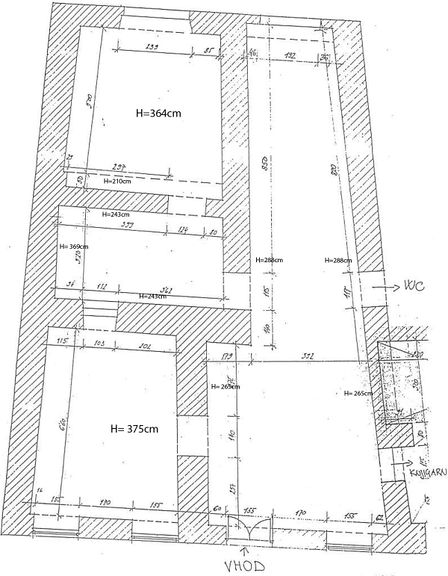 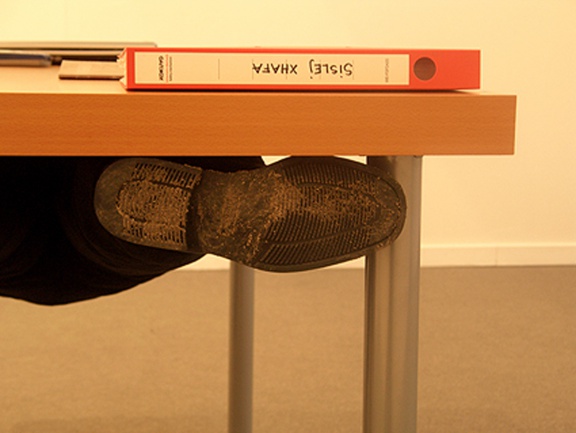 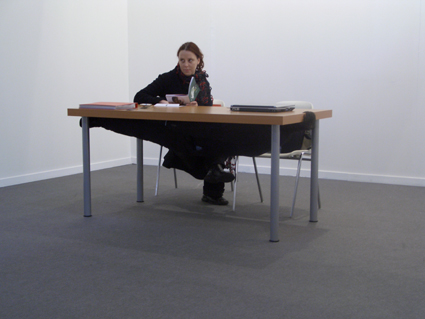