The Planica Valley has been an important site for Nordic sports since the early 1930s, when it claimed the first ski jumping world record and when it also gave birth to a new discipline called ski flying. Since than, the ski jumping competition in Planica became something of a cultural phenomena.

In 2007 the valley became the site of a major renovation, which lasted until the year 2015 and which brought to life the Nordic Centre Planica – a modern Nordic skiing complex that boasts eight newly built or extensively renovated ski jumping and flying hills and which also caters to cross-country skiing and various summer activities. In addition, the Planica Museum was also built and established. 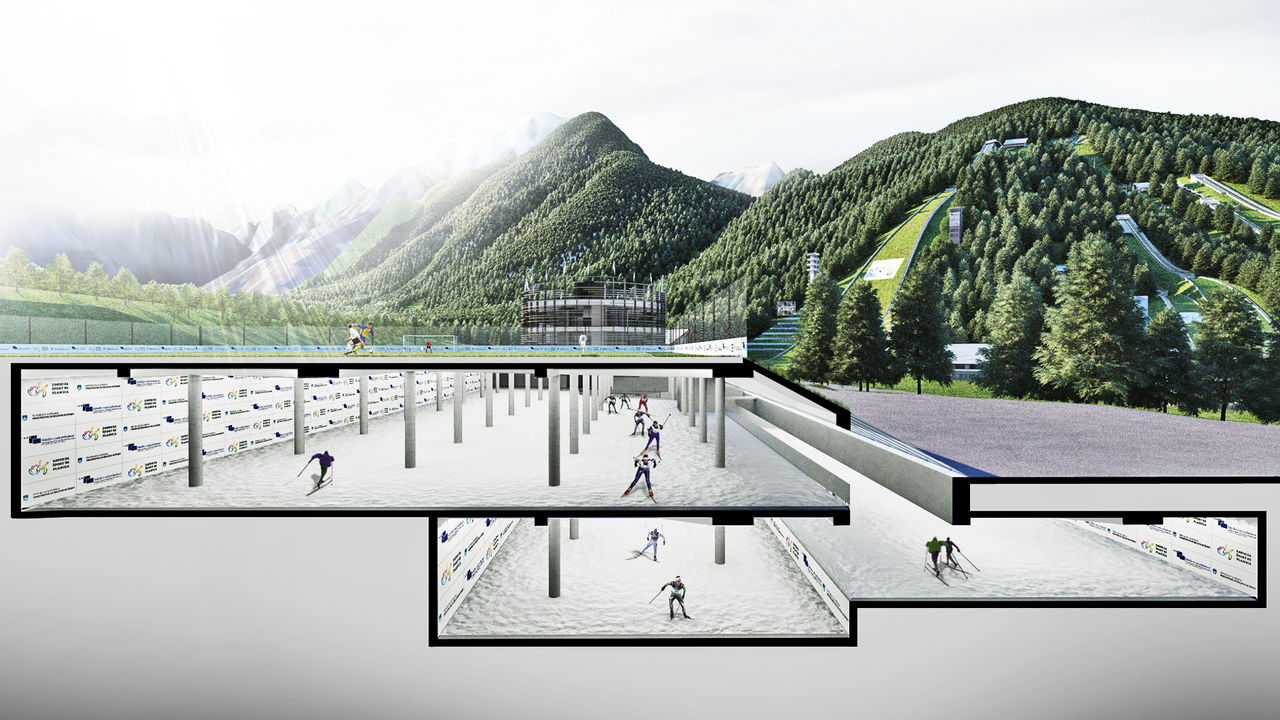 A render of the underground hall (summertime) in the Nordic Centre Planica complex. STVAR architects, 2015.

The three bureaus that handled the architectural dimensions of the project are: A.biro (ski jumps and bridges), STVAR Architects (service and performance buildings, pavilion) and Studio AKKA (landscape, including the lay-out of infrastructure and cross country lanes). For their work, they received the TREND Award 2015 for outstanding achievements in visual creativity, and in 2017 the Maks Fabiani Award for outstanding accomplishments in urban, regional, and spatial planning. In 2019 the Planica Nordic Center is among the seven IOC IAKS Award Gold Winners, awarded by the International Association for Sports and Leisure Facilities.

Planica will host the next Ski Flying World Championship in 2020. Exactly the Gorišek Brothers Hill in Planica was the first venue of the biennial international ski jumping event organised by FIS since 1972. In 2023 Planica will host also the FIS Nordic World Ski Championship, for the first time ever. After it got elected, the FIS president designated Planica as "perhaps the most state-of-the-art Nordic Centre facilities anywhere on the globe".

The following 26 files are in this category, out of 26 total.