The Ethnological Collection of Koper Regional Museum, established in 1983, is presented in Casa veneta a gheffo, a Venetian-Gothic building, erected in the 14th century close to the Koper town walls and reconstructed in 1983. Inside the building an ethnological collection of the material and the spiritual culture of Slovene Istria, Brkini, Čičarija, and the Upper Karst from the 17th century onwards is exhibited.

Casa veneta a gheffo stands at Gramsci Square, previously named Saint Peter Square, which played an important role in the life of Koper fishermen and salt makers as it was accessible directly from the seaside, from the inner harbour [mandrač], and was an anchorage for fishing boats as well as contained a large store of salt. Interesting elements of the two-storey building are the corbelled balcony that rests on carved wooden supports and the rich Gothic two-light, three-foiled window divided by a slender pillar.

The museum's presentation gives special emphasis to the masonry elements of the cultivated landscape: the formation of settlements, the region's specific architecture, the use of stone objects in homes and at work, artistically wrought architectural details, free-standing sculptures, and masonry workshops.

A typical Mediterranean middle-class kitchen occupies a special place with some precious objects like Napoleon's porcelain service, which he presented to Koper prefect Kalifati in 1811. The interior courtyard presents stone objects made of flysch and limestone, while the blacksmith's and wheelwright's crafts are displayed in the shed.

Finally, the collection presents objects of the clothing culture and accessories in urban and rural environment from the 15th to the 20th century in Slovene Istria. The theme was rounded by the exhibition Stkana preteklost – Woven History - Il passato tessuto in 2009, presenting the history, the cultural currents and the recognition of the textile fabrics. An audio guide accompanies the exhibition in Slovenian, Italian and English languages. 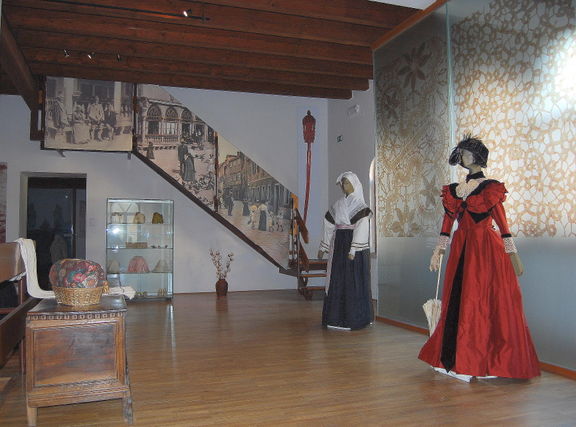 Part of the exhibited ethnological collection, Koper Regional Museum, in the main room of the 1st floor, where a new permanent exhibition entitled Woven Past was built in 2009, which outlines the path from fibres to the final product - clothes 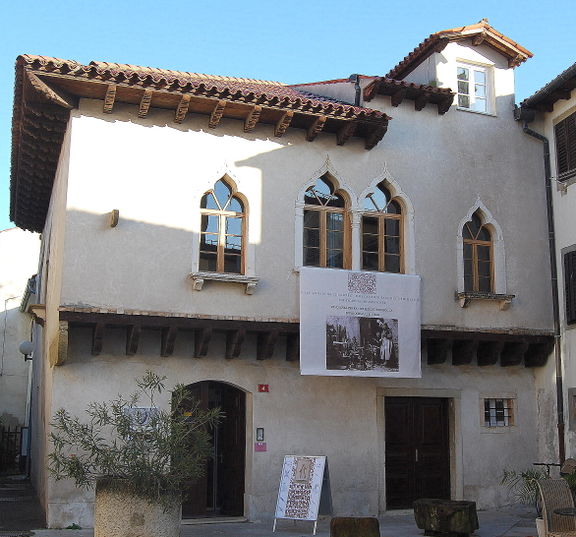