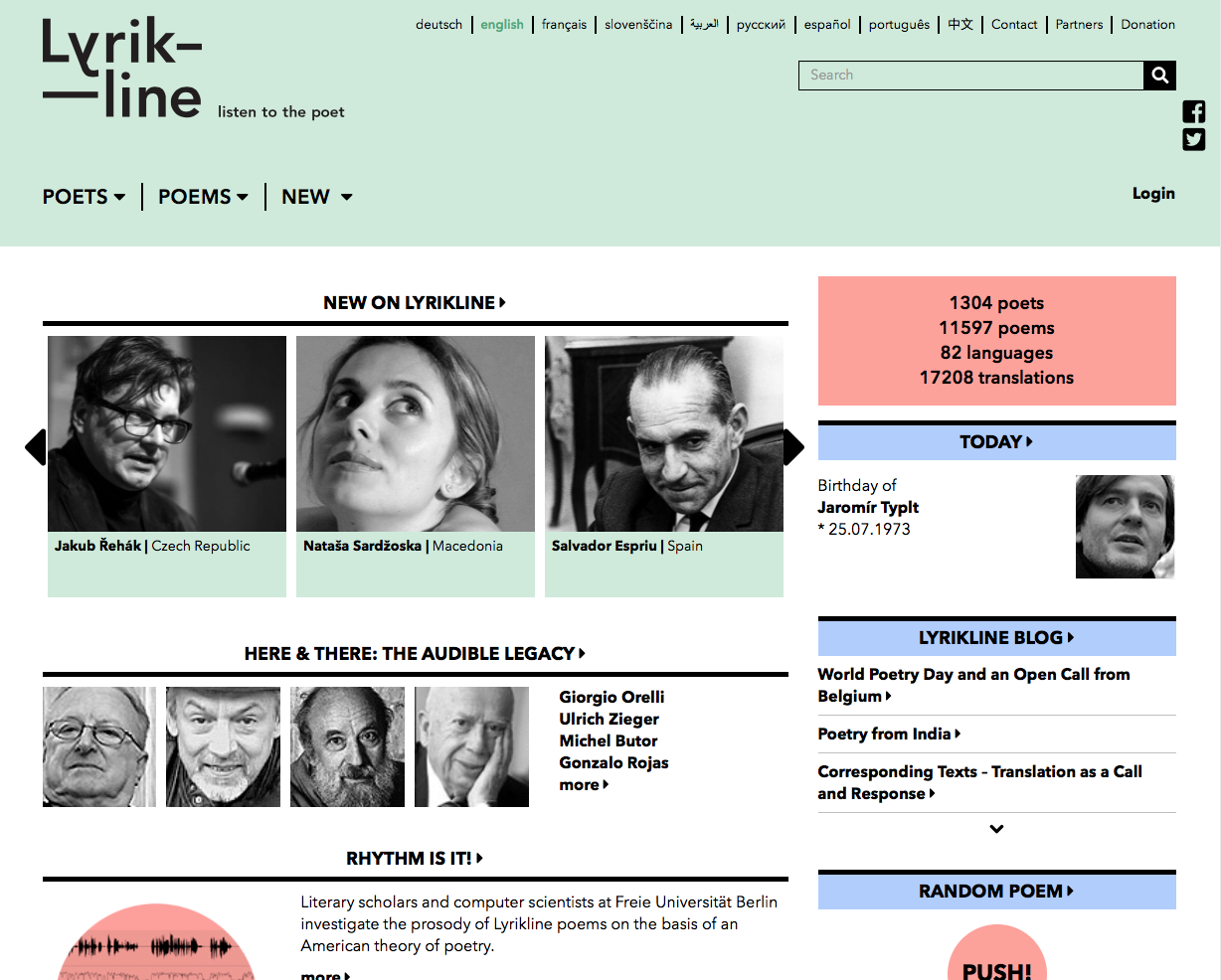 The poetry portal lyrikline.org is an ongoing creation of Literaturwerkstatt Berlin in cooperation with an international network of 42 partners. The lyrikline partner from Slovenia is LUD Literatura. Lyriklinewas opened in November 1999 and is older than Wikipedia and almost as old as google. The 20th anniversary will be celebrated throughout 2019 with many activities and events.

The portal features over 10,000 poems of over 1,300 poets in 83 languages with nearly 18,000 translations. Among the poets there are around 30 Slovene authors presented with 10 poems each. Original texts are complemented with translations into German. Some poems have also been translated into English and other languages (Tomaž Šalamun's poetry has been translated into 19 languages).

The main feature of lyrikline is that it includes audio recordings of the poems in their original language, hence its subtitle "listen to the poet!". 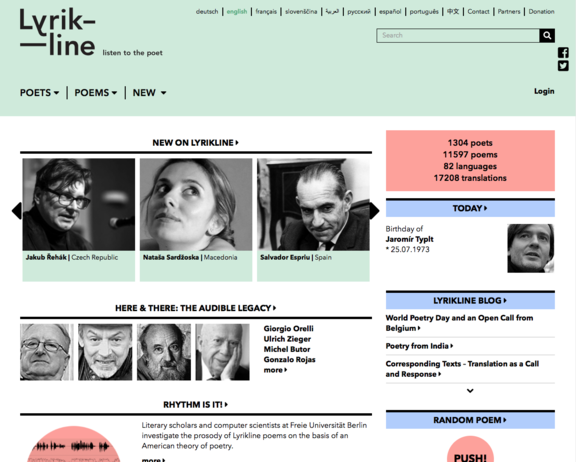