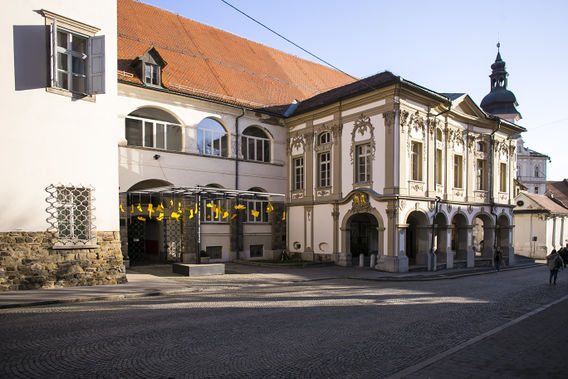 The Maribor Regional Museum is a multidisciplinary general museum for the broader Maribor region, with its rich archaeological, ethnological and cultural-historical heritage. Originating in 1903, the museum keeps about one hundred thousand exhibits, coming from different periods from the Neolithic to the present, which are divided into eighteen collections. The museum is located in the Maribor Castle in the centre of the city and also hosts concerts, lectures and expert meetings.

By 1938 the museum housed its collections in the premises of the former prison in today's Cankarjeva Street. In 1938 the museum was relocated to Maribor Castle, and in the same year, a so-called "burger section of the Maribor Regional Museum" was set up. This was followed in 1943 by the establishment of dedicated archaeological and ethnological collections, and in 1947 by the addition of several other special collections. In 1954 part of the museum's art collection was transferred to Maribor Art Gallery, and in 1958 the National Liberation collection was transferred to the new Maribor National Liberation Museum. A pharmacy collection was added in 1957 and a costume collection – the only one of its kind in Slovenia – was established in 1965. From 1969 the latter also included military uniforms.

In 1996, the museum completely renewed its restoration workshop. A significant acquisition was also the arrangement of the Museum Exhibition Grounds (Muzejsko razstavišče), which unburdened the premises occupied by the permanent museum exhibition. In 2004 the renovation works of the museum building and the museum itself started. A new permanent exhibition was ready in the renovated castle by 2012 when Maribor became the.

The renovated permanent exhibition starts in the entry hall with a museum shop and the museum's beginnings, presenting the collections' highlights in the original museum furniture. The exhibition continues chronologically from the prehistoric times and Middle Ages (in the ground floor of the castle’s Bastille) to the ethnological and bourgeois lifestyle collections, including a reconstruction of a historical pharmacy from the late-19th century. The painting, sculpture, uniform, glass, and furniture collections have been presented in an innovative open storage format.

The museum's long-standing (1963–1988) director Sergej Vrišer (1920–2004), also a professor for museology and conservation science at the University of Ljubljana, won the Stele Award in 2001, the Izidor Cankar Award in 2003, and the Valvasor Award for his lifetime achievements.

The Maribor, European Capital of Culture 2012 has spurred MUSEOEUROPE, the Museum's International Symposium, each year devoted to a specific topic such as textiles, the culture of clothing and fashion (2019), kitchen, food and nutrition (2017), or the Ottoman cultural heritage of the 17th and 18th centuries (2015).

The museum participated in the international project "Bastion", a neighbourhood programme of Slovenia, Hungary and Croatia (since 2005). The project was partly financed by the European Union under the Community Initiative Program INTERREG IIIA.

The international project "TrArS-Tracing the Art of the Straub Family", which involved the Institute for the Protection of Cultural Heritage of Slovenia and the Department of Art History, University of Ljubljana dealt also with the exceptional collection of works by Baroque sculptor Joseph Straub (1712–1756), which is kept in the Maribor Regional Museum. 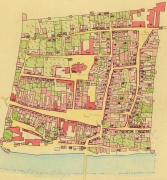