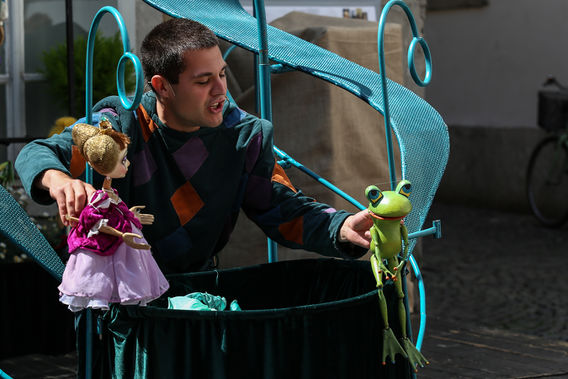 Organised by Mini Theatre since 1999, the Mini Summer - International Festival for Children is one of the oldest festivals aimed at younger audiences in Slovenia. Held on Sundays from early July through to early September at Mini Theatre and on Križevniška street in Ljubljana, the festivals brings an international selection of top-quality puppetry performances for children and adults alike as well as a varied programme of children's workshops.

In its long years of activity, the festival has gained a high number of spectators of all ages and an international reputation and featured intriguing performances for children by international groups and theatres from Poland, Spain, Italy, Israel, Brazil, the Czech Republic, Slovakia, France, Belarus, Belgium, Hungary, the United Kingdom, Chile, Bulgaria, Croatia, Bosnia and Herzegovina, Israel, Germany, and Russia. The festival regularly features Mini Theatre's productions.