The RTV Slovenia Museum Collection presents more than 200 items related to the very beginning of the development of radio and television media in Ljubljana, including rarities such as the first microphone used at Radio Ljubljana (now Radio Slovenia). The small collection was officially established in 1983, although the beginnings date back to the 1960s when the first items were stored for future preservation.

The first manager to establish the collection was Dušica Erzin, when the premises of the archive were housed at Dalmatinova Street 8 in Ljubljana. Eventually, the collection moved to its current location at the premises of RTV Slovenia, where in 2005 and 2006 the opening of the first and second part of the exhibition took place. The current venue is more accessible to the public and allows possible enlargements of the collection with more exhibits from the depo in the future.

The collection of the selected technical equipment includes radios, transmitters, microphones and one of the very first television sets, originating from the 1960s. The most interesting exhibit is a marble plated carbon microphone made by Reiss which was in use at Radio Ljubljana from 1928 to 1941. The same microphone was used in October 1928 when Radio Ljubljana transmitted for the first time and when the writers Fran S. Finžgar and Oton Župančič were the first ones to be heard speaking live on the radio.

The exhibits devoted to the development of the radio present the story of the exciting and rapid growth in the mass media technology. The power of radio is symbolised with a replica of the simple transmitting equipment used by the resistance radio Kričač, the single informative illegal radio station in the occupied Europe during the World War II. 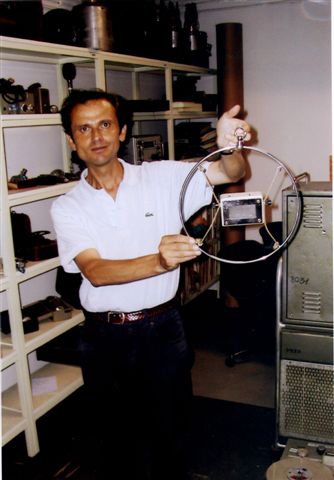