VigeVageKnjige (VVK) is a fresh and aspiring publishing house, set up in 2013 by a group of young professionals who form the Institute for Literary Publishing and Other Freedoms. With backgrounds spanning from design and illustration to humanities and poetry, Kaja Avberšek, Anja Golob and Majda Peklaj (who form the inner editorial circle of VigeVagaKnjige) see their creed first and foremost in quality publishing. Nevertheless, setting up a commercially-minded and yet uncompromising publishing house in this time and place is also a statement of their enthusiastic and persuasive can-do mentality. 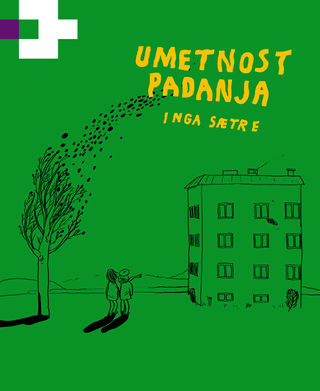 VigeVageKnjige specialises in publishing comic books for children and graphic novels for young adults and adults. The basic goal of VigeVageKnjige is threefold: publishing books, improving reading literacy among the younger and older populations in Slovenia and raising awareness of the graphic novel as a literary genre.

The first series Risoromani focuses on graphic novels that fuse the popular form of comics with a literary sensibility. Among their first releases were Slovene translations of Château de Sable by Frederik Peeters & Pierre Oscar Lévy; Prototyp by Ralf König; and Fallteknikk by Inga Sætre.

Because VigeVageKnjige operates on a small market, they treat their potential audiences with pronounced care. They organise original events to accompany their book releases, including Skype talks with the authors at venues like Kino Šiška Centre for Urban Culture and (in collaboration with KUD Kentaver) live stage re-enactments of parts from the books. They thoughtfully use social media and work to personalise the relations with their customers and write a lively and colourful blog on their website.

Peščeni grad (Sandcastle), a graphic novel by Frederik Peeters with dialogues by a documentary filmmaker Pierre-Oscar Lévy was published in Slovenian by VigeVageKnjige, 2014

Ralf König's Prototyp (2008) translated into Slovene by Anja Golob, was the first 'Risoroman' published by VigeVageKnjige, 2014.