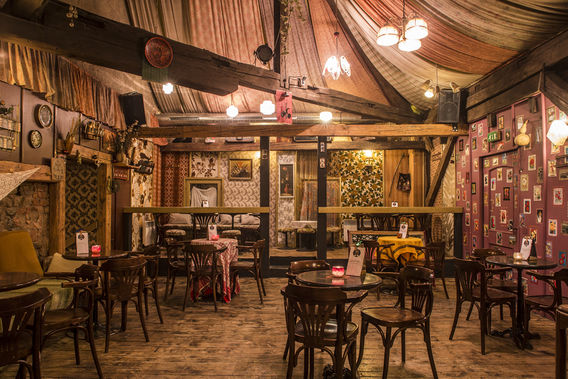 The Zlati zob Ethno club was opened in April 2008. Located inside the 18th-century Selo Mansion complex on the edge of Ljubljana, the club is tuned to an international folklore culture. As such it hosts musicians of the world (ethno) genre, dance workshops and performances, regular "African evenings", and other similar events. The general orientation of the club is mirrored by its culinary offer and the club's interior, which also shows an affinity for folklore aesthetics. The place can be also rented for private events.

The musical programme is very diverse (and not limited to ethno music only) and offers an international selection of artists. They have hosted musicians from Burkina Faso, Brazil, Iran, India, Jamaica, Spain, Macedonia, Bosnia, Serbia, Croatia, Hungary, and other countries. As for some of the Slovene performers in the last years, Zlati zob has hosted Mljask, Sedef, Vasko Atanasovski Trio, Petzapet, Kombinat, Magnifico, Zoran Predin, Janez Dovč, etc.