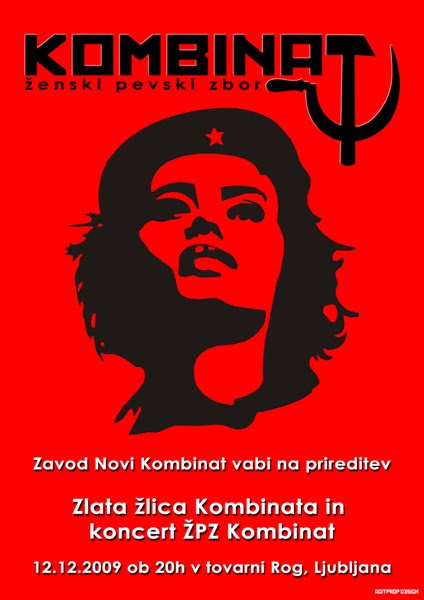 Kombinat, also called Kombinatke, is a female choir that sings revolutionary tunes from all over the world in original languages. It was founded on 27 April 2008, on Resistance Day, which marks the establishment of the Liberation Front in Slovenia in 1941. Around 30 members vary in age as well as profession, they have rehearsals at the Tovarna Rog cultural and social centre in central Ljubljana.

Each Kombinat concert follows a unique script: usually the history of each song is revealed, while some of the concerts are dedicated to current events, for instance the 1 May celebration. On one of the occasions the choir sang for the exploited migrant workers in Slovenia; enough money was collected to cover their trip to Bosnia where they visited their families and former co-workers.

The choir has performed at numerous festivals round Slovenia Koperground Festival and in Ljubljana (Rdeče zore, La Vie en Rose Festival of Chanson, Mladi levi Festival) as well as at the Annual Museum Night event. Concerts have been held in various smaller Slovene towns and even in some cross-border towns in Italy (Bazovica, Prosek). 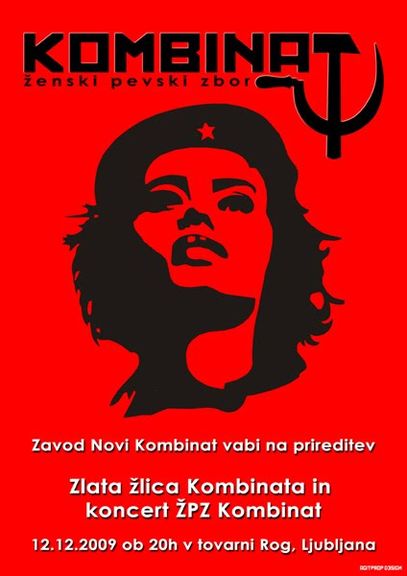 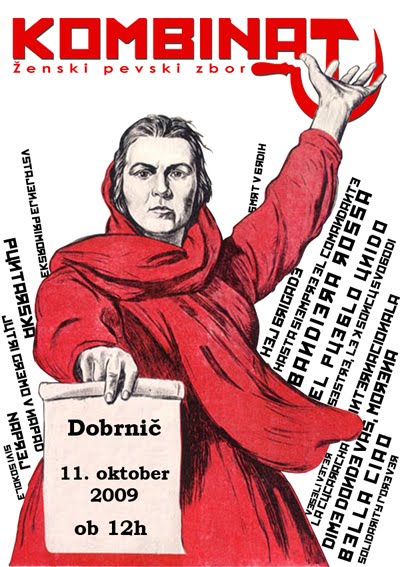 Kombinat Choir poster Motherland for the concert in Dobrnič, 2009 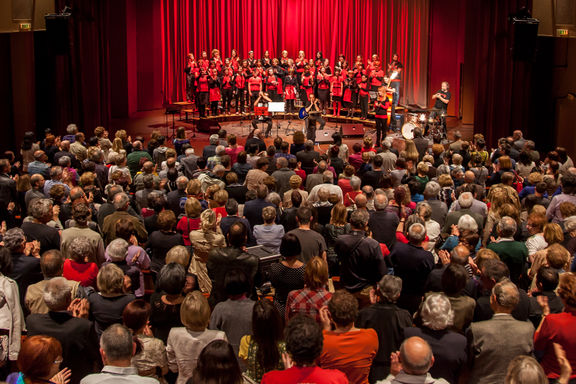