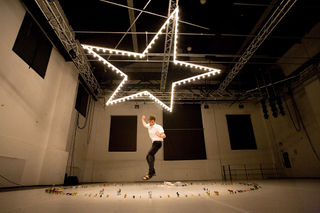 Emanat, Institute for the Affirmation and Development of Dance and Contemporary Art, aims to gain recognition for contemporary dance through stage, multimedia, and occasionally online production, dance education, and publishing activity. Established in 2006 by the acclaimed choreographer Maja Delak, Emanat produces innovative works that develop their own artistic procedures and work codes as well as stimulate artistic exchange.

Aiming to challenge the notions of spectatorship and spectacle and to open new spaces of visibility for performance and new media art, Emanat has been producing the collaborative project Transmittance, which has beem presented at the online symposium on cyberperformance Cyposium (2012), at the Trouble Festival in Belgium (2012), and at the U3 Triennial of Contemporary Slovene Arts (2013).

Emanat's production embraces productions ranging from contemporary dance performances and audio-visual concerts to more site-specific events. Maja Delak's performances include the extremely successful dance-theatre performance Expensive Darlings [Drage, drage] (2007); Serata Artistica Giovanille and Ways of Love, productions which won Delak the 2010 Prešeren Foundation Award; the solo What If (2013); Shame (2011), which won the best performance award at the 2013 Gibanica (Moving Cake) Festival of Slovene Dance; and so on. Delak closely collaborates with musician and performer Luka Prinčič, with whom she has created Ways of Love (2009), the multimedia music performance Frozen Images (2010), and Image Snatchers (2013), etc.

In its productions, as well as in the organisation of workshops, Emanat often collaborates with the City of Women International Festival of Contemporary Arts (HI-RES, Expensive Darlings, Sugar Rush). In 2009, Emanat co-produced the ad-hoc theatre project by the Belgian director Marijs Boulougne Marzipan or Plexi with Tanzquartier Wien and Siemens Arts Programme and produced the project Sugar Rush by Nina Fajdiga, Jasmina Križaj, and Tina Valentan, which was supported by the European Cultural Foundation.

In 2014, Emanat, together with the Contemporary Dance Association Slovenia, launched year-round pilot programme Practicum in Contemporary Dance Art, carried out by the Pre-School Education and Grammar School, Ljubljana, designed to offer practical higher-education training through daily classes and monthly workshops given by established Slovene educators and choreographers.

Emanat also produces the annual final presentation of students and graduates of the module for contemporary dance at the secondary school Pre-School Education and Grammar School, Ljubljana. The project Pre-Première was launched in 2003 and presents a valuable opportunity to the students to present their work to wider audiences under the mentorship of renowned Slovene dance makers.

Emanat's small, but interesting, publishing programme aims to publish original and translated works that inform or connect with the field of performing arts. The Transitions [Prehodi] series includes Slovenian translations of books such as The Ignorant Schoolmaster by Jacques Rancière, Poetics of Contemporary Dance by Laurence Louppe, Touching Feeling by Eve Sedgwick, Ways of Seeing by John Berger, as well as other titles relating to different aspects of the field of contemporary dance, while the Transitions - XS Series also includes the translation of Sarah Kane's Crave, Jasna Žmak's The Other at the Same Time, selected writings by Lisa Nelson Tuning Scores, and a compendium of texts on the relation of folk singing and contemporary performing arts Co-voicings.

Emanat also runs a net-label Kamizdat, primarily releasing works of local artists, that is based on a do-it-yourself ethos, local action, free software, environmental awareness, and critical theory. Among others, the releases include an EP from the technoburlesque Image Snatchers, music from Irena Tomažin's performance The Taste of Silence, and Wanda and Nova deViator's Pacification. 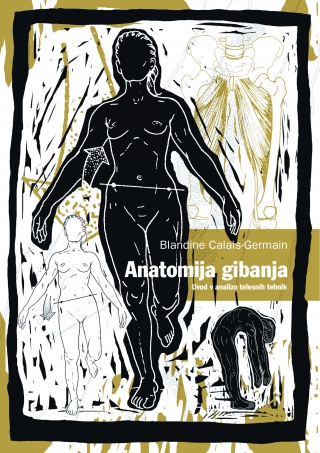 Maja Delak, dancer and founder of Emanat Institute in 2006, Emanat produces innovative works that develop their own artistic procedures and work codes as well as stimulate artistic exchange

Performance Ways of love / Une façon d'aimer by artists Maja Delak and Luka Prinčič at the Račka Gallery in Celje, 2010 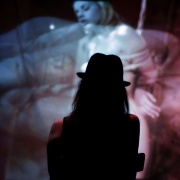