Planica Institute of Sports of the Republic of Slovenia

Tomaž Pavlin, Head of the museum

Gabrijel Gros, Director of the Planica Institute of Sports

Still somewhat in development, the Slovene Sports Museum is the main national institution dealing with the material heritage of sports as well as physical exercise. The museum was established in 2000. Its aim is that of collecting, conserving and presenting the relevant artefacts as well as researching the wider field of sports culture and its history.

The museum is located in a provisional space in the Ljubljana city centre near the central market. The exhibition has been closed to the public because it is being renovated, but access to some of the museum's material is available by appointment. 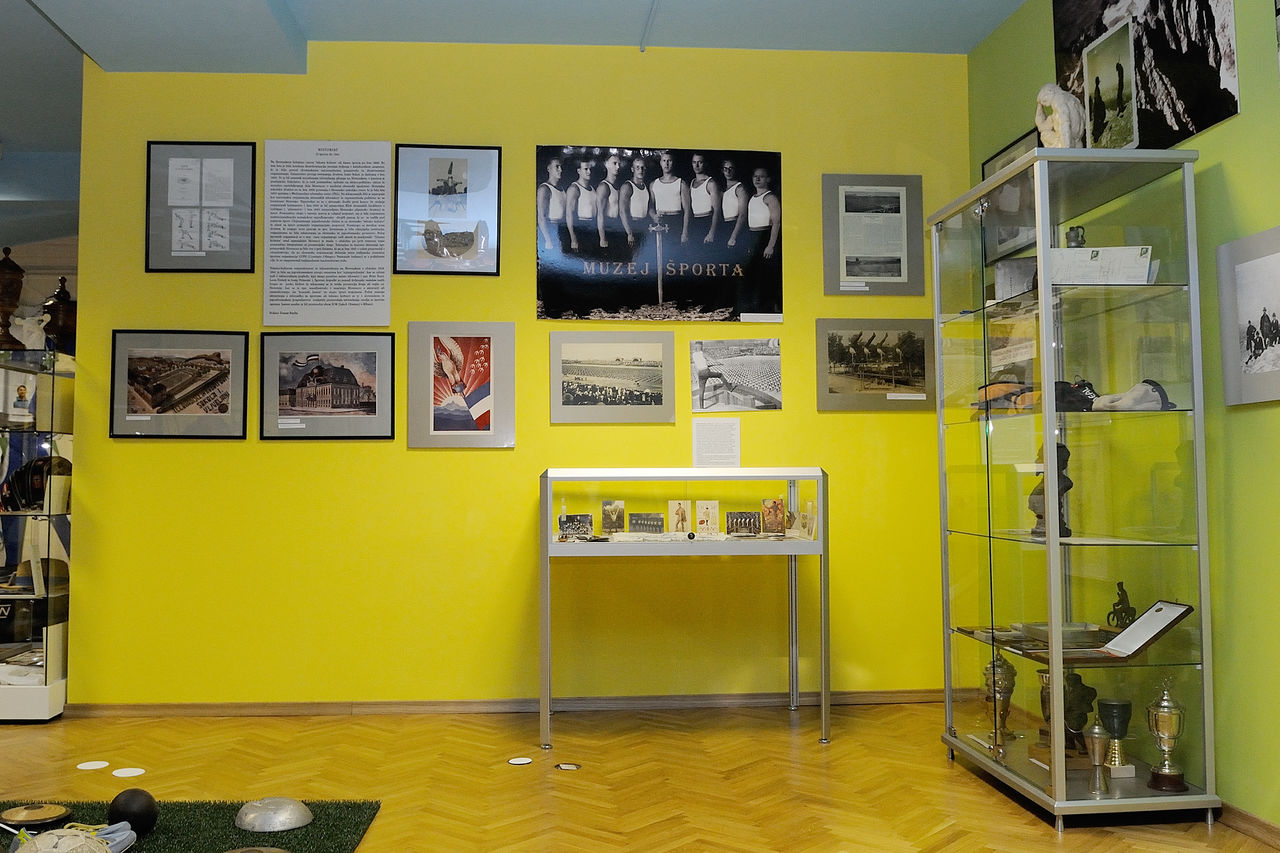 The museum holds quite some materials on the Sokol (from the Slovene word for falcon) movement, an all-age gymnastics organisation founded in 1860s

Background and the current situation

The idea of setting up a museum on sports had been circulating since the 1980s when some of the material for such an institution was already gathered. Established in 2000, the museum opened its doors two years later. However, in 2013, the museum ceased to function as an independent unit and became a part of the national institute for sports. Under the institute's wing, the museum helped to set up the Planica Museum which handles the history of ski jumps and winter sports in the Alpine valley of Planica.

It should be noted that the sports museum's permanent exhibition is still under construction: inventorying is in progress; a digital database is being updated; photos, audio, video files and documentary films are being collected and organised, none of these, however, have been available online for now.

A significant part of the museum's rich collection was provided by the Faculty of Sport Museum Collection and, since 2004, the Olympic Committee of Slovenia Archives. However, a great number of donations and acquisitions of artefacts have been made by individuals, collectors, athletes, sport workers and experts, mainly consisting of sporting equipment, medals, cups, sport uniforms, photographs, etc. New items are still being gladly accepted.

The collection, tightly spread out over a 100m2 exhibition space, is extremely varied. One might mention a strong emphasis on winter sports, spanning from old hockey equipment to a selection of skis that sketches out their technological development. Among them, one can find the original competition skis by the legendary skiers Mateja Svet and Ingemar Stenmark as well as a reproduction of the skis that were used a hundred years ago on the Bloke plains. Some select pieces relating to ski flying are still exhibited here. Others, like the heritage of the ski jump construction engineer Stanko Bloudek, were transferred to the Planica Museum in 2016.

There is also a collection of books on the history of sports, a sort of a library yet in the making.

The Slovene Sports Museum often collaborates with other museums and institutions at different projects and exhibitions. One of the bigger ones was the setting up of the Planica Museum, dedicated to the history of ski jumping and flying, located in the newly constructed pavilion in the framework of the Nordic Centre Planica.

The Slovene Sports Museum prepares temporary exhibitions that coincide with international sporting events such as the Soccer World Cup 2002, the Olympics and other world championships, as well as those taking place in Slovenia: the European Championship in Waterpolo 2003 in Kranj; the European Championship of Gymnastics for Men in Ljubljana (2004, with an exhibition on Miro Cerar, Slovenia's most successful Olympic sportsman).

In 2003, alongside the 140th anniversary of the founding of the South Sokol Society, a historical exhibition on this legendary group which marked the beginning of sport manifestations, sport clubs, and important political movements in Slovenia from the early 20th century, etc., took place. 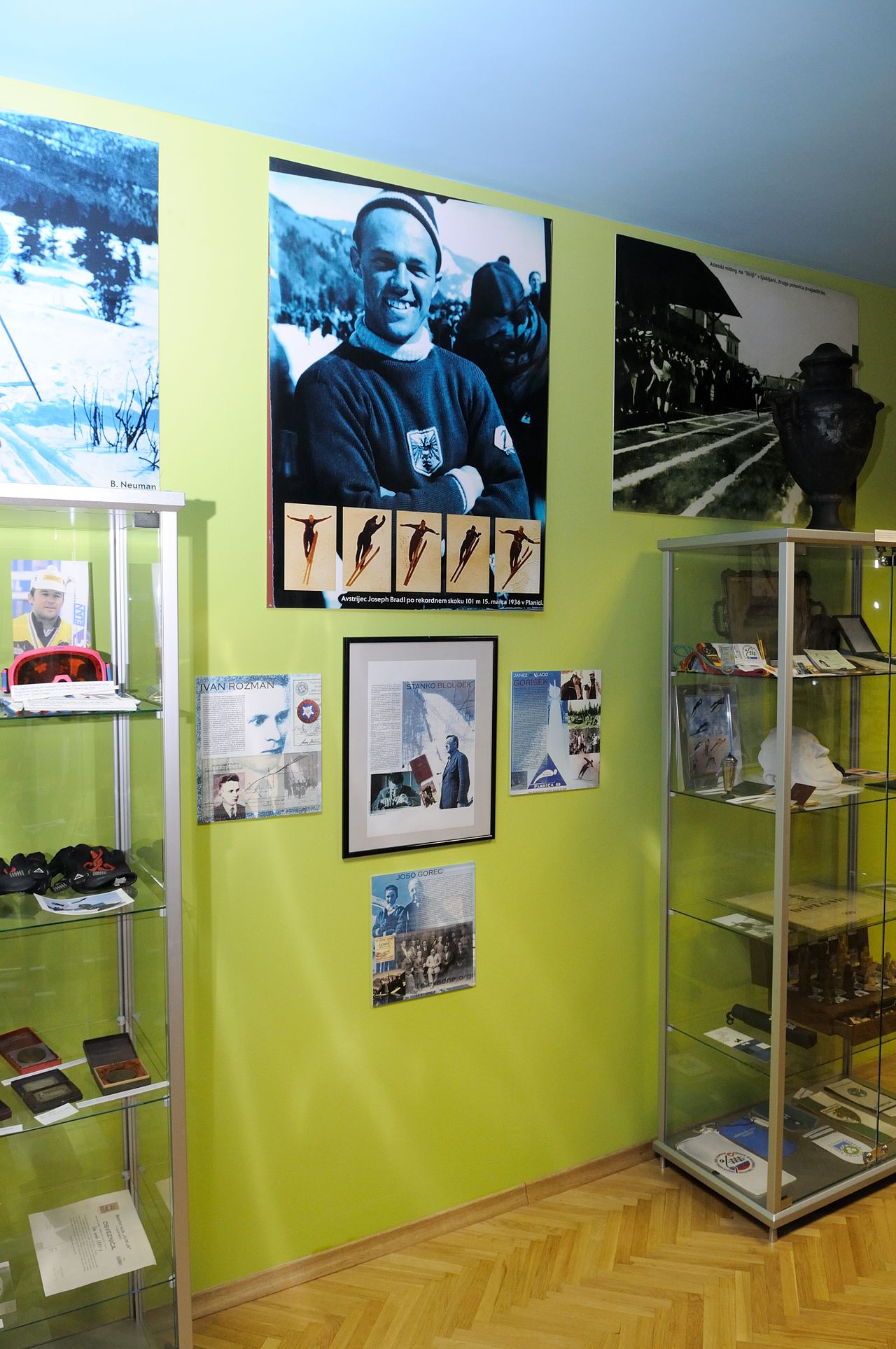 Though the Slovene Sports Museum still holds some material on ski jumping, the majority of it got transferred to the Planica Museum in 2016 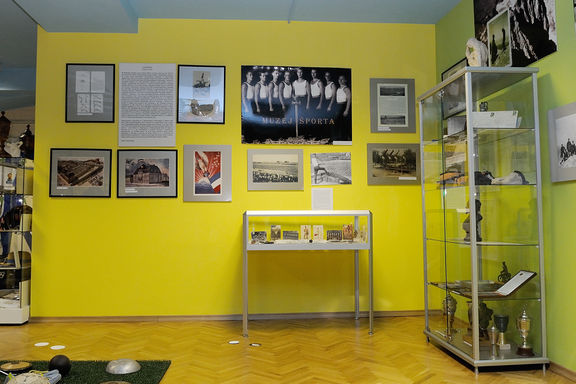 The museum holds quite some materials on the Sokol (from the Slovene word for falcon) movement, an all-age gymnastics organisation founded in 1860s 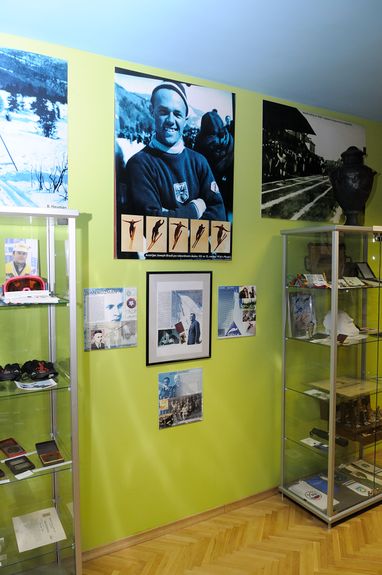