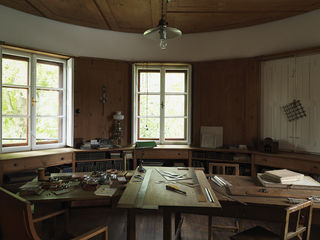 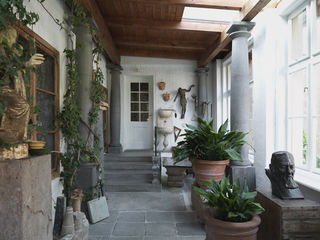 The Plečnik Collection department was established along with the Architecture Museum in 1972, to focus on the preservation of Plečnik's estate, yet it was opened to public in 1974, side by side with the Plečnik House. The role of the department was to preserve the existent material as well as to acquire the new, to explore the period and circumstances in which the master lived and worked, and to educate, present, and promote the work of Jože Plečnik.

Since 2010 the collection, together with the entire inventory of furniture and other objects used by Plečnik and preserved in situ at the Plečnik House, has been managed by the Museum and Galleries of Ljubljana.

In 2015 the exhibition premises were extended. Today the collection is housed in a complex of two houses at Karunova ulica 4 and 6, with an adjacent garden with a lapidarium. 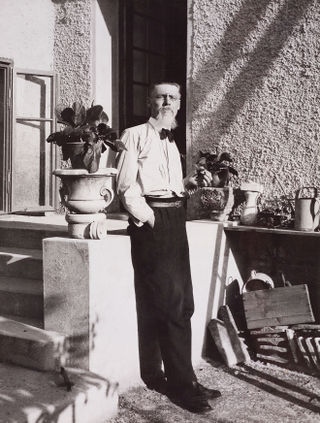 Jože Plečnik (1872–1957) left his hometown Ljubljana when he was 16 years old to study in Austrian Graz, later on he became a student of Otto Wagner in Vienna. He lived and worked in the cosmopolitan surroundings of Vienna and Prague, and after 33 years returned to Ljubljana with the intention of turning a provincial town into the capital of a nation. Few cities have had the personal seal of a single architect so strongly impressed upon them as Ljubljana has with Jože Plečnik.

Among Plečnik's achievements of neo-classical style were the Zacherl project in Vienna and the renovation of the Hradčani Castle for Masaryk, including a series of presidential apartments, the courtyards and the gardens.

The continued development of the architectural profession in Slovenia was ensured when the University of Ljubljana was established in 1919, and Jože Plečnik was invited to teach at the Department of Architecture from 1921. He considered traditional heritage not as a restriction, but rather as an inexhaustible source architecture, and his urban plan for Ljubljana (1929) gave him the opportunity to map out and implement his grand vision for the city. Over the course of two decades, with extremely limited financial resources, he married classical architectural forms with his own imaginative ideas to create a series of monumental new Buildings (the National and University Library, the Market Collonade, the Mutual Insurance Building, the Flat Iron Building Peglezen, the Žale Cemetery), bridges (Three Bridges, Shoemaker's Bridge), and churches (Church of St Francis of Assisi, Church of St Michael in the Marsh). 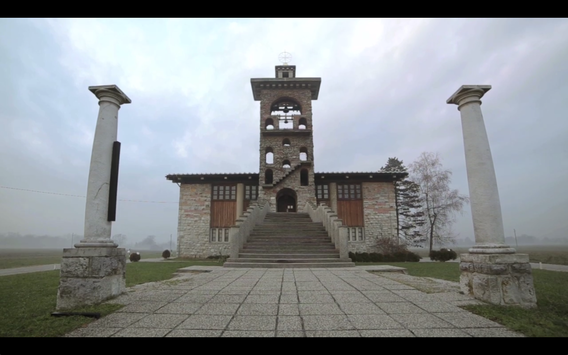 Jože Plečnik's opus found wider esteem and popularity with his large retrospective exhibition opened in 1986 at the Georges Pompidou National Cultural Centre in Paris. After being shown in Ljubljana, a modified exhibition toured to Madrid, Vienna, Munich, Karlsruhe, Milan, Venice, New York, and Washington. In the 1980s, Plečnik's idiosyncratic architecture and imaginative design appealed to the postmodernist generation, later on he became a topic of thorough research (Mel Gooding's monograph on NUK, 1997, Valena Tomáš's Jože Plečnik – Architecture for New Democracy exhibition in Prague (1996) that resulted in a book of essays in 2013).

Plečnik has also been praised abroad for his high degree of originality and innovation in the use of historical, regional, and even, local features. In January 2015 the Czech and Slovene Ministry of Culture nominated "The timeless, humanistic architecture of Jože Plečnik in Ljubljana and Prague" for inscription onto the UNESCO World Heritage List. As in 2018 the Czech partners withdrew, Slovenia is going to pursue with the newly conceived nomination of Plečnik's heritage.

Plečnik House in 2012, before the renovation works that were accomplished in September 2015, Museum and Galleries of Ljubljana

During the war Plečnik moved his work desk from the first floor into his bedroom, where it stayed until his death in 1957. Restored room in 2015.

The authentic interiors are preserved just as Plečnik created them, with his own original design of furniture and a wealth of small objects. Renovated Plečnik House, 2015

The renovated complex of the Plečnik House in 2015.

The interior of Jože Plečnik's studio in the year of the master's death in 1957.

Drawing utensils preserved in situ at the Plečnik House, 2015.

Plečnik received guests in the small room panelled with wood on the ground floor. Renovated room in 2015

Jože Plečnik, standing in front of the cylindrical extension of his house in Trnovo, 1926.

The entry porch in Plečnik House, with the master's collection of sculptures and spolia, 2015.

The bedroom and work room of master architect Jože Plečnik was situated in the circular tower. A view of the renovated room, 2015.

The round room has been preserved as a drawing studio used by Plečnik's students during World War II, when also a part of the library from the School of Architecture was moved there. Renovated room, 2015.

The entry porch was both a reception room and a lapidary. Renovated Plečnik House, 2015.