From Culture.si
(Redirected from City of Women)
Jump to:navigation, search

City of Women Association for Promotion of Women in Culture

The City of Women International Festival of Contemporary Arts presents women artists from Slovenia and abroad working in different disciplines and contexts. Held annually in Ljubljana over a period of 10 to 14 days in October, the festival presents some 40 events – including theatre, visual arts, performance art, dance, film, video, literature, and multimedia – which relate or reflect the selected theme of each year’s festival.

The festival was first organised in 1995 in Ljubljana as an initiative of the Governmental Women's Policy Office (later renamed as the Equal Opportunities Office) in order to draw attention to the relative lack of participation and presentation of women in the arts. Since 1996, it has been organised as an annual international festival of contemporary arts by the City of Women Association for Promotion of Women in Culture.

The City of Women celebrates diversity. The festival is a platform for a variety of opinions and perspectives of artists and theorists from all around the world. It aims to articulate the position of women in contemporary society through marginalised perspectives as well as attempts to bring different political and social emphases to the established conceptions of modernity. The festival offers an increasing number of its own productions and co-productions in the fields of performing arts, dance as well as film and music.

Events are held at various sites around Ljubljana and in recent years also other Slovenian cities, such as Maribor, ranging from established cultural institutions to alternative spaces. Apart from films, performances and exhibitions, the festival features round-table debates, lectures, and workshops, focusing on themes dealing with key problems of modern women and highlighting other marginalised social phenomena.

Furthermore, the City of Woman is also active throughout the year, organising lectures, public discussions, civic initiatives, and so on. Its important programme activities are also international collaborations, networking and the promotion of Slovenian artists abroad within partnerships and/or international co-productions. 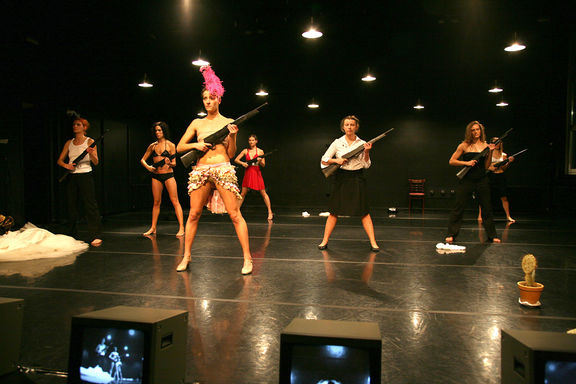 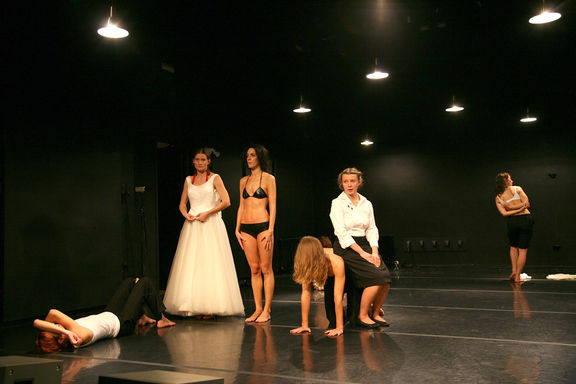 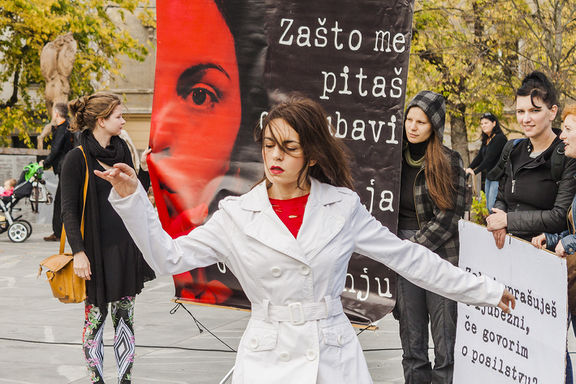 My Body, My Territory, a street performance by the ACT Women group at the October special festival edition Red Dawn above the City of Women in 2013 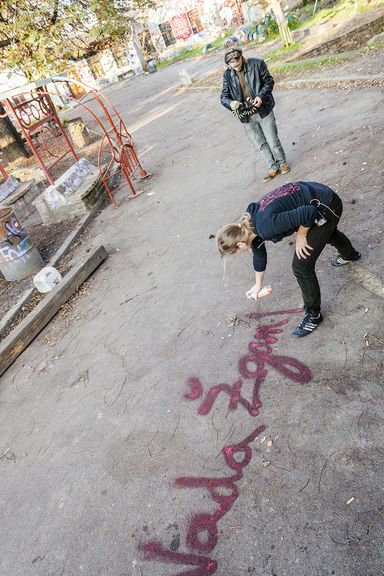