In mid-January 2021, while the premises of Rog were slightly less populated due to the pandemic, the Municipality of Ljubljana hired a private security company to invade Rog in the early hours of the morning and evict the occupants with the help of the police and also some tear gas. In the following hours, significant parts of the building were already demolished. 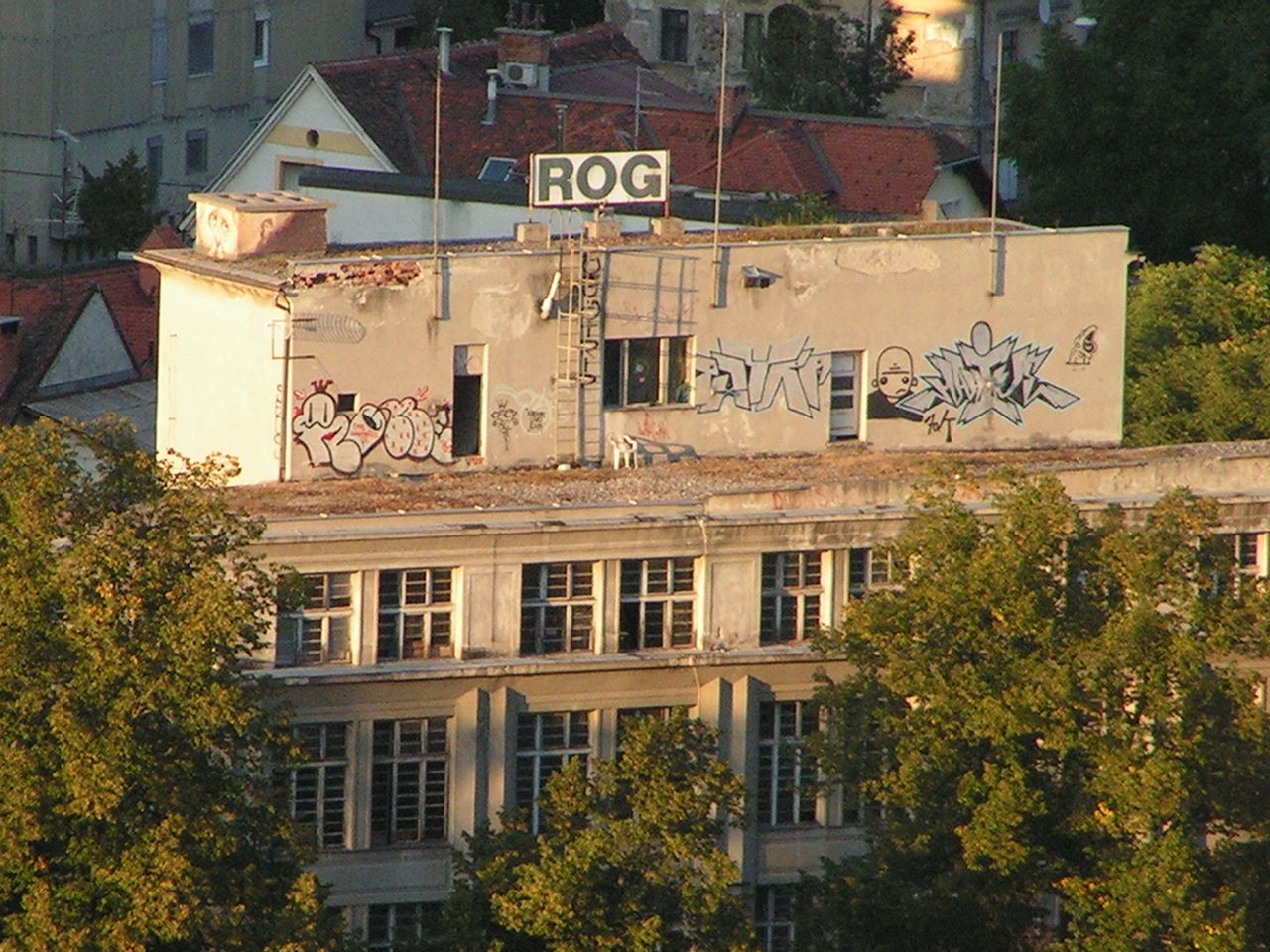 Tovarna Rog (Rog Factory) is an autonomous social and cultural centre set on the premises of a former bicycle factory. "Consensually" occupied in 2006, this vast location of 7,000 square-metres in "downtown" Ljubljana currently facilitates a rich programme of social and cultural activities and programmes; philosophy lectures happen while graffiti are being painted, rave parties take place in a skate park, and soup kitchen meals are often followed by film screenings.

Made up of one central and several smaller buildings, Rog hosts a number of artist studios, gallery spaces, two skate parks, a social centre for disadvantaged groups (such as migrants and refugees), various concert and clubbing venues, a bicycle repair shop, and so on. The basic principles upon which this melange functions are DIY, horizontal organisation and socially progressive politics. Most of the activities taking place here are of a non-profit nature, though the authors of some projects do receive public funding. To date, hundreds of individuals and dozens of cultural and social organisation have been involved in activities in Rog.

Besides the main building and a few smaller ones, some of the peripheral buildings are not used due to safety reasons. Yet, considering decades of abandonment, the complex is taken care of fairly well and boasts a number of sculptures, graffiti-works, paintings and imaginative decorations. Its energy supply is provided by DIY ethics and a private powerplant working on fuel.

Visual art exhibitions are hosted by the galleries Zelenica and Brez kraja (the "Endless Gallery"), circus workshops and trainings are held at Cirkusarna (the only place in Ljubljana with a serious trapeze), and the Rog Social Centre functions as a laboratory for global citizenship. The latter has organised numerous actions, lectures, symposia and informal public debates tackling the issues of asylum seekers and migrant workers (for example, the initiatives IWW – Invisible Workers of the World and the Nomad University). There are also two skateparks, of which one was opened back in 2007 and is probably the best equipped place for BMX cycling, skateboarding and rollerblading in Ljubljana.

During the second half of the 19th century, the future Rog premises were used for manufacturing leather. The main building was built for this purpose in 1922. The premises became nationalised shortly after WWII and refurbished as a factory for Rog bicycles, makers of the legendary model "Pony". The bicycle factory operated until 1991, when the whole place was rather abruptly abandoned. In 2002 the Municipality of Ljubljana bought the entire industrial complex.

In the following years, revitalisation of the area was much discussed, and the main factory building (being the first steel and concrete building in Slovenia) became protected as a cultural heritage site in 1998. Yet, aside from two large scale exhibitions held on the premises (Break 21, the International Festival of Young Artists, and the 17th Biennial of Industrial Design), nothing really substantial happened until 2006, when an informal interdisciplinary group decided to take the initiative into their own hands. The inception of Rog is dated to March 2006, when – as one of its first guests – Antonio Negri also gave lectures there. The subsequent transition from a factory to a cultural centre was not a classic squatting occupation, but was conceptualised as a creation of a temporary production unit. 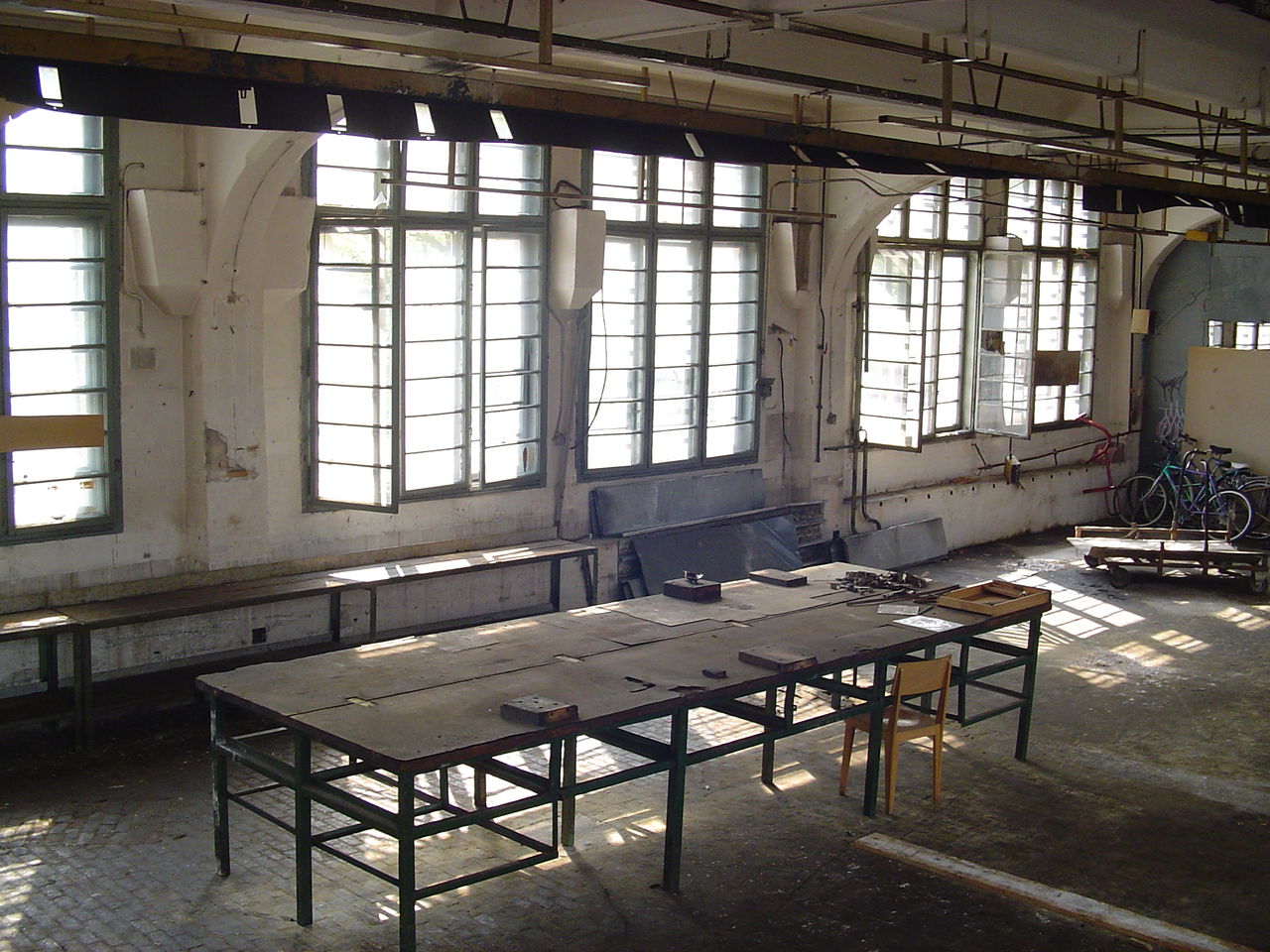 The first festival in Rog was the Politically Incorrect Film Festival (PIFF) in May 2006, followed by the user-organised Rog Festival. In June the Open Rog final exhibition of the World of Art curatorial course was organised by SCCA-Ljubljana Centre for Contemporary Arts. Later that year the Bunker Institute also presented some of its events there. In 2007, a group of independent new media and visual artists used one of the Rog spaces to establish Cirkulacija 2, an interdisciplinary platform for contemporary art. Rog was also used for temporary screenings by the Kinodvor Cinema.

For some time the power supply was ensured by the film director Franci Slak, who filmed his film Kakor v nebesih, tako na zemlji here (it was produced by Radio-Television Slovenia).

In 2010, the Municipality of Ljubljana participated in the Central European project A Second Chance: From Industrial Use to Creative Impulse, joining the cities of Nuremberg (former AEG factory), Leipzig (HALLE 14 of the former Cotton Spinning Mill), Venice (the Arsenale), and Krakow (the tram depot in the St Lawrence district). The project aimed to develop innovative strategies and concepts to upgrade the former industrial site into a key cultural hub in the city.

The future of the Rog complex is currently remains under question, the Municipality of Ljubljana still plans to renovate it and turn it into a hub for contemporary art and creative industries. The main building is to be transformed into the Rog Contemporary Arts Centre with a production centre, exhibition spaces, studios and artist-in-residence programmes, art shops, educational spaces, etc. Nevertheless, the Autonomous Rog Factory has been active for ten years, since the authorities have not been able to attract private funding to actualise the above plans. The public discussion on the proposed development project has also brought serious criticism. As of Januar 2021, the users of the Rog Factory are defending the premises against the demolition planned by the municipality in order to allow more public discussion on the future of this unique grass-roots cultural centre.

Municipality of Ljubljana plans and projects 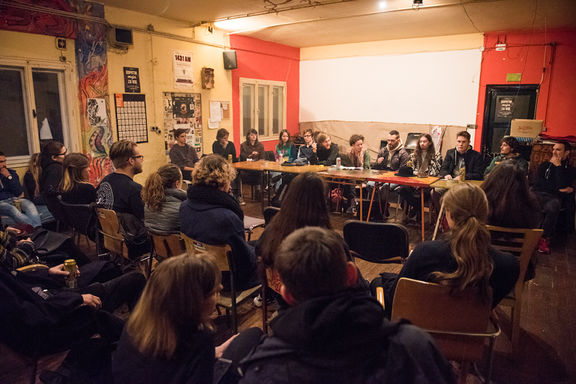 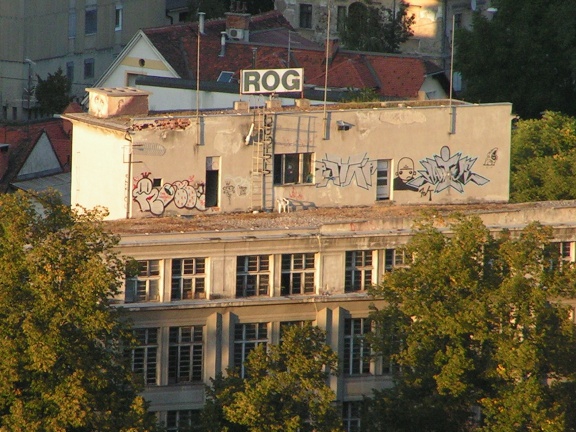 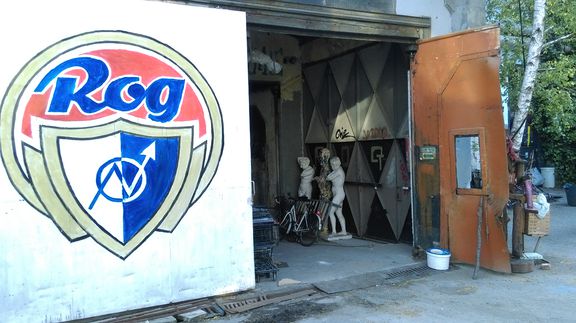 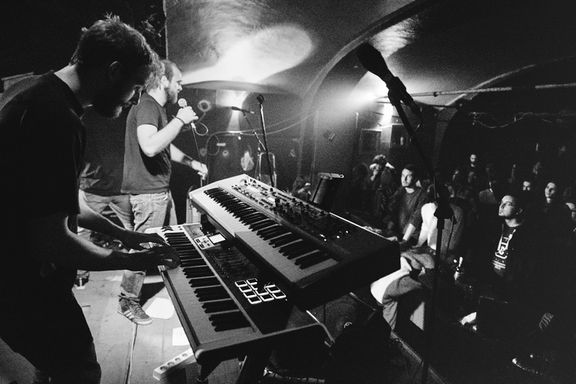 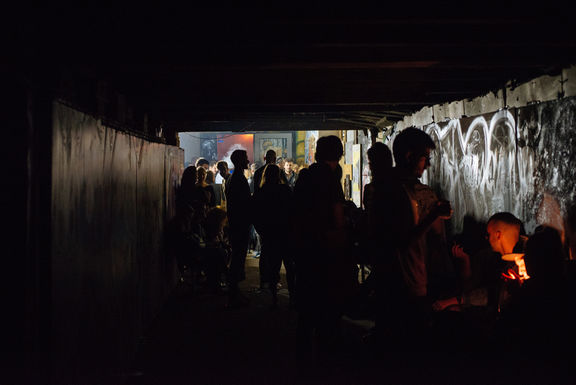 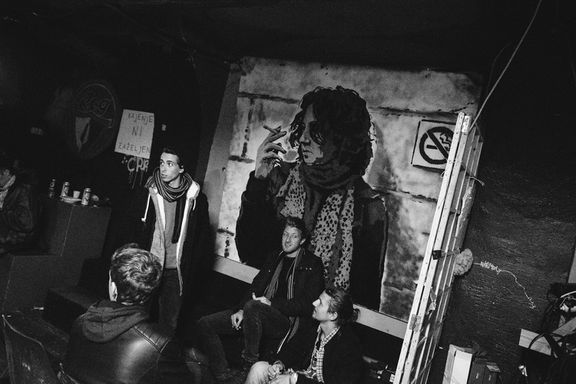 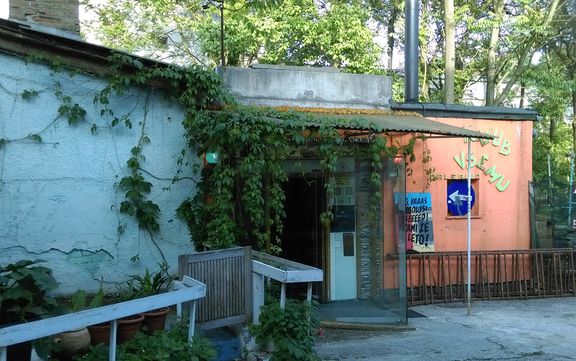 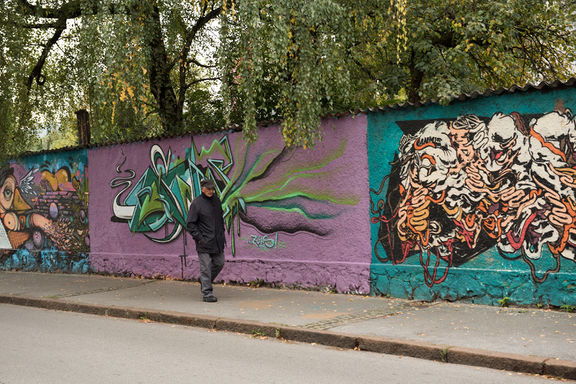 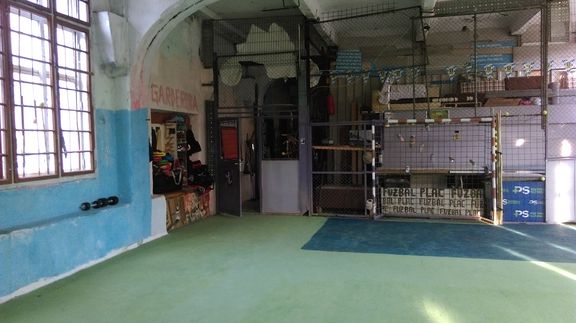 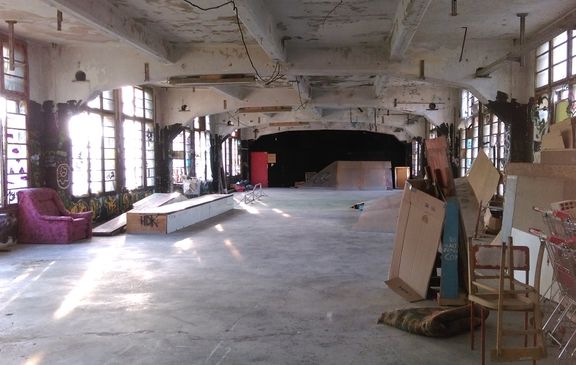 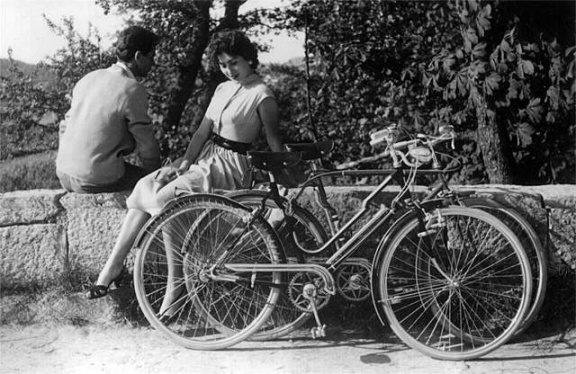 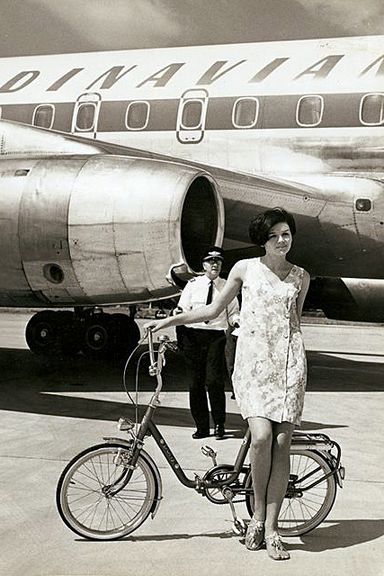 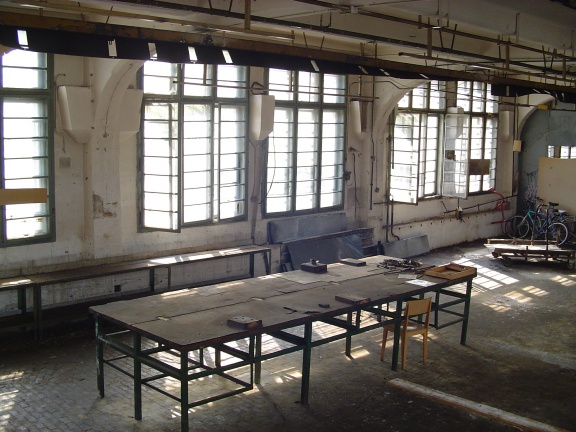