Skiing in the Museum 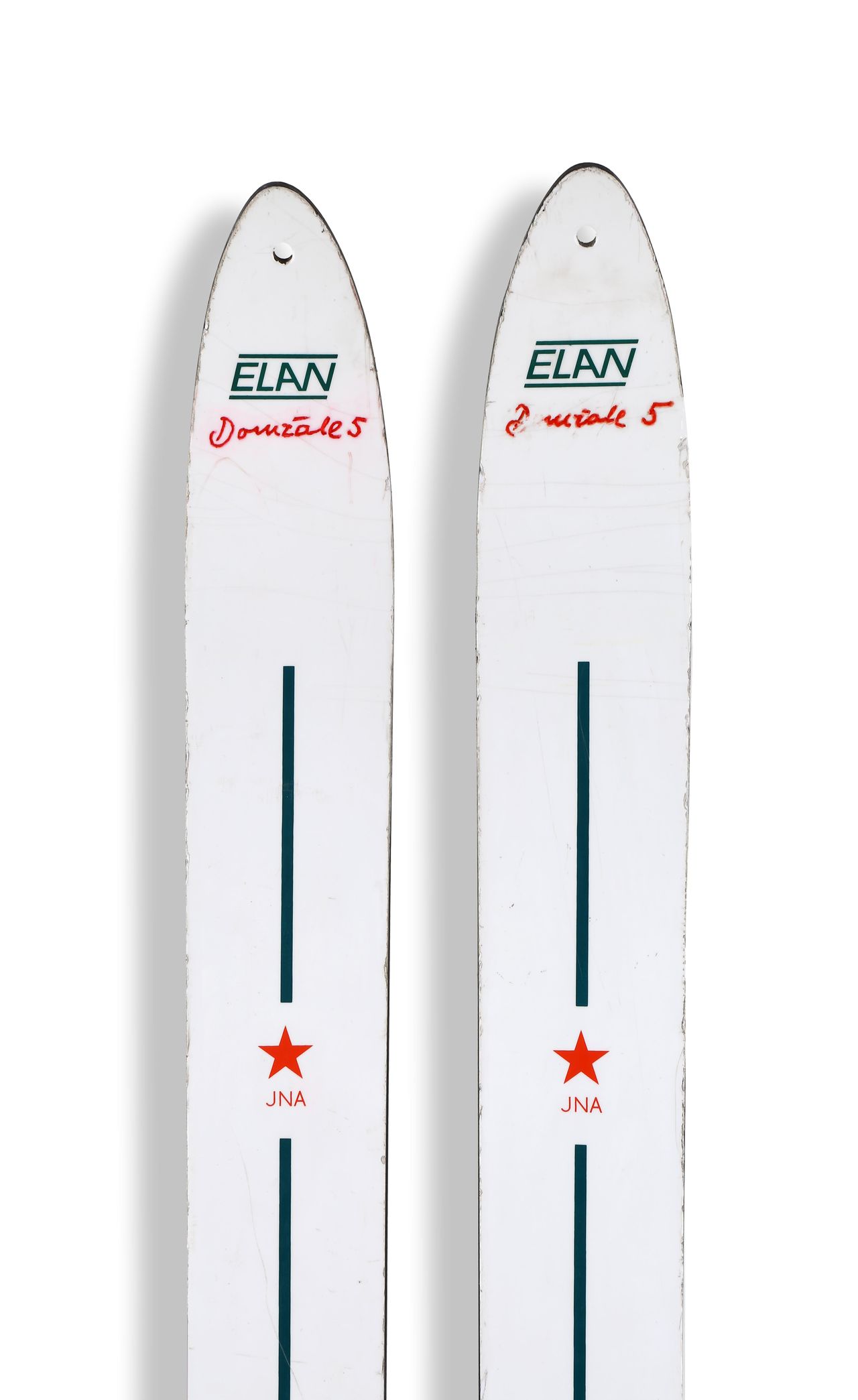 A pair of skis, used in the Yugoslav People's Army. From 1974 onwards, its mountain warfare forces would use the equipment produced by Elan. Photo: National Museum of Contemporary History.

Are you looking for sport in a museum? In the case of Slovenia, skiing would be the most ubiquitous of them all. Beyond the stereotype of being a national sport, skiing has also grown into both an internationally successful business and industry and a rather commonplace lifestyle at the same time. But let's start our slalom through the skiing heritage with the fear of winter.

In his book Winter: From Fear to Joy Borut Batagelj, the director of the Historical Archives Celje claims that the tradition of skiing in Slovenia was invented. Until the early 1930s, going outdoors during the winter was strongly advised against for health reasons. 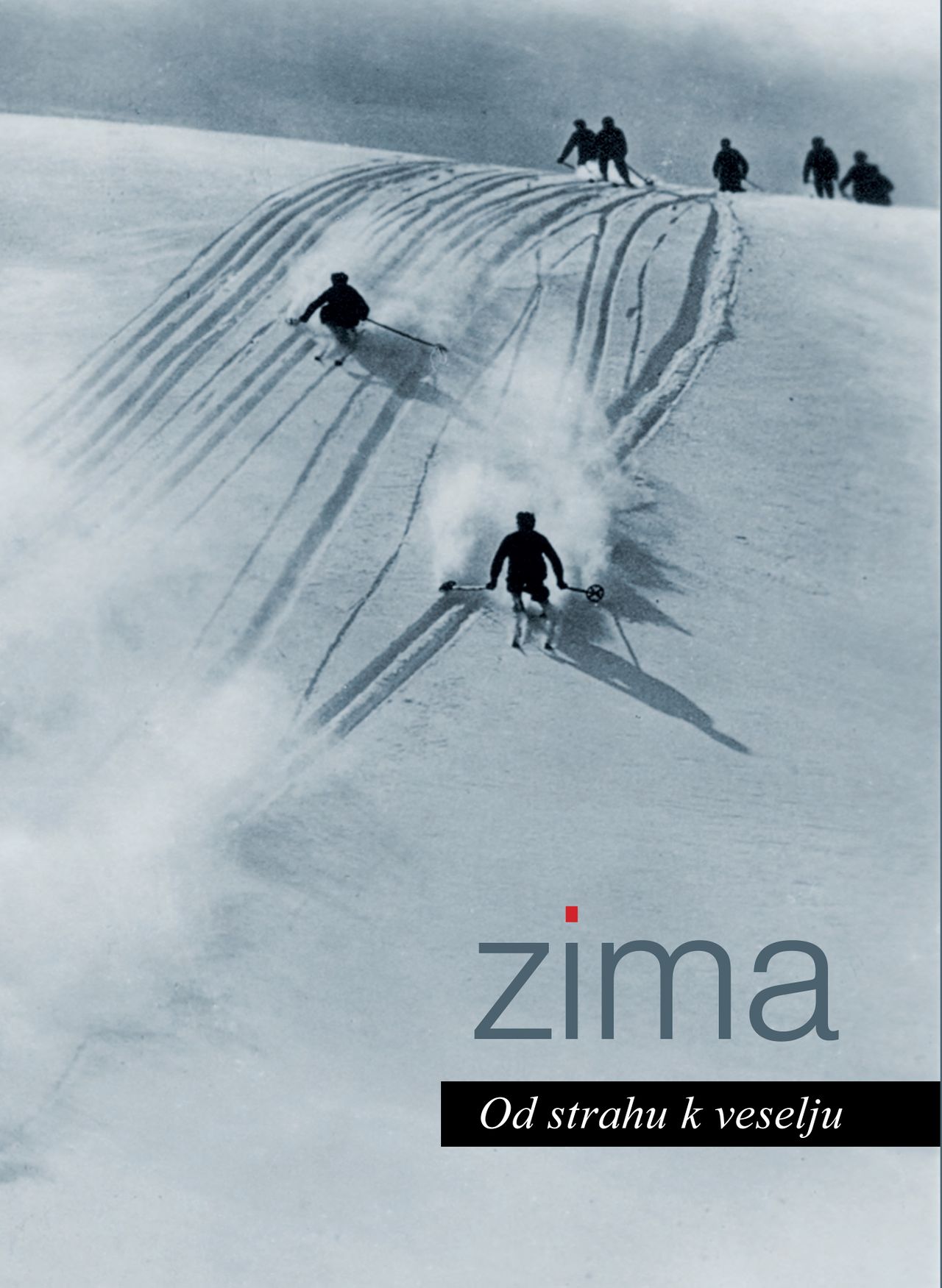 The exhibition catalogue Winter: From Fear to Joy, published by the Historical Archives Celje.

Not so on the Bloke Plateau, though, the coldest place in the country, where skis have been used as a means of transportation for centuries. Already in 1689, the polymath Janez Vajkard Valvasor reports of them in his monumental encyclopaedic work Die Ehre des Herzogthums Crain (The Glory of the Duchy of Carniola). Even funerals were handled on skis. In the 1950s, Boris Orel, the first director of the Slovene Ethnographic Museum thoroughly researched the skis-related crafts and customs of this tradition.

Proud of the tradition, Bloke residents opened a small local museum in 2015, in which ethnology, family memories and anecdotes meet. These skis have become a must-have for every decent alpine or Nordic sports museum and can also be found in Germany, Norway, Sweden and elsewhere.

After World War I, the social values began to change, and the notion of free-time outdoor activities burst into national pride-driven mountaineering clubs. From these clubs emerged skiing as a sport. It got a serious kick in the 1930s. While carving through the DLib.si - Digital Library of Slovenia one can slide into the Skiing ABC manual (one of those publications in which the advertisements are as much fun to read as the editorial content). The rich online photo collection of the Slovene Ethnographic Museum offers insight into skiing as a new fashion.

The earliest skiing gear has even found its place in various museums such as the Pocar Homestead in Mojstrana in Triglav National Park. 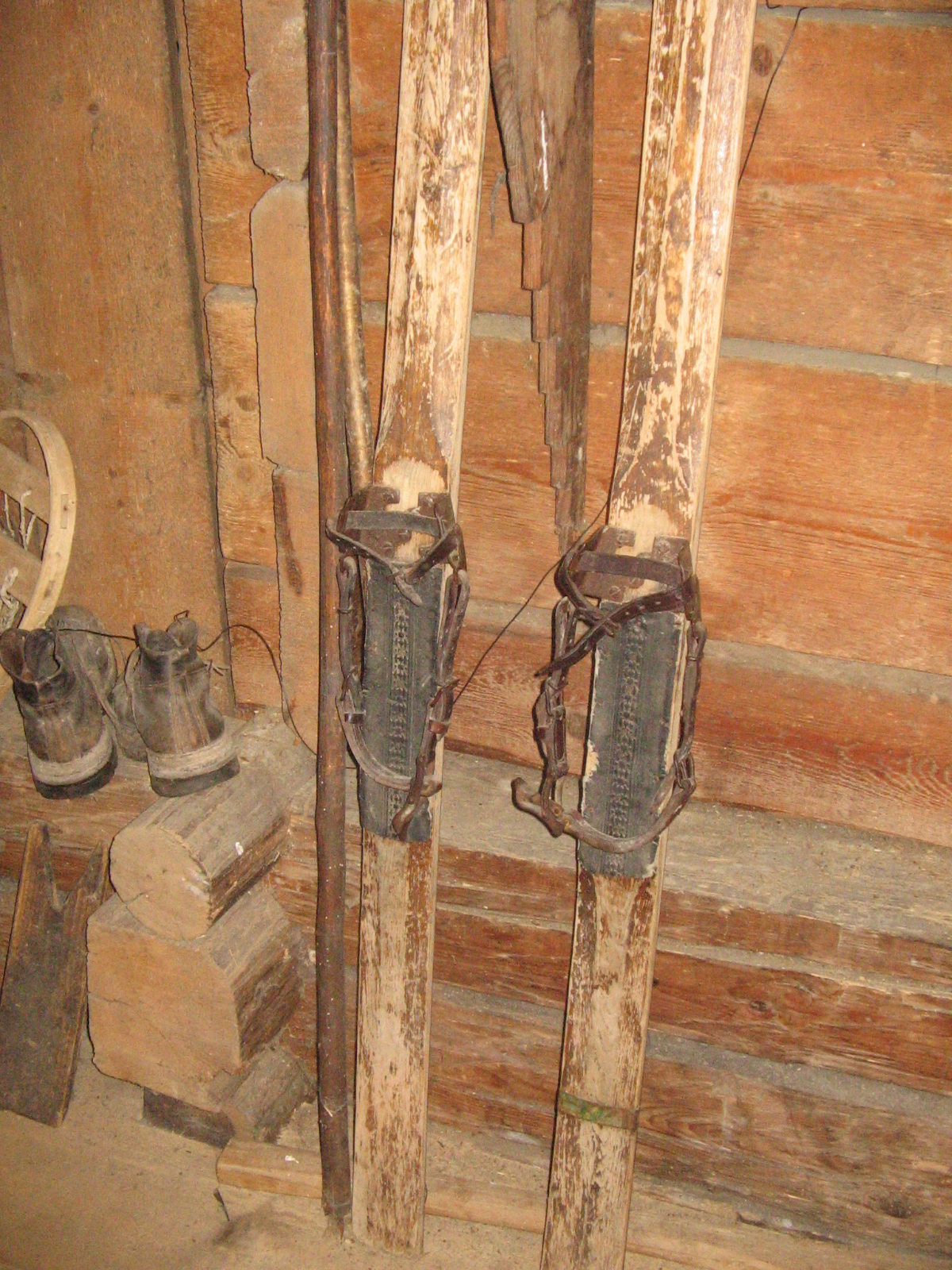 For the passionate, the Skiing Museum in the town of Tržič is a must. Opened in 2014, it offers a systematic display that connects the old times with the development of professional sport in Slovenia. It also holds some memorabilia of the celebrated sportsmen such as Bojan Križaj, a Slovenian ski champion from the 1980s.

The industrial aspect of the Slovenian skiing phenomenon is represented in the Elan Alpine Skiing Museum located on the premises of this legendary ski equipment manufacturer near Begunje which dates back to 1945. Millions of pairs of skis have been produced here to meet the needs of every skier – from a few years old kid, a Yugoslav soldier (a pair of whites is kept by the National Museum of Contemporary History) to the world-cup competitors. The somewhat nostalgic spirit of the Elan-loyal world’s best skier Ingmar Stenmark still roams the area, challenged by the contemporary gear of Slovenia’s most notorious free-styler, Filip Flisar. 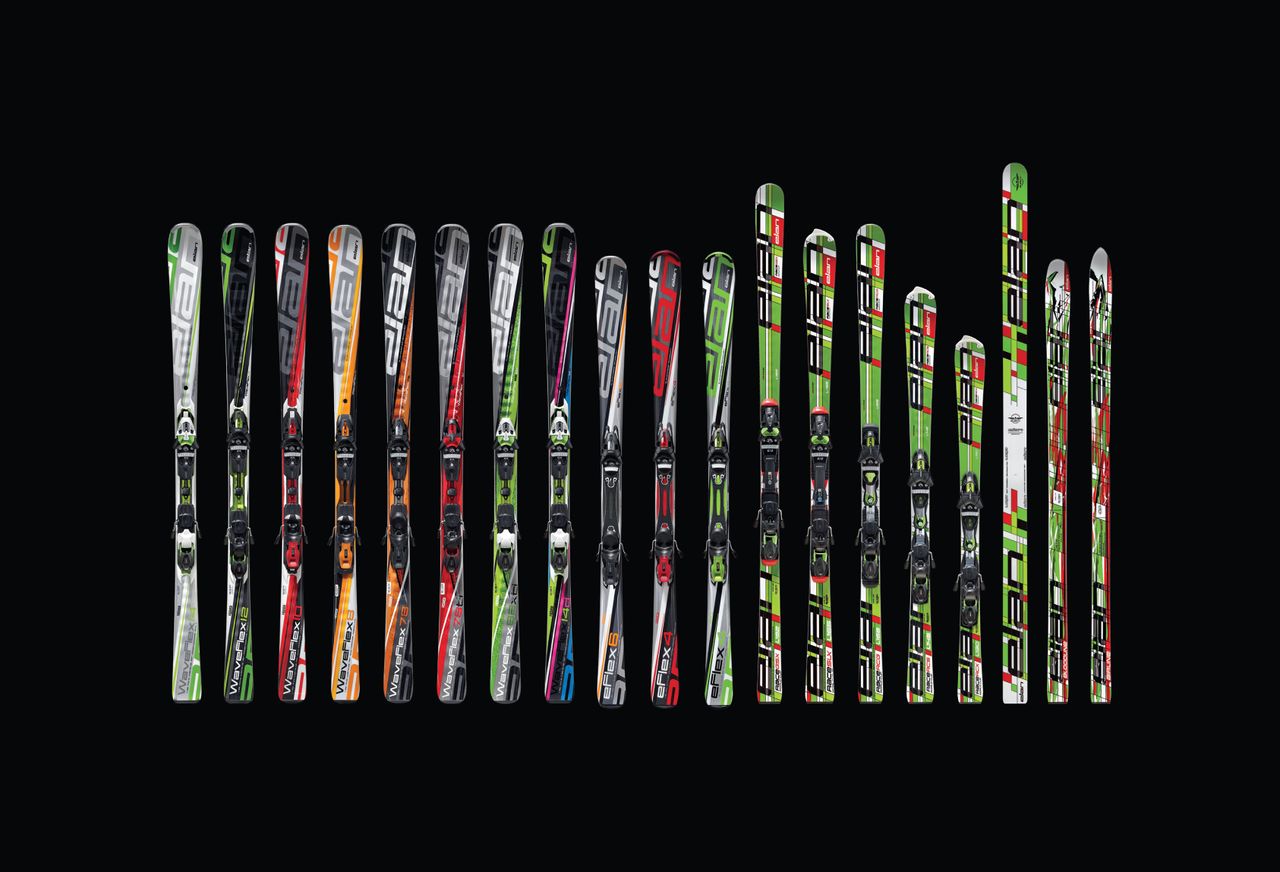 Close to the Elan factory, there is a private museum, celebrating the over four decades of the Avsenik Ensemble's activity which introduced Oberkrainer music to the world. Everyone knows the Avseniks' music, but not everyone knows that Slavko, one of the brothers, used to compete in the national ski-jumping team. When an injury prevented him from further pursuing his ski-jumping career, he opted for a music career and recorded his first few solo songs in 1953 for the national radio.

This story brings us to a particular location, which boosted the entanglement between media and ski-jumping. The Planica Valley has hosted the world championships since 1930 and has remained one of the country's landmarks. The technological innovations for the early days of direct television broadcasting and the popularisation of sport developed hand in hand. TV Ljubljana produced here its very first broadcast for Eurovision already in 1960! 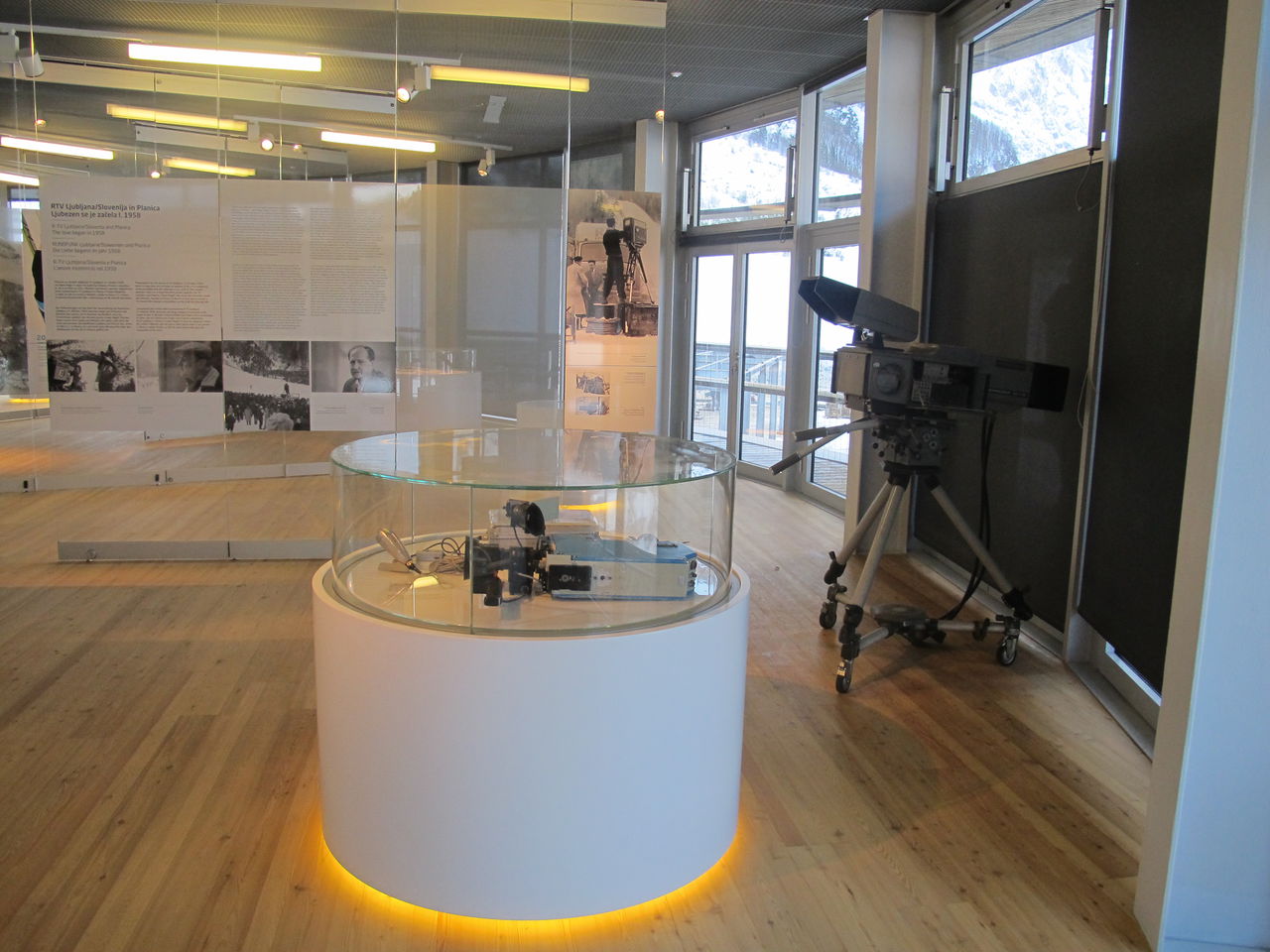 The Planica Museum, opened in 2015, pays respect to the sportsmen, ski-jump engineers and media pioneers who helped make the white circus of today. To see the first skis that jumped over 100 metres, however, one has to visit the sports collection at the Loka Museum in Škofja Loka. They belonged to Josef "Sepp" Bradl, an Austrian ski jumper, who made it in 1936, precisely in Planica.

A challenge of the 21st century

Winter is no threat to our health anymore. The development of winter sports has played its part in the cohesion of the Slovenian nation and has become integral for the development of modern industrial production as one of the country's most outstanding brands. The 2011 exhibition Designing the Republic at the Museum of Architecture and Design showed the design of Elan skis and the role of this company in the first 20 years of Slovenia as an independent country. Today, the popularity of skiing might be threatened, perhaps, by global warming on the one hand, and the economic crisis on the other. In any case, the Slovenian museums have it covered while still very much alive and kicking!

Retrieved from "http://www.culture.si/w/index.php?title=Skiing_in_the_Museum&oldid=310703"
... more about "Skiing in the Museum"
RDF feed
PostAuthor
Alenka Pirman +
Teaser100
Are you looking for sport in a museum? +
TeaserImg 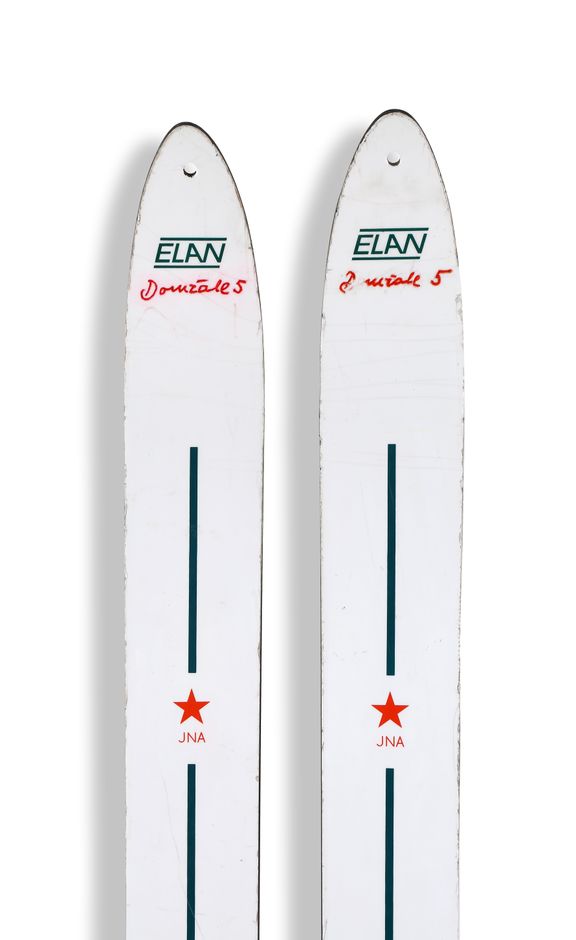