The festival's last edition took place in 2015; after that it went into hibernation, due to return one day.

Schengenfest is a summer music festival held on the banks of the Kolpa River in Bela krajina near the Croatian border. Established in 2008, with its attractive venue and a selection of well-known regional rock and pop acts, the festival has quickly grown to be the biggest festival of its kind in Slovenia, nowadays boasting an eclectic international line-up that manages to couple big rock bands with alternative hip hop, pop acts with metal gigs, and alongside has a techno and electronica stage.

Besides its musical programme, Schengenfest offers a wide array of other activities, like stand-up shows, sports competitions (setting up, for example, a volleyball, badminton, and basketball court), a "fun" park (with stuff like a trampoline and rodeo) and swimming in the Kolpa River – which is, naturally, one of its main attractions.

In 2014, the festival was prolonged to four days with the option of a week-long camping experience besides the river. The river delineates the Slovenian and Croatian territories, hence the name of the festival that alludes to the so-called Schengen border.

At first, Schengenfest was a rock festival with a slight pop bent, and it hosted musicians like Magnifico, Siddharta, Big Foot Mama, Dan D and also some bands of a more local character. Yet, very soon it added another stage with electronic music and in the years that followed, the stage of Schengenfest has hosted internationally established bands such as Kaiser Chiefs, Skunk Anansie, Guano Apes, HIM, Leningrad Cowboys, Parov Stelar, Gentleman & The Evolution, Dubioza kolektiv, Asian Dub Foundation, Morcheeba, David Morales, Pendulum, etc.

The aforementioned Siddharta and Big Foot Mama have become – along with some others – almost regulars of the festival, which has now hosted a very diverse bunch of Slovenian musicians like Niet, Muff, Zebra Dots, Leeloojamais, Noctiferia, Elvis Jackson, Vlado Kreslin, Zmelkoow, Klemen Klemen, and others. In 2014, the festival cooperated with Kino Šiška Centre for Urban Culture, who took over the main stage on the first evening and brought the South African hip hop act Die Antwoord, along with Kiril Djaikovski, High5, Laibach, and Moveknowledgement. 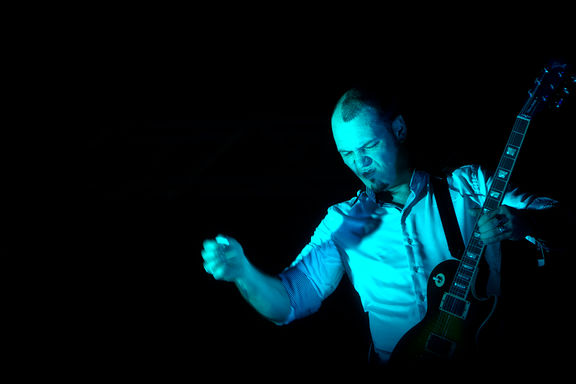