Moveknowledgement is a five-piece band whose beginnings go back to 2000 in Novo mesto. In the decade of their existence they have changed their base to Ljubljana, faced line-up changes and musically evolved and experimented with many music genres, from hip-hop, soul, dub, funk to post-punk. Band members not only like to experiment with sound, they are also innovative when it comes to visual art, for they promote art as a fusion of various disciplines (music, graffiti, poetry). Studio ZAP! helped to make an animated video, using collage technique, for Moveknowledgement's track "Sun Sun".

Moveknowledgement is known to be one of those bands who love being in a band especially because of live performances. Its live sets are powerful and energetic, which earned them a Bumerang award for the best Slovene live act in 2002. Moveknowledgement has performed not only at numerous club stages, but also on larger festivals or important events, such as Soča Reggae Riversplash, Trnfest Festival, Rock Otočec, Zmaj 'ma mlade Festival, 40th anniversary of Radio Študent, and many more. In 2001 they joined the caravan of new and undiscovered bands of the Club Marathon, organised by Radio Študent. In autumn 2011 they took part in two interesting events. One of them took place in Ljubljana and was a tribute to Nirvana's Nevermind 20th anniversary where they played their songs and made a cover of Nirvana's "Breed". The other interestins event Ko je*** Laibach?!, held in Belgrade, Serbia and Sarajevo, Bosnia and Herzegovina, was organised to promote hip contemporary Slovene musicians as a reminder to those who are nostalgically stuck in the 1980s with new wave Yu-music. Moveknowledgement has toured all over the former Yugoslavian countries, Eastern Europe, Germany, and France.

As the side project Moveknowledgement Free Pop Orchestra, they have pushed their eclecticism even further and performed as a psychedelic fusion of electro-noise and improvisation.

So far Moveknowledgement has released four albums, with which the chameleon-like band has managed to surprise its audience every time, moving from funk, jungle, soul, hip-hop, dub, rock to more pos-punk beats. Their albums include Sun Sun (Goga, 2003), Ant People (KAPA Records, 2005), Listen to Nebukadnezar (KAPA Records, 2007) and Pump Down!!! (Beton Records, 2011). Their latest album is so far the most guitar-based and has gained many good reviews, including praise for the artwork done solely by its members. Interestingly, the lyrics of the song "Pump Down" contain the names of all the ten songs from the same-titled album. 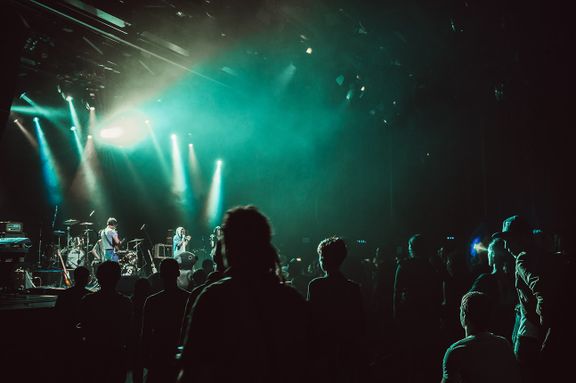