Founded in 1953, the Gorenjska Museum in Kranj collects, houses, researches, and represents the movable cultural heritage of the wider Gorenjska (Upper Carniola) region. The main permanent exhibition Beautiful Gorenjska is located at the Khislstein Castle in the centre of Kranj, the museum, however, manages also several sites in Kranj and smaller museums in the region.

The idea of establishing a museum in Kranj was born before World War I. In 1953 the Municipal Museum of Kranj was founded and had its seat in Prešeren House, the former residence of Slovene poet France Prešeren. In 1957 a second museum was established in Kranj: the Gorenjska Regional Museum, which was renamed to the Museum of the People's Revolution in 1961. The Gorenjska Museum was established in 1963 by the merging of the Municipal Museum of Kranj and the Kranj Museum of the People's Revolution. The following locations in Kranj were assigned to the new museum: Town Hall on Glavni trg (Main Square), Prešeren House, and a Baroque Palace on the street Tavčarjeva ulica. In 1993 the Baroque Palace was returned to its original owners. The Gorenjska Museum acquired new spaces in the Khislstein Castle, where its headquarters, administrative and service spaces were located until 2008, when the museum moved to a new location on Savska cesta, Kranj. Today the castle accommodates the museum's main permanent exhibition.

The mission of the Gorenjska Museum has been built on the basis of fundamental collections, such as the archaeological and ethnological collections of folk art and ancient, cultural and modern art history, as well as modernity, a Cabinet of Slovene Photography, the creative art of Gorenjska and "Prešereniana" – the study of the work and life of France Prešeren. The museum's collections and work are presented through exhibitions, publications, workshops, study circles, and lectures.

From the outset Gorenjska Museum has taken a keen interest in contemporary art and events in Gorenjska, which are continuously reflected in its gallery activities. The museum is also an active publisher, especially of the cycle Gorenjski kraji in ljudje [Places and People of Gorenjska].

The museum's library is a valuable research facility for many in-house and external scholars and interested parties, as it covers all the areas of the museum.

Today in addition to the Prešeren House the Gorenjska Museum also oversees the Kranj Town Hall, Khislstein Castle, Kranj Archaeological Site, the Museum of Alpine Dairy Farming, Stara Fužina, Oplen House, and the Tomaž Godec Museum. All the major museum branches are represented in the museum, along with a series of auxiliary services (a restoration and conservation workshop, historical archives, a photo-laboratory, a picture library, and a library).

There are numerous permanent and temporary exhibitions related mainly to Gorenjska region topics, held in the above locations. 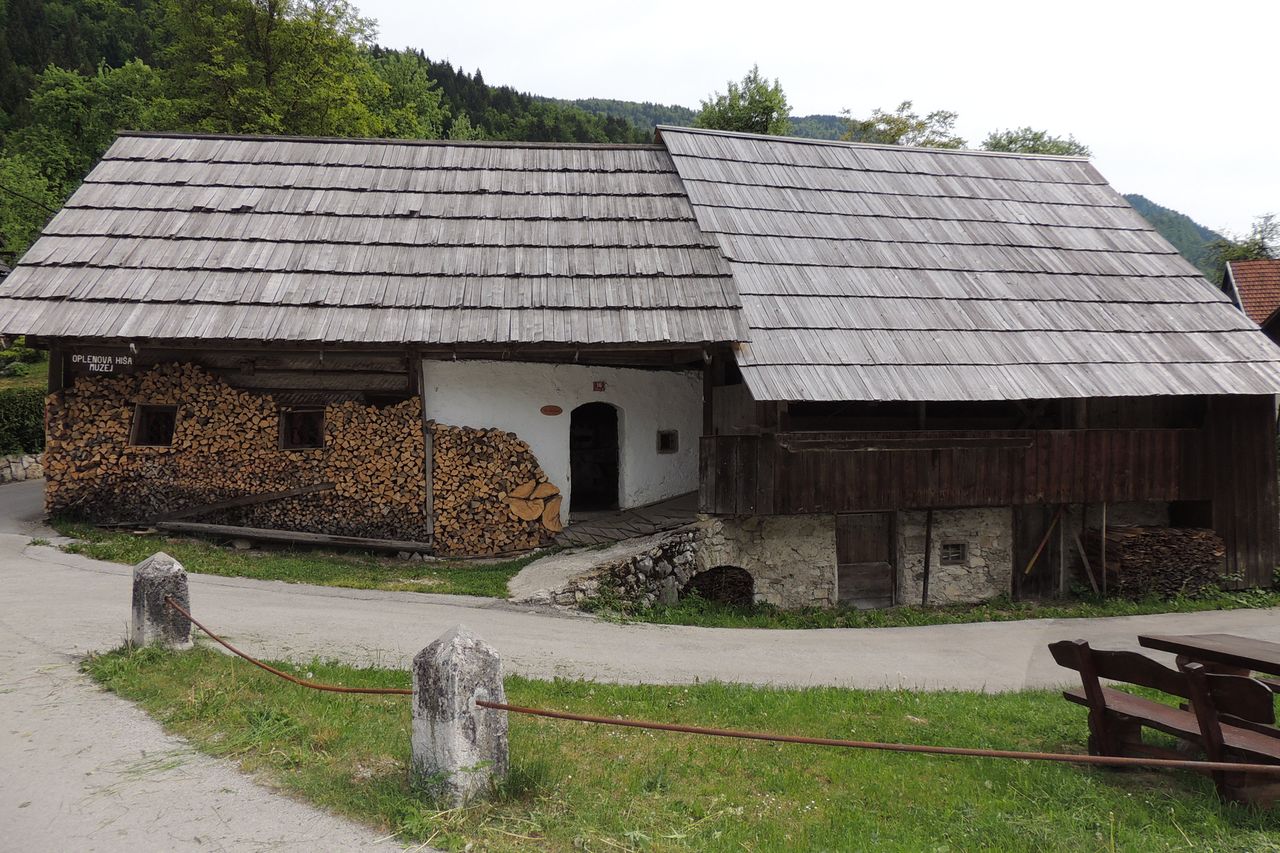 There are multiple collections in the main and branch units of the museum, divided and arranged according to the policy of each museum department. The Ethnological Department's notable collections include those of embroidery, wraps, and horse hair sieves. The Ancient History Department contains artefacts dating from the 18th, 19th, and the beginning of the 20th centuries. The Recent History Department collects and maintains materials on political, military and economy, mainly of the WW2 period, while the Contemporary History Department focuses more on the end of the 20th and the beginning of the 21st century. There is also the Archaeological Department which participates in numerous digs in the region and has organised the permanent exhibition The Iron Thread in the Kranj Town Hall.

The Art History Department's collection encompasses numerous sculptures and paintings by masters of the 15th through the 18th centuries, as well as works by Leopold Layer (1752–1828) and his contemporaries, and the realists of the 19th Century. The collection of Slovenian Modern Art is also extensive and includes works by Gorenjska artists and by the recipients of the Prešeren Award. The museum keeps also the Cabinet of Slovenian Photography, the oldest public collection of photographs in Slovenia (since 1970). There is also the Cultural History Department, which focuses primarily on the Prešeren House and the burgher life in Kranj.

The Gorenjska Museum participates in the Iron Route, an Interreg III B project for the Alpine area, which connects different and remote Alpine lands through a common history of mining and iron manufacturing. The 15-year-long archaeological research in the East Julian Alps was conducted in collaboration with the Triglav National Park and the Institute of Archaeology of the Scientific Research Centre (ZRC SAZU), Slovene Academy of Science and Arts. Iron Route reveals the early settlements in the high-mountains from the bronze age to the early middle ages. The in situ display panels were installed on five different trails above 1,500 metres altitude. The discoveries are presented also in a temporary exhibition in the Gorenjska Museum.

In the Bohinj area 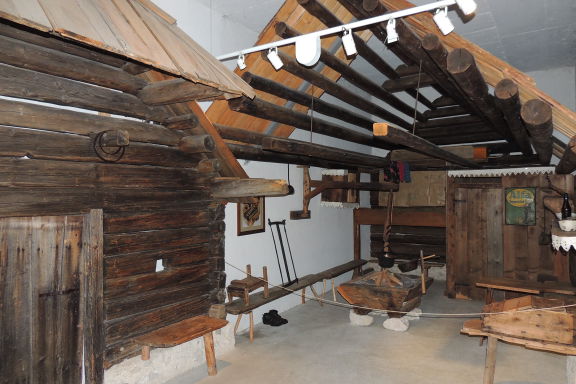 The first room in the Museum of Alpine Dairy Farming, Stara Fužina presents the interior of an alpine dairy hut with furnishings from the alpine pasture Zajamniki dated from 1849. 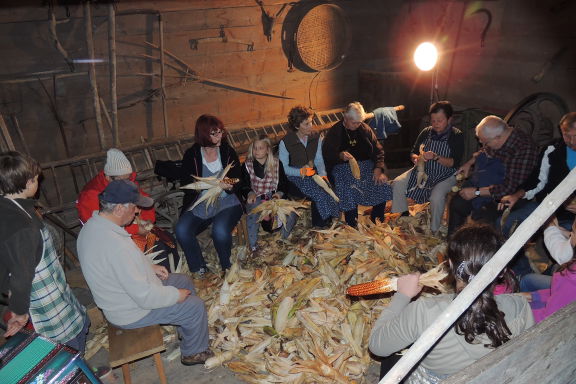 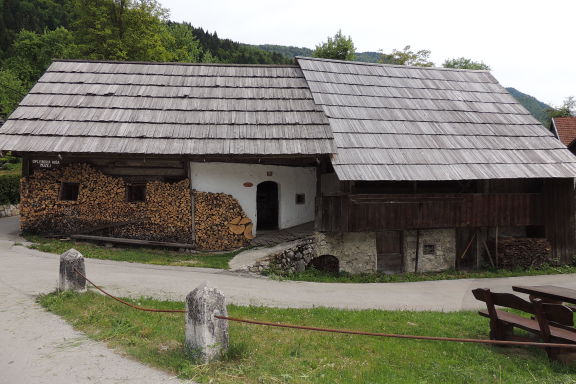 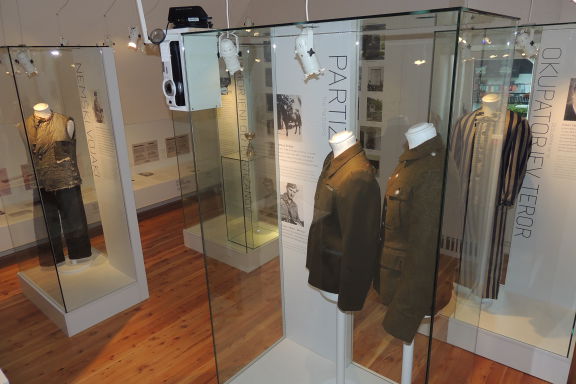 Bohinj 1941–1945 exhibition section at the Tomaž Godec Museum. It features the four dwellers of Bohinj, who during the World War II impersonated different roles: of an an agressor, a partisan, a priest and a prisoner, respectively. 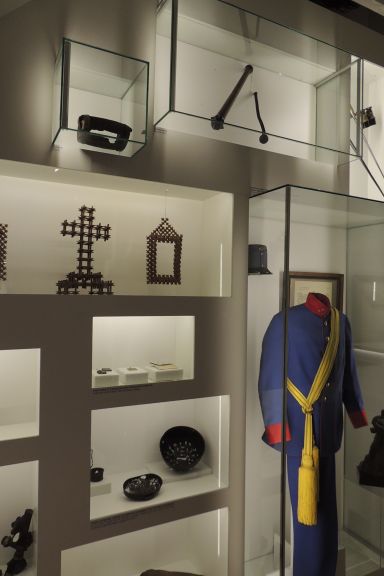