Several Slovene museums came together in 1970 to establish an informal organisation with the aim of enhancing networking and common objectives and needs. In 1979 the Association of Slovene Museums was formally enrolled in the commercial register as a society, which today operates as a public institution. The Association promotes museums' activities and offers a professional platform for the development of the education, conservation and documentation fields on the international level.

In May 2011 the Association of Slovene Museums organised the first Vesna Fair where 22 Slovene museums and over 50 artists, designers and craftsmen presented museum replicas and other objects of art, craft and design. Under the auspices of the Ministry of Culture the fair took place in the museum quarter, next to National Museum of Slovenia - Metelkova.

The Association of Slovene Museums helps educate, network and support Slovene museums by connecting them institutionally. It currently has 64 members, comprising almost all of the museums in the Slovene museum network and some, mostly private, working outside of it. Since 1992 the Association has organised the biennial Museum Fair, which affords its members the opportunity to present their activities on selected themes to the wider public.

Various departments are active within the association, the most prominent being those concerned with education, conservation and documentation. The association thus brings together different specialised museum experts and different museums with similar collections (such as the department for technical heritage).

Under the wings of the Association of Slovene Museums and initiated by the International Centre of Graphic Arts the event Museums on a Summer Night [Muzejska noč] takes place every summer on the 3rd Saturday in June in an effort to promote museums as spaces for relaxation and creative use of free time. Organised for the first time in 2003, the event now includes more than 80 museums, galleries and other art institutions across Slovenia who offer over 200 special programmes for more than 20,000 visitors. Since 2013 this popular event has been coordinated by the Technical Museum of Slovenia (till 2017) and Maribor National Liberation Museum.

The association also focuses on educating and training museum workers, organising professional visits to museums abroad and providing financial support to individuals that enables them to attend international conferences staged by organisations other than the International Council of Museums (ICOM).

From 1996 to 2003 the Association of Slovene Museums was a partner in Matra Project, which aimed to develop Slovene museum management. Part of the training included an excursion to the Netherlands, where 13 Slovene museum professionals and the representatives from the Ministry of Culture had the opportunity to get information and to meet volunteers. They were especially surprised to find that volunteers can also be the managers of museums.

At the same time the idea of developing a special Cultural Heritage Protection Act was introduced in Slovenia (realised eventually in 2008), which included a special Article on Volunteers; the City Museum of Ljubljana proposed the project Volunteering in Slovene Museums to the Association of Slovene Museums, which accepted it as a part of a 3-year plan 2007–2010; and Slovenia's Third Age University developed another international volunteer project Cultural Mediators in Museums.

The Association of Slovene Museums as an active member of the Network of European Museum Organisations (NEMO) took part in 2009 in the European project Volunteering in Museums and Cultural Heritage. 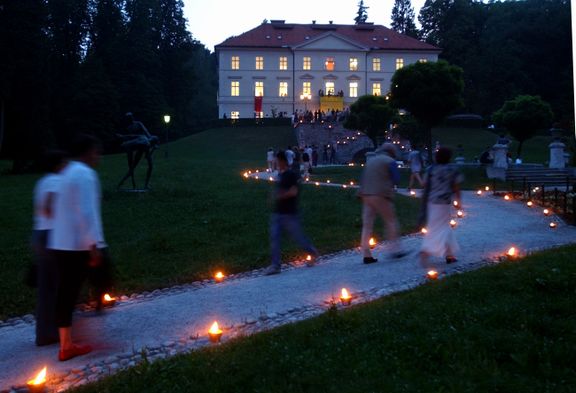