The ZOO Club closed in June 2017. The 2018 edition of the Urbano Dejanje festival will take place at the Tobačna Street, Čin čin bar and K4 Club in August. Below you can read an archival article about ZOO Club.

Established in 2014, ZOO Club runs one of the most diverse programmes of live and clubbing music in Ljubljana. With gigs usually held several nights per week, one can hear everything from jazz and blues to techno and dubstep. The performances take place at one of the two floors (and during the season also at the summer garden) of this medium-sized club with a joint capacity of about 400 people. During the day, the place also functions as a bar and a bistro.

The club is located in the former Tobačna cigarette factory in Ljubljana, at the premises where a rather infamous club known for wild carousing used to be run for many years. The factory grounds have now gradually developed into a rather extensive administrative and cultural centre. This quarter, sometimes called the Tobačna Cultural Quarter, is also the venue for Urbano Dejanje, a summer festival organised by ZOO.

ZOO combines its own music programming with that of hosted partner crews and is open to other organisers as well.

Probably the most known series of weekly events at ZOO are its Jazz Mondays. They have fast grown into a staple part of Ljubljana's music scene, and a significant part of Slovene jazz musicians (especially those of a more straight-ahead variety) has already graced the club's stage. Together with their respective bands there were Jure Pukl, Igor Lumpert, Lovro Ravbar, Uroš Perič, Jani Moder, Ratko Divjak, Peter Ugrin, to name a few.

The weekends, usually run by various outside crews, are more or less reserved for electronic music. The visitor can stumble upon everything from techno, deep house and psy trance to trap, drum'n'bass and reggae. Of the DJs hosted one can mention Petar Dundov (HR), Sandrino (DE), the footstep legend Traxman (US), Torulsson, Tunnidge (UK), Sonic Entity (RS), etc. The summer garden is usually reserved for reggae vibes, funk, hip hop and such.

Together with the Lightbox creative studio, ZOO Club is setting up Urbano Dejanje, a festival dedicated to Ljubljana's urban subcultures (from break-dancing and skateboarding to graffiti art) are accompanied by concerts and club nights. It hosts musicians of a rather varied profile such as Dan D, Klemen Klemen, Jardier, Bowrain, Severa Gjurin, Elvis Jackson and General Woo (HR). 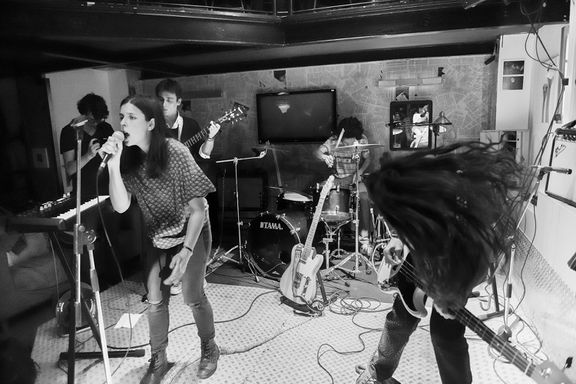