The Cerknica Culture House [Kulturni dom Cerknica] is the central cultural institution in the town of Cerknica and its surrounding region. The Cultural house was established in 2006 and is now run by the Public Institute of Notranjska Regional Park. It is stationed in the former centre of the gymnastics society Sokol [Falcon], which was renovated and turned into a modern cultural venue.

The square in front of the Cerknica Culture House, featuring a statue of a famous fictional character from Slovene literature, Martin Krpan, 2017

In order to foster a quality cultural scene it runs a varied and ambitious programme that includes music concerts, theatre and puppetry performances, stand-up shows, film and animation screeenings, and various programmes for children. It plays an important role in facilitating local amateur theatre groups and is also collaborating with other cultural initiatives in the region.

The culture house has a medium-sized hall for about 200 people and is well equipped with sound and lightning equipment. The hall and other facilities may be rented by outside parties as well. The centre's patio enables outdoor activities such as concerts and other public gatherings. 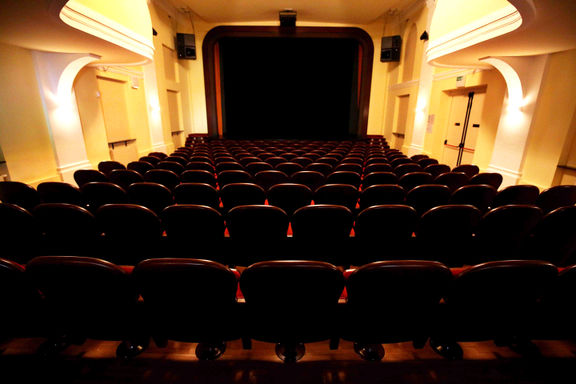 The auditorium of the Cerknica Culture House, 2017