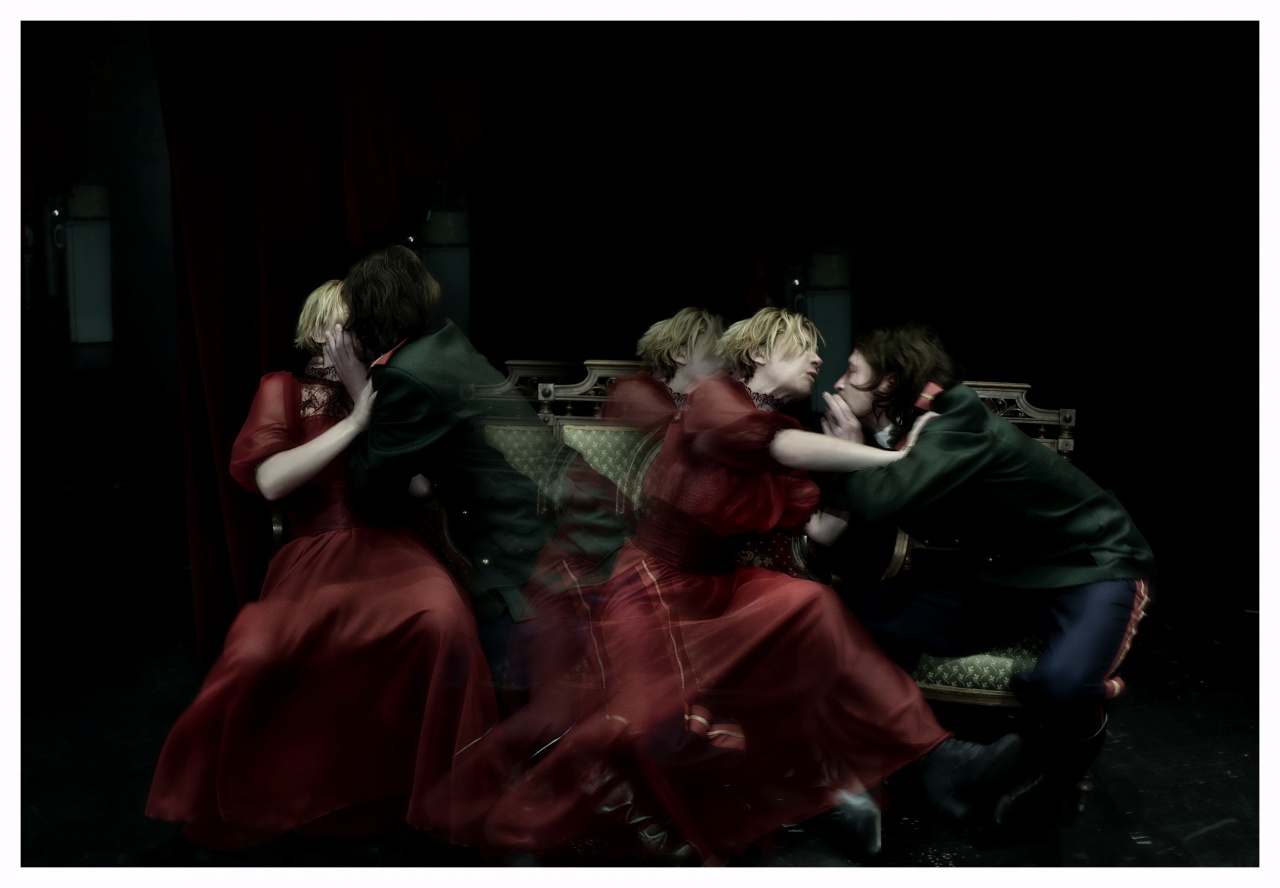 The Prešeren Theatre Kranj was established as a professional theatre in 1950. It is one of the smallest professional theatres in Slovenia, with a complete cast of only 10 actors. Prešeren Theatre is a repertory theatre which stages around 4 premières per season, which are often awarded at Slovene theatre festivals. Since 1970 the theatre has organised the annual Week of Slovenian Drama, a showcase of the most successful performances based on a Slovene play or text and staged in the last season by Slovene theatres.

During the first years of Prešeren Theatre's existence, it became known for experimental stagings, the introduction of modernist dramaturgical elements, and the first stagings of a number of drama texts, especially from the Anglo-Saxon area. The first Slovene staging of a text by Jean-Paul Sartre took place precisely in Prešeren Theatre Kranj, in December 1954. In the late 1950s, the political climate in Slovenia was not favourably disposed toward the theatre, which resulted in the theatre's suspension in the season 1957/58 and one of the biggest cultural scandals in the time of the communist regime in Slovenia. The theatre continued with its production as an amateur theatre until 1989. During this period, in 1971, it organised for the first time an overview of the stagings of Slovene dramatic texts, the now already firmly established annual festival – Week of Slovenian Drama, which proved to be of extreme importance for the artistic renown of the theatre and the subsequent professionalisation of the theatre in 1989.

In its repertory Prešeren Theatre Kranj aims to include the plays by most visible contemporary national and international authors and present the most ground-breaking and original contemporary works by following the world trends in playwriting. Thus, it has recently produced plays by authors such as Paula Vogel, Roland Schimmelpfennig, Mark Ravenhill, Elfriede Jelinek, Martin Crimp, and Jaan Tätte. It also produces comedy works, such as the highly successful stagings of Desa Muck's best-selling youth novels Dead Serious About (Blazno resno ...), Partnership (Partnerski odnosi) (2008) by Tone Partljič, Mr. Chance (Gospod Chance) (2008) by Jerzy Kosinski, etc. The theatre has also entered several Slovene co-productions, for example, with the Ex Ponto International Festival in the performance Life in the Shadow of the Banana Plant (Življenje v senci bananovca) (2007) and with Anton Podbevšek Theatre in the 2010 performance The Bondsmen – Commented Edition (Hlapci - Komentirana izdaja) based on Ivan Cankar's play and directed by Matjaž Berger. Prešeren Theatre Kranj also includes in its programme performances by other Slovene production houses, for example, Koper Theatre, Glej Theatre, Mini Theatre, etc.

Prešeren Theatre Kranj and the members of its ensemble often receive prestigious awards at Slovene and international theatre festivals. In 2009, the performance Highway Crossing or a Tale of a Goldfish (Prečkanje avtoceste ali Zgodba o zlati ribici) (2008) was voted by the audience as the best performance at the Slovene Festival of Chamber Theatre (SKUP), the ensemble received the Little Golden Stick Award for acting achievement in the performance Cat the Slipper Cobbler (Muca Copatarica) (2009) at the 2009 Golden Stick Festival in Ljubljana, in 2008, Mateja Koležnik's performance Miss Julia (Gospodična Julija) (2008) received the SKUP Award for best performance and best direction, while the members of the ensemble have been awarded with the Sever Award (Primož Pirnat in 2009, Peter Musevski in 2007) and special mentions of the Slovenian Association of Dramatic Artists (Vesna Slapar in 2008). In 2001, the theatre was awarded the Grand Prix at the Golden Lion Festival in Umag, Croatia, for the staging of How I Learned to Drive (Kako sem se naučila voziti) (2001) by American author Paula Vogel, while the play Mayor’s Micka (Županova Micka) (2001), directed by Vito Taufer, was voted the best performance at the Week of Slovenian Drama in 2002.

Prešeren Theatre Kranj also organises the annual Week of Slovenian Drama, which presents the most successful Slovene plays staged at home and internationally. The theatre aims to further expand the international part of the festival by devising round-table conferences involving famous dramatists, theatre experts, producers and publishers, whilst also trying to present more foreign plays based on Slovene drama texts. The festival presents the Grum Award for best original Slovene play and the Grün-Filipič Award for excellence in dramaturgy, as well as the jury-selected Šeligo Award for the best performance of a Slovene play at the festival and the audience-voted Audience Award.

In 2014 the Šeligo Award for best performance went to the performance 25.671 about the Erased, directed by Oliver Frljić, created by the Prešeren Theatre Kranj ensemble. 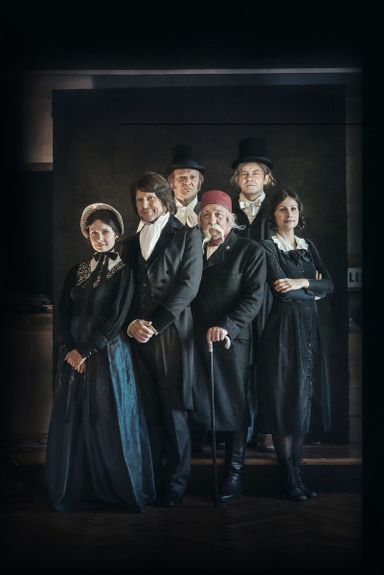 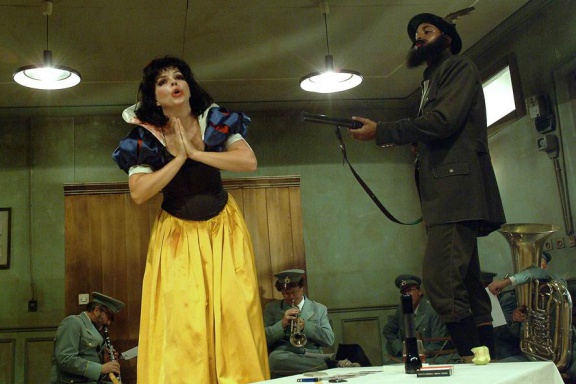 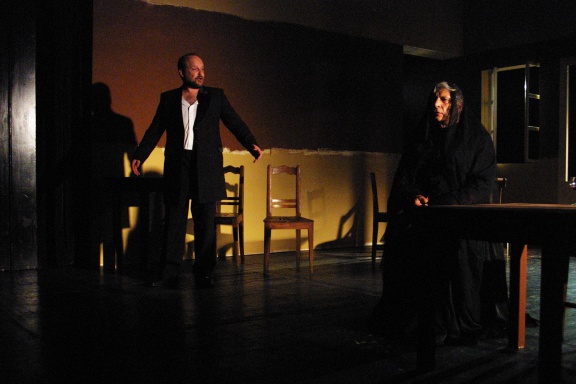 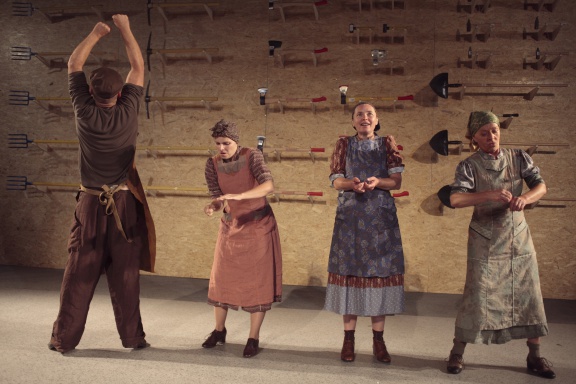 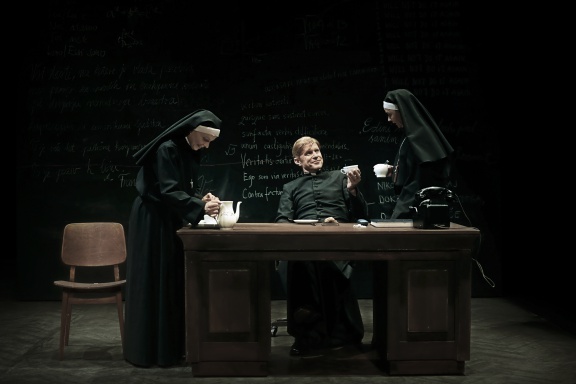 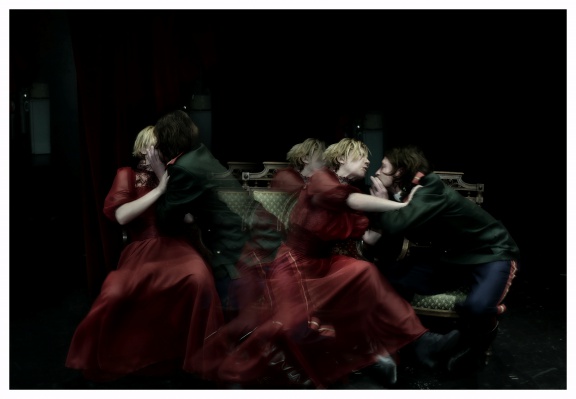