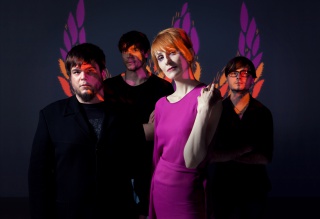 Werefox, an all-star music group from the lands of Prekmurje, continues the rock harshness and vocal poetics descending from the extremely distinctive musical heritage of this productive Slovene region and follows in the line of bands such as Psycho-Path, Manul, and Sphericube. It's no minor detail that the group consists of ex-members of listed bands, starting with both Werefox founders Sašo Benko Bekko) on guitar (ex-Manul) and Melée on vocals (both ex-Psycho-Path), and David Halb on drums and Manuel Hahn on bass (both ex-Sphericube).

Formed in 2011, Werefox already carry an impressive concert history. Their first show in MIKK in November 2011 was followed by a performance on the TRESK Festival and later on the Slovenian Music Week. As supporting act they opened for Lamb and My Bloody Valentine in Kino Šiška and Paramount Styles in MIKK. Werefox was also part of the special concert event dvatisoč11 organised by Specialka team, joining five Slovene bands which played a prominent role in 2011.

In the beginning of 2013 Werefox performed two début album release gigs, first one in Kino Šiška and second one in MIKK. Their second album was first presented at MENT Ljubljana. 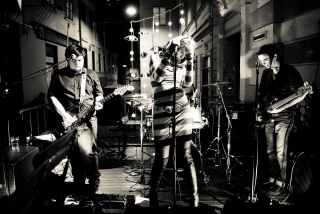 Werefox's music is heterogeneous, groovy, and pervasive, wandering between alternative rock and post-punk, with sexy poetic vocals contributed by the charismatic frontwoman Melée. Not to tangle too much, Werefox is what they already discovered by themselves, experimental love music. Their début album named I Am Memory was released in January 2013 under God Bless This Mess records. The second one was released on Moonlee Records in 2016. 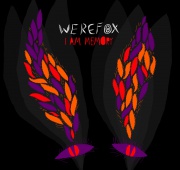 Cover of I Am Memory by Werefox published by God Bless This Mess Records, January 2013
Retrieved from "https://www.culture.si/w/index.php?title=Werefox&oldid=226741"
Categories:
Hidden categories: