Embassy of the Republic of Slovenia Tel Aviv

Other representatives of the Republic of Slovenia in Israel include the consulates in Tel Aviv and Bethlehem.

Contemporary visual art production was presented by the Irwin collective: in 2010 at the The Eye of the State exhibition at the Israeli Centre for Digital Art in Holon and from September to December 2013 with the Corpse of Art, a mixed-media installation at the Other People’s Problems: Conflicts and Paradoxes exhibition at Herzliya Museum of Contemporary Art. 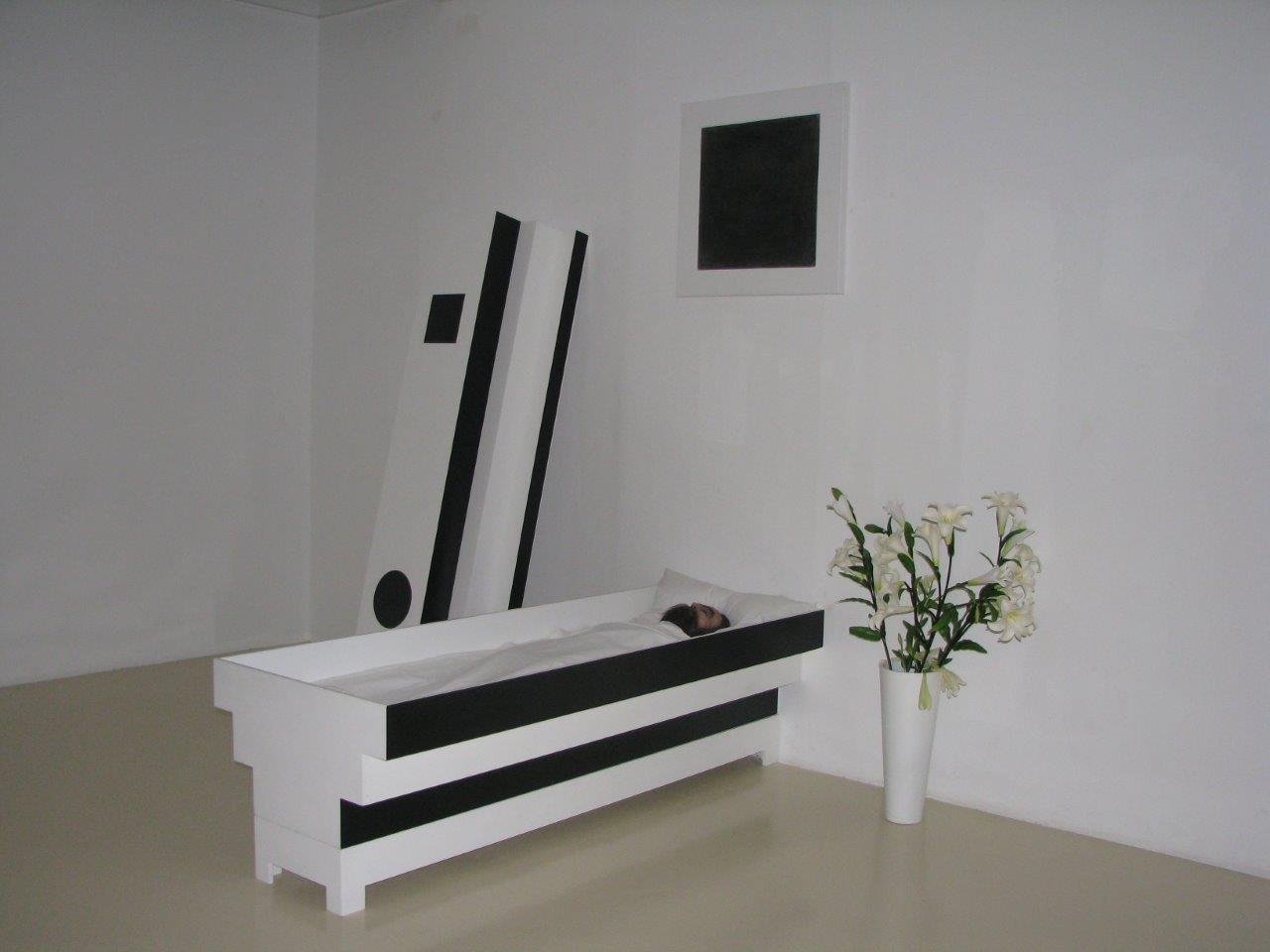 Corpse of Art, a mixed-media installation by Irwin at the exhibition Other Peopleâs Problems: Conflicts and Paradoxes at Herzliya Museum of Contemporary Art, 2013

Zdenka Badovinac (Museum of Modern Art) participated at the Art TLV 08 international panel of curators from Istanbul, Moscow, Ljubljana, and Herzilya (north of Tel Aviv), and video artist Nataša Prosenc was invited to the exhibition Sounds & Visions, Artists' Films and Videos from Europe within the Yafo Centennial at Tel Aviv Museum of Art in 2009. Some photo exhibitions took place in Tel Aviv and Givatayim (Photos by Arne Hodalič). 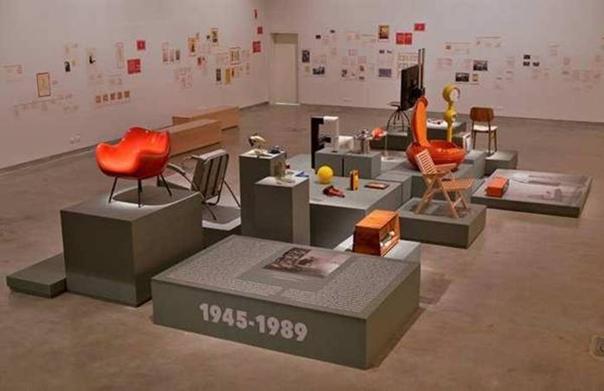 In September 2013, Boštjan Hladnik's classic film Dancing in the Rain [Ples v dežju] (1961) was screened at the 29th Haifa International Film Festival. End of 2013 the first retrospective of Slovene film takes place at Haifa, Tel Aviv and Jeruzalem Cinematheque, accompanied by a meeting of film producers.

In 2014, the Class Enemy, a film directed by Rok Biček, won a Special Mention at the Haifa International Film Festival.

Students and professors from the University of Ljubljana's Academy of Theatre, Radio, Film and Television (AGRFT) regularly participate at the one of the largest student film festivals in Tel Aviv, the TAU Film Festival. Some of the young authors have even been awarded, for example, Matevž Luzar.

The embassy has promoted many Slovene artists and art groups from the field of dance, including En-Knap Productions, for a retrospective of choreographer Iztok Kovač's opus at the VDance festival in 2007 in Tel Aviv. Edvard Clug's Radio & Juliet ballet produced by Slovene National Theatre Maribor was presented in Herzliya and at the Karmiel Dance Festival, the largest Mediterranean dance festival in 2007, while Slovenian performer and choreographer Jurij Konjar performed Bach’s Goldberg Variations at the 24th Room Dance Festival 2012 at Hateiva in Tel Aviv.

In 2013 the Ljubljana City Theatre (MGL) participated at the Cameri's Hanoch Levin International Festival with the production Requiem. The performance, the director Matjaž Zupančič, the choreographer Iztok Kovač, and the cast all received excellent reviews from Israeli theatre critics in Yediot Achronot and Haaretz daily newspapers. 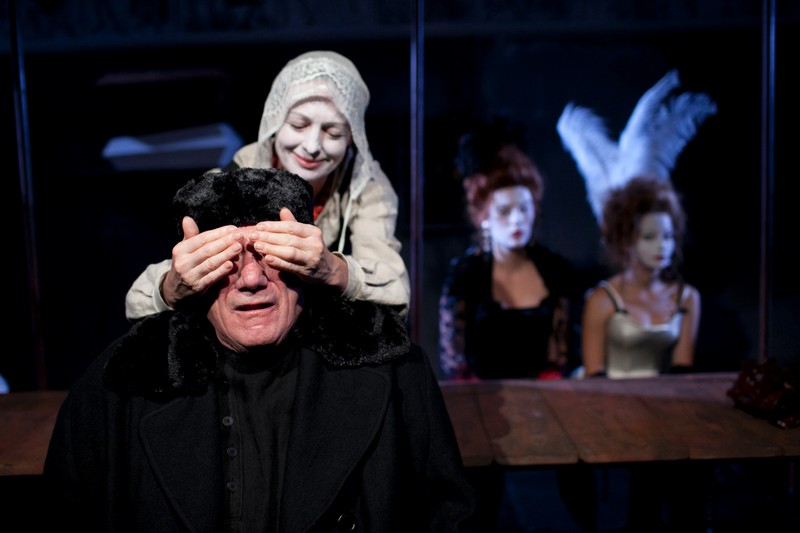 An official event to mark the end of the six-month Slovenian Presidency of the European Union in June 2008 was a concert performance by the folk music ensemble Katalena at Einav Cultural Center in Tel Aviv. Violinist Anja Bukovec performed at the World of Classics Festival at the Tel Aviv Performing Arts Center in 2008, the violinist Žiga Brank at the Ra'anana Music Center in 2011, and jazz player Gašper Bertoncelj who played at the International Jazz Summit Australia– Slovenia–Israel at the Mandel Cultural Centre in Tel Aviv (Jaffa) and at the HaSimta Theater in Tel Aviv in 2013.

In 2012 Barbara Pogačnik who works on the first anthology of Slovene poetry in Hebrew, was a resident in Israel. In Jerusalem she was hosted by Musrara, The Nagar School of Photography, Media, new Music, Animation & Phototherapy that organised the poetry evening in the Ktovet Leshira Cultural House. Pogačnik and Dr Hava Pinhas Cohen introduced prominent Slovene poets (e.g. Dane Zajc, Tomaž Šalamun,Veno Taufer) in Hebrew and Slovenian. The event was followed by the poetry reading in Tel Aviv where two further translators from Slovenian into Hebrew, Miriam Steiner Aviezer, Slovene-Israeli poet, and Dina Katan Ben-Zion were present. Eventually Barbara Pogačnik participated in the translation workoshop programme of the International Poetry Festival Nissan in Maghar Village in the north of Israel.

In the forthcoming Anthology of Slovene Poetry the poems by 40 Slovene poets have been translated into Hebrew by Barbara Pogačnik, Dr Klemen Jelinčič Boeta and Dr Hava Pinhas Cohen. 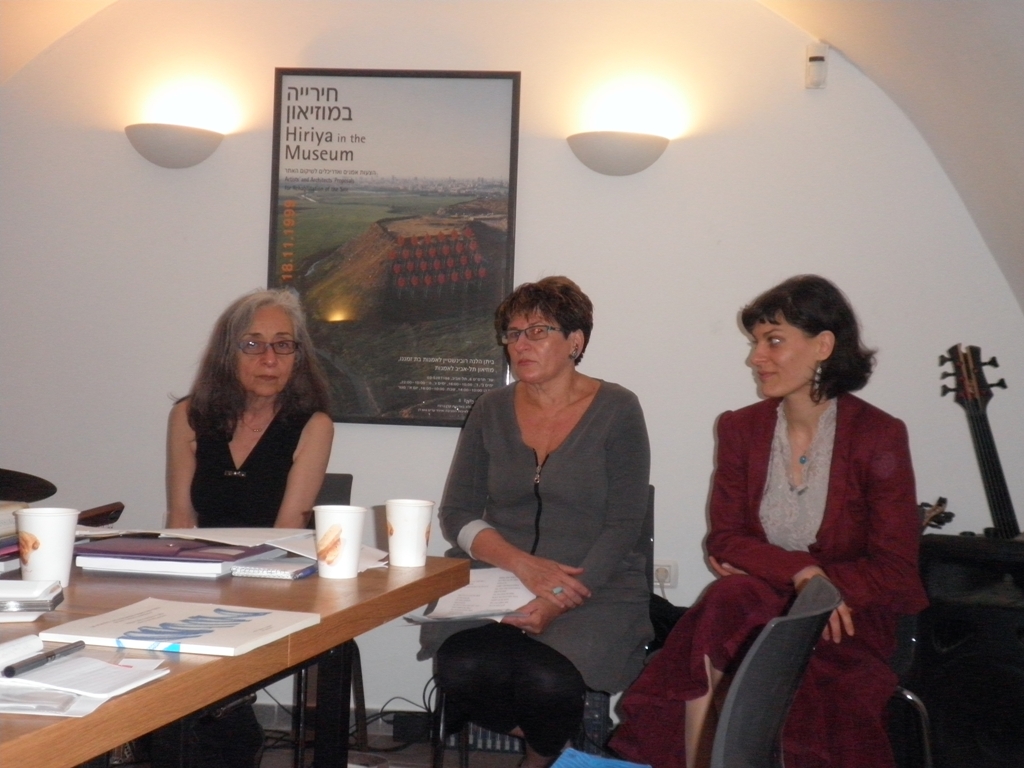 The embassy promotes exchanges in the spheres of education and science according to a bilateral agreement. Scholarships are offered annually for undergraduate and postgraduate students from Slovenia to study in Israel (Hebrew or other Israeli-related subject), and three nine-month scholarships are offered each academic year for Israeli postgraduate students to study in Slovenia. 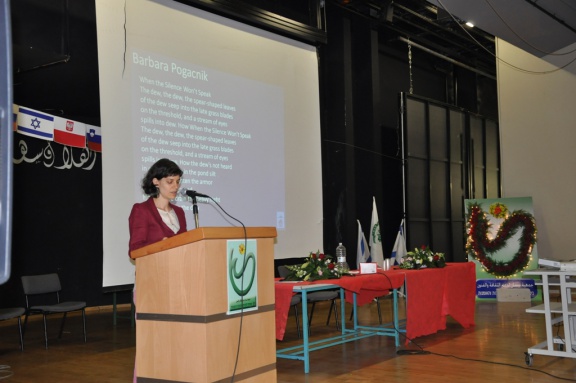 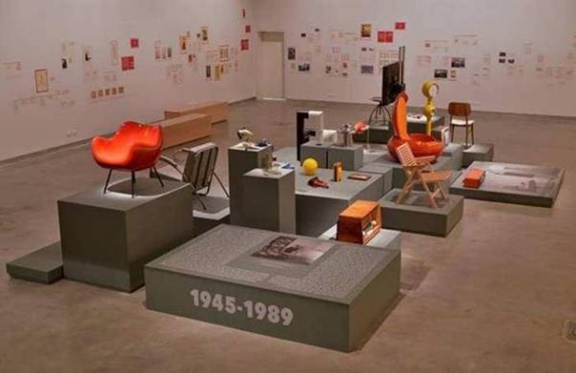 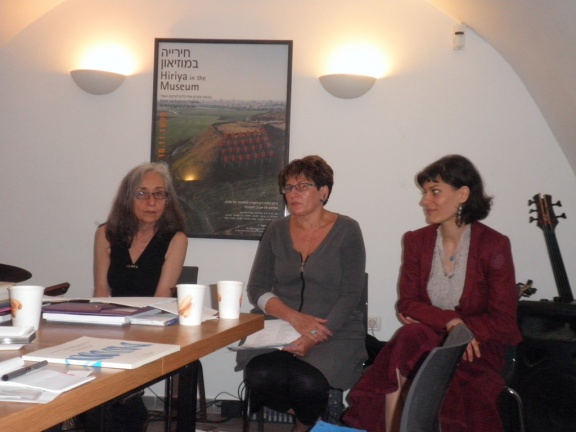 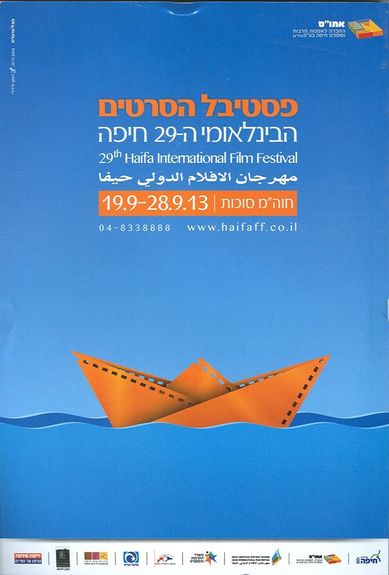 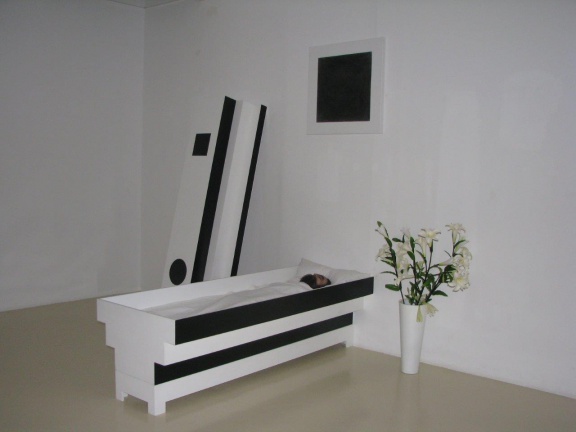 Corpse of Art, a mixed-media installation by Irwin at the exhibition Other Peopleâs Problems: Conflicts and Paradoxes at Herzliya Museum of Contemporary Art, 2013 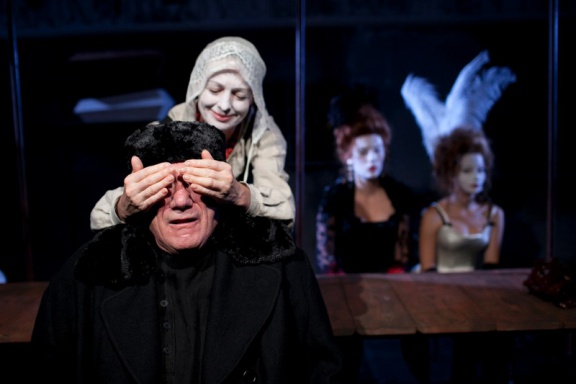