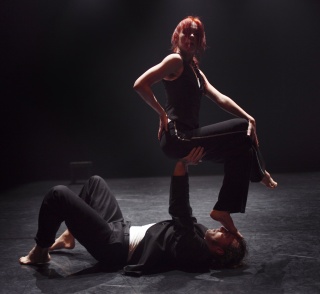 Ljubljana Dance Theatre was initiated by the choreographer and dancer Ksenija Hribar (also one of the co-founders of the London Contemporary Dance Theatre and recipient of the Župančič Award of the City of Ljubljana) and co-founded with the choreographer and director Damir Zlatar Frey. The establishment of the theatre presented a decisive step towards the professionalisation of contemporary dance in Slovenia and the then-Yugoslavia. Under the artistic leadership of Ksenija Hribar (Damir Zlatar Frey left the theatre in 1986), PTL was an open dance-theatre group that created a number of stylistically ground-breaking and widely influential performances. Until 1996, when PTL obtained its own rehearsal and performing spaces in the Prule neighbourhood of Ljubljana, the majority of performances were presented on the stages of Cankarjev dom, the Mladinsko Theatre, Kapelica Gallery and elsewhere. During the following years, the theatre was led artistically by Ksenija Hribar, Matjaž Farič and Sinja Ožbolt.

During 35 years of creative activities, over 300 full-length dance-theatre productions, experimental projects, and performances for children have been staged. Several of them have won important (also international) awards. Nowadays, PTL functions as an umbrella production house to several acclaimed choreographers with very different modes of aesthetic expression, such as Tanja Zgonc, Sinja Ožbolt, Rosana Hribar and Gregor Luštek, Veronika Valdés, and Maša Kagao Knez. PTL collaborates with the majority of Slovene independent institutes and regularly engages in international co-productions. Its productions frequently appear at the Gibanica (Moving Cake) Festival of Slovene Dance, which it has been co-organising since its beginnings in 2003. Each year, Ljubljana Dance Theatre also produces a début by an emerging maker, offering rehearsal spaces and post-production support.

PTL is member of the International European Theatre Meeting (IETM); Keđja, the Baltic-European Dance Network; Generator Dance Platform, with partners from Austria, Croatia, Italy and Serbia; and, since 2018, of Be SpectACTive!, a large-scale European cooperation project co-funded by the Creative Europe Programme of the EU, which operates in performing arts through artistic productions and participatory practices aimed at involving the citizens and spectators in creative and organisational processes.

For a list of PTL's partners and co-producers see below.

In 2008, PTL's team launched the biennial festival Ukrep (Taking Measures) – Festival of Dance Perspectives. Attempting to redefine the emancipatory potential of contemporary dance and performing arts practices, the festival focuses on presenting emerging (contemporary) dance makers and aims for the strategic development of contemporary dance in Slovenia, also through a number of discussions and theoretical/dramaturgy workshops organised in the festival's side programme. 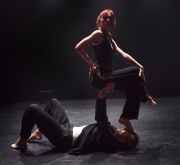